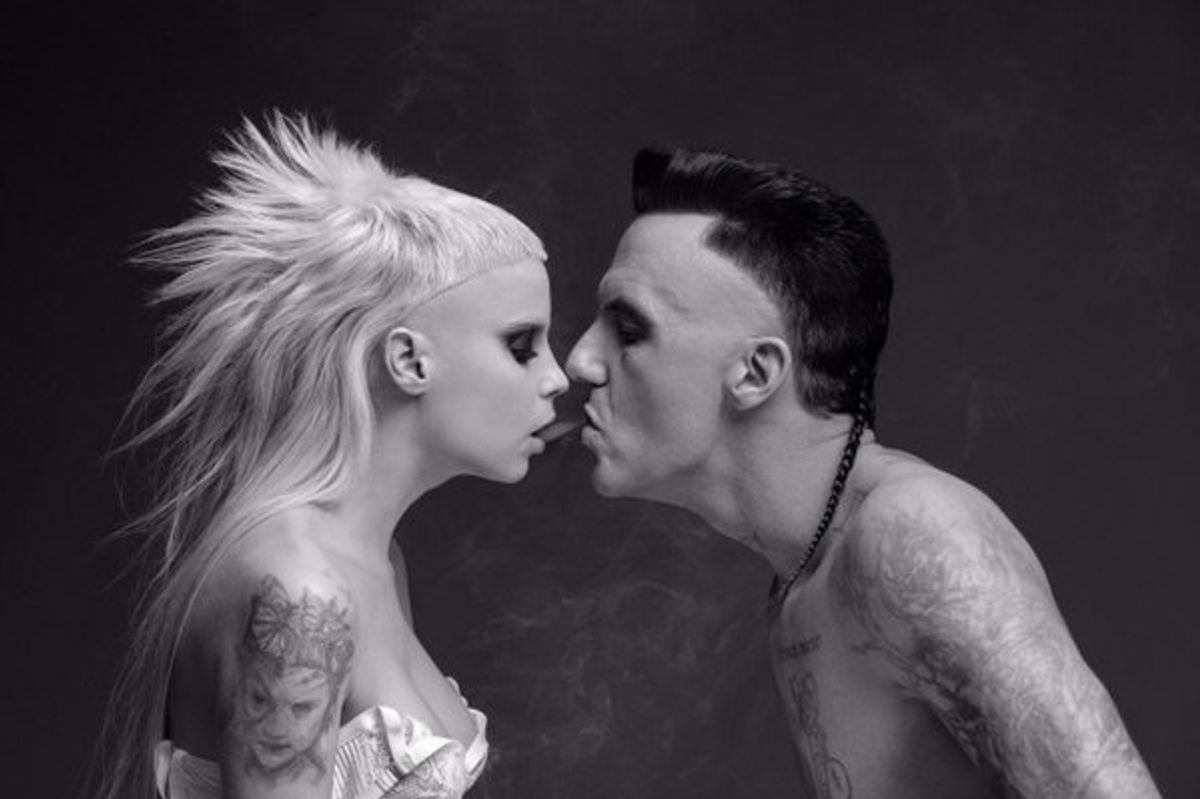 And, yeah, it's referencing exactly what you think it is. According to an "artist statement" made by Die Antwoord's Ninja, he gives us an explanation for the origins of the song that goes something like "a girlfriend of mine sent me a voice note in a VERY spanish accent, that ended something like: 'I LIKE TATTOOS BUT I WONT GET A TATTOO ANYWHERE, EVEN IN MY BUM.'"


"She obvz meant 'ON MY BUM' but she don't speak English too good," he continues, explaining that he then asked producer GOD to make a loop out of the voice sample -- which he then proceeded to rap over with ample assplay innuendoes. Listen to it for yourself below.