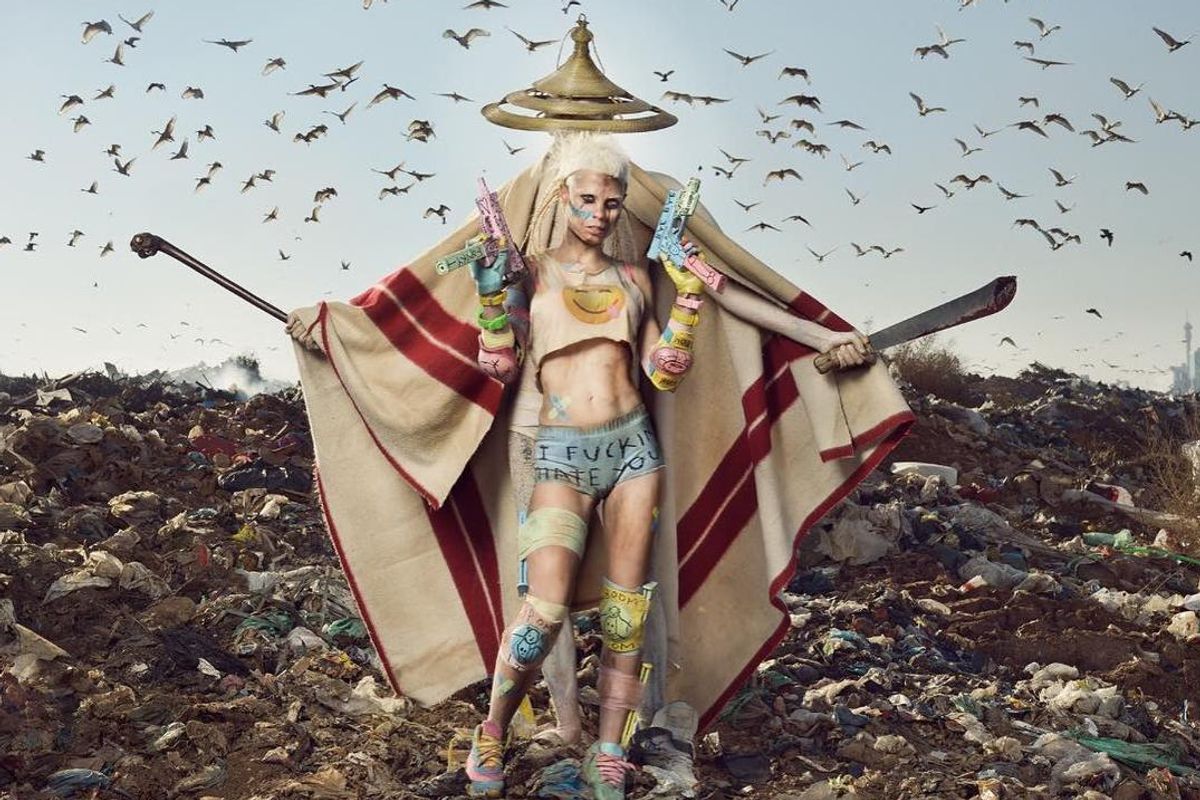 Were you thirsting for more Die Antwoord? Well, then you're in luck. The South African duo have released another single from their upcoming album Mount Ninji and Da Nice Time Kid. "Fat Faded Fuckface" is not as overtly provocative as another recent release, the Oscar-Pistorius-referencing video for "Banana Brain," instead opting for a downright laconic recitation of insults (lotta "fuckfaces" tossed around) over a minimal beat.

Get 'em while you can, because the sun has begun to set on Die Antwoord's musical existence. Ninja told Exclaim! in an interview that Die Antwoord would dissolve in September 2017, with their final hurrah an art project for the Museum of Contemporary Modern Art Africa in Cape Town and a movie.