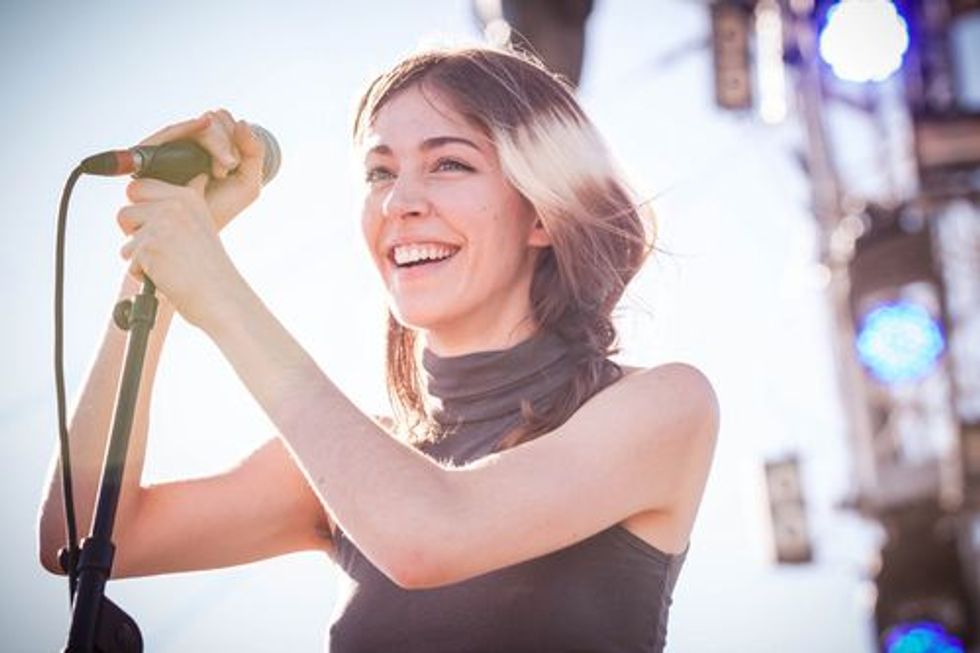 "Ch-Ching" has been performed since first written in 2013, and its composition and sound is a huge leap for the popular indie band.

Moving away from their characteristic new-wave, the twosome offers up a slinky fusion that's more hip-hop than anything; with a massive bass and accompanying horns, it sounds effortlessly New York.

Lead singer Caroline Polachek's unique, gorgeous vocals are sharper than ever, with a hook harmony that stuns.

It makes sense that the band--made up of Polachek and producer/guitarist Patrick Wimberly--wrote the song while in the presence of BeyoncÃ© in 2013.

Wimberly was introduced to 'Yonce by Solange Knowles, who is a friend/collaborator of his, and Queen Bey enlisted him and Polachek to help write on her LP, BeyoncÃ©, when it was still in its now mythified production.

Of the tune, Polachek told British DJ Zane Lowe (who premiered it) it's "very much about the experience of living in New York...sort of about that feeling of getting lucky and not realizing what just hit you, and rolling with it."

We're rolling with it, too.

For now, check out "Ch-Ching" here.