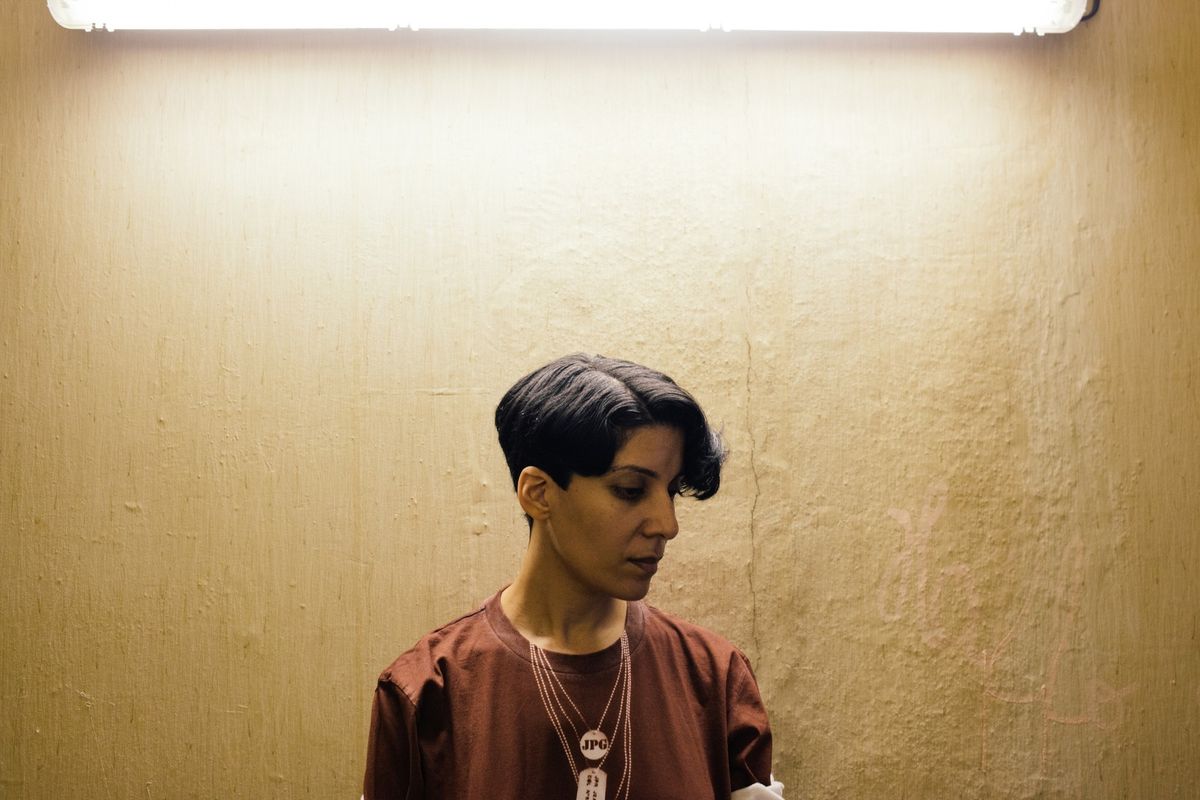 Fatima Al Qadiri has just announced her second conceptual album with London-based Hyperdub via a chilling single that has us absolutely reeling in anticipation for its March release.

Taken from the forthcoming Brute, "Battery" is still rife with hints of the dystopian displacement that made up a healthy chunk of Asiatisch's narrative. However, this new track takes it all one step further by hinting at an even darker sonic palette, imbued by an unshakeable authoritarian chill that the press release says is meant to mirror "normalized brutality, a painful illumination of the facade of democracy" -- i.e. the sort of brutal police state that's become increasingly visible in the United States as of late.