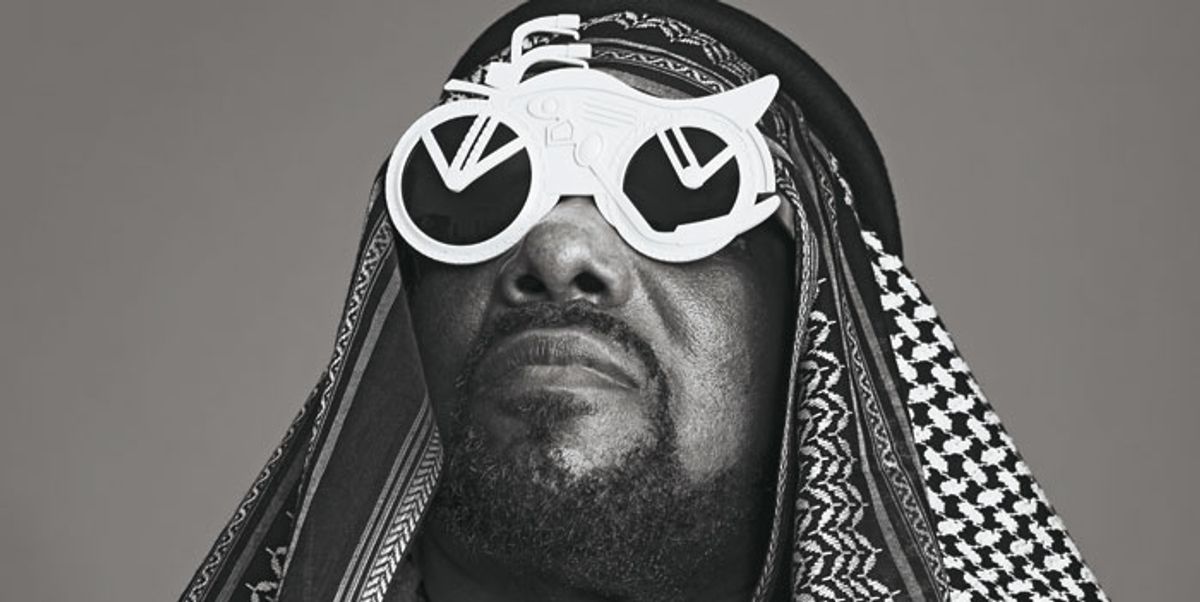 Listen To An Eerie Afrofuturist Jam From Afrika Bambaataa

Sandra Song
Enigmatic producer I.F.O. has just teamed up with hip-hop legend Afrika Bambaataa for a mind-meltingly good Afrofuturist-influenced track that's equal parts eerie funk and reverb-drenched recitation. Released in anticipation of Afrika's forthcoming performance at Ridgewood's Trans-Pecos as a part of Other People's 4-night residency featuring legends such as Arto Lindsay, William Basinski and Teenage Jesus and the Jerks, it's an eclectic mix that showcases some of the best sounds of the 20th century avant-garde, with everything from No Wave to classically-informed composition rounding out the bill.
Listen to "Nibiru" below, and try not to get lost in Afrika's soul-shaking cackle.