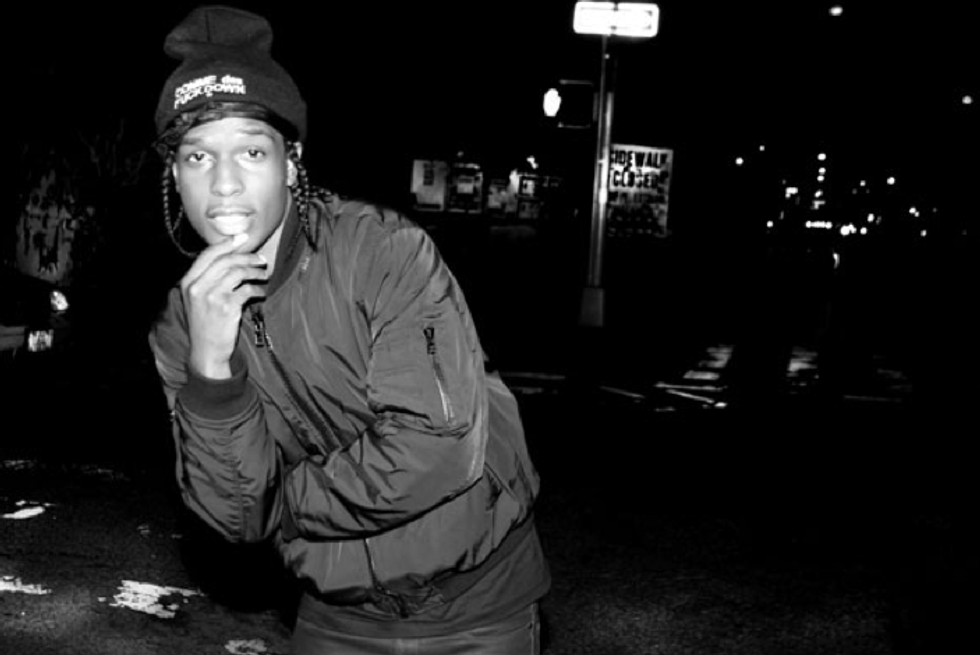 by Katy Turner
PAPERMAG
We're into A$AP Rocky for a lot of reasons. For one, he likes Harry Potter. He also, as some of us do, cries in the presence of pretty clothes. But, above all else, he keeps throwing up great tunes, like the debut of a new song "M'$" off his upcoming album At.Long.Last.A$AP. Released yesterday during his lecture at the Red Bull Music Academy in London, the track -- produced by Honorable C-Note and Mike Dean -- isn't the album's single, says Rocky, but it's got us hooked regardless. Listen below.