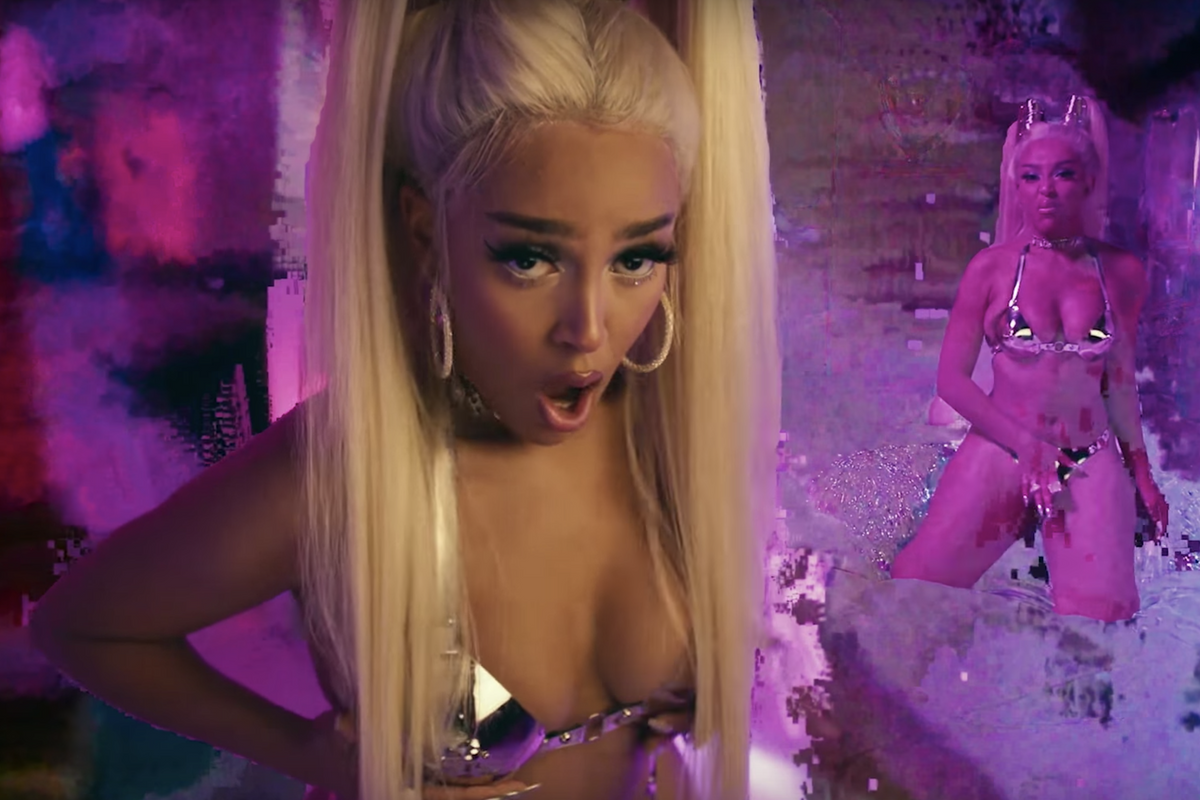 Hot Pink is the follow up to Doja's 2018 debut Amala, which spawned single after single and video after video for her fans to lap up. Since then her songs like like "Juicy" and "Cookie Jar" have blown up on TikTok, and the streaming numbers have followed: six million monthly listeners on Spotify.

If Amala was Doja's battle cry before running straight for the mainstream, then Hot Pink is her indulging in the lushness of victory. Each moment on the record is sexual and ferocious, like the sticky-sweet hook on the Gucci Mane-assisted "Like That." With signature purrr's and burrr's, an intro sets the stage for a nearly whispered chorus: "Tha-tha-tha-tha-tha-that's my shit, that's my wave/ Do it like that and I'll repay it."

Along with this new release, Doja surprise-dropped a video for the sure-to-be fan favorite, "Cyber Sex." In it, she stars as a cyborg cam girl, teasing listeners and viewers with glitching erotica and a shiny new digi-boyfriend.

Check out the full video and stream Hot Pink below.