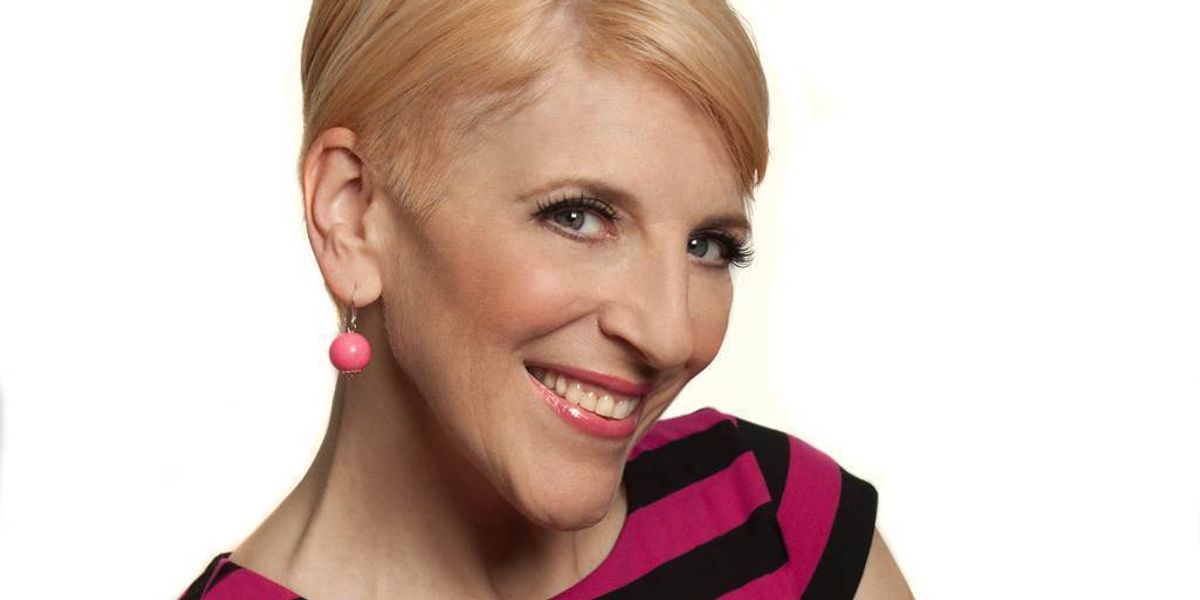 The queen of outrageous comedy, Lisa Lampanelli happens to have a lot of heart, particularly when dealing with weight and food issues. And she boldly confronts those topics in a new play, Fat Girls, Interrupted, which is having a reading at Westport Country Playhouse on March 19. In the play, four different women (including Lisa herself) offer monologues and interaction, as they weld their way through the heady terrain of poundage and all that comes with it. Lisa famously lost over 100 pounds when she had gastric sleeve surgery in 2012. You might say she lost another 200 when she divorced Jimmy Cannizaro in 2014, lol. But I'll spare you dumb jokes like that—or the one about how I hope she's getting more than scale—and instead take you right to my chat with lovable Lisa:

Hello, Lisa. Was is it a dream of yours to be a playwright/stage actor?

Not at all. But when my father passed away a couple of years ago, I knew I wanted to morph the one-person show into a play and make it about every woman with every type of weight issue, to serve more people than just about my struggle. We cover anorexic, bulimic…It's much more inclusive.

Do you play yourself in the play?

Yes. And the other three actors are playing characters who are based on someone or are a compilation. One, played by Lisa Howard, is based on my friend Stacey, a playwright and novelist.

And her main issue is….?

She doesn't have much of an issue. People can't believe there's a fat, happy girl out there. I don't know a lot of people who have the strength to be that way. Also, there's a character who's anorexic and bulimic, flip flopping between the two—I learned so much in researching this—that's played Jessica Luck. Jessica has this baby voice thing, and for some reason, it works for the character. Many women with these problems get stuck in their youth and want to stay children. The other character (played by Patricia Kalember) is a skinny girl who can't gain weight. Initially, people don't think it's a problem. The character has no boobs and can't gain. There are a lot of gay men too who can't gain weight.

I'm not one of them. What are the main issues with your character?

Compulsive eating, dieting, yo-yoing, eating too much, gaining weight. Which is how I felt my whole life. I talk about how I finally had to get the gastric sleeve. This is telling the truth. Michael, you know I tell everything.

Believe me, I know!

It's a really funny play, but there are big moments of insight. If I can share everything I can and people can learn and get emotionally attached to one or more of the characters, it'll do good out there.

Some dummos have made remarks since you slimmed down. So basically, you were fat shamed and now you're getting skinny shamed?

I was for a minute, until I ignored it. I stopped reading comments on Twitter because if people say you're too skinny, that's their issue. I'm not. I'm a good weight and I run every other day and stay healthy. I'm not gonna stay fat and have a heart attack so you can feel better. I want to live to 95. I have a lot to accomplish.

I know. So what are your plans for this play?

I'm in talks with a non profit theater in NYC for a run in the fall, then a commercial off Broadway house. I think non profit is the way to go to get some credibility in writing a play.

And you can definitely act. You studied at Yale in 2013. Hey, what's the single life like again?

I don't know because I am not dating. The minute I got the divorce, I was so comfortable being myself. And I now have crazy shaped hair to stave off male attention. No one's gonna hit on a woman with a Justin Bieber/Marge Simpson hairdo.

Speaking of weird hair: Having worked for Donald Trump on Celebrity Apprentice 5, would you actually vote for him?

I'm gonna get a lot of hate mail for this, but I don't vote because I don't know anything politics.

Neither do the people running.

[laughs] You'll never hear me complain about who's in office because I didn't vote and it's partly my fault. The only way I'd vote is if I was Donald Trump's running mate and he couldn't survive the election and I would be President.

I would vote for that! And for your play to get the Lortel award! Break a leg, lady.