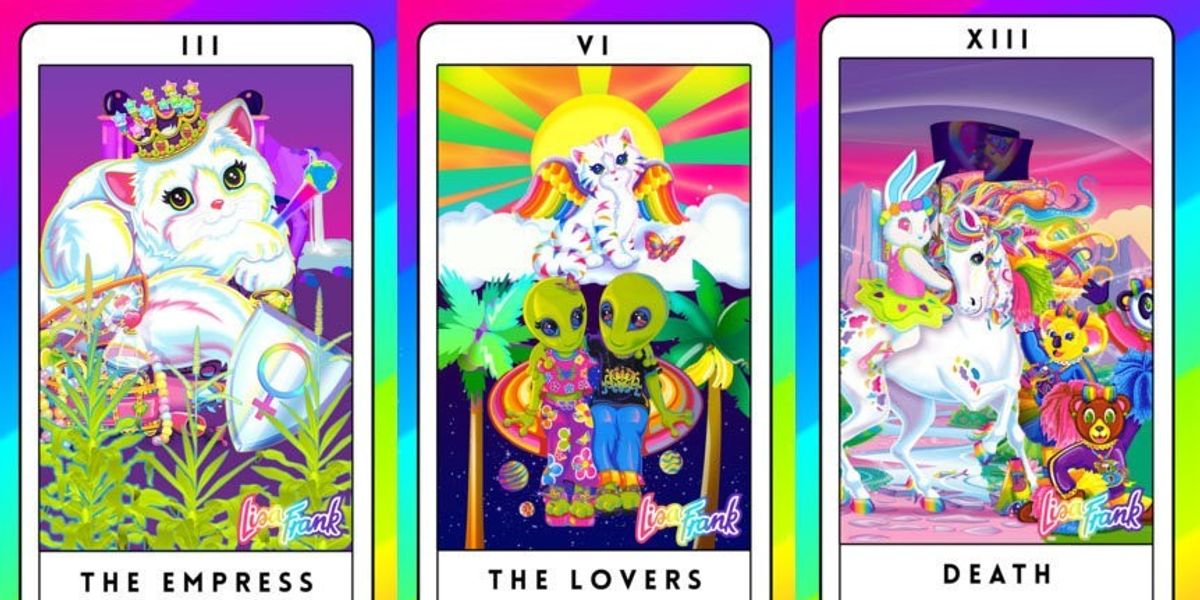 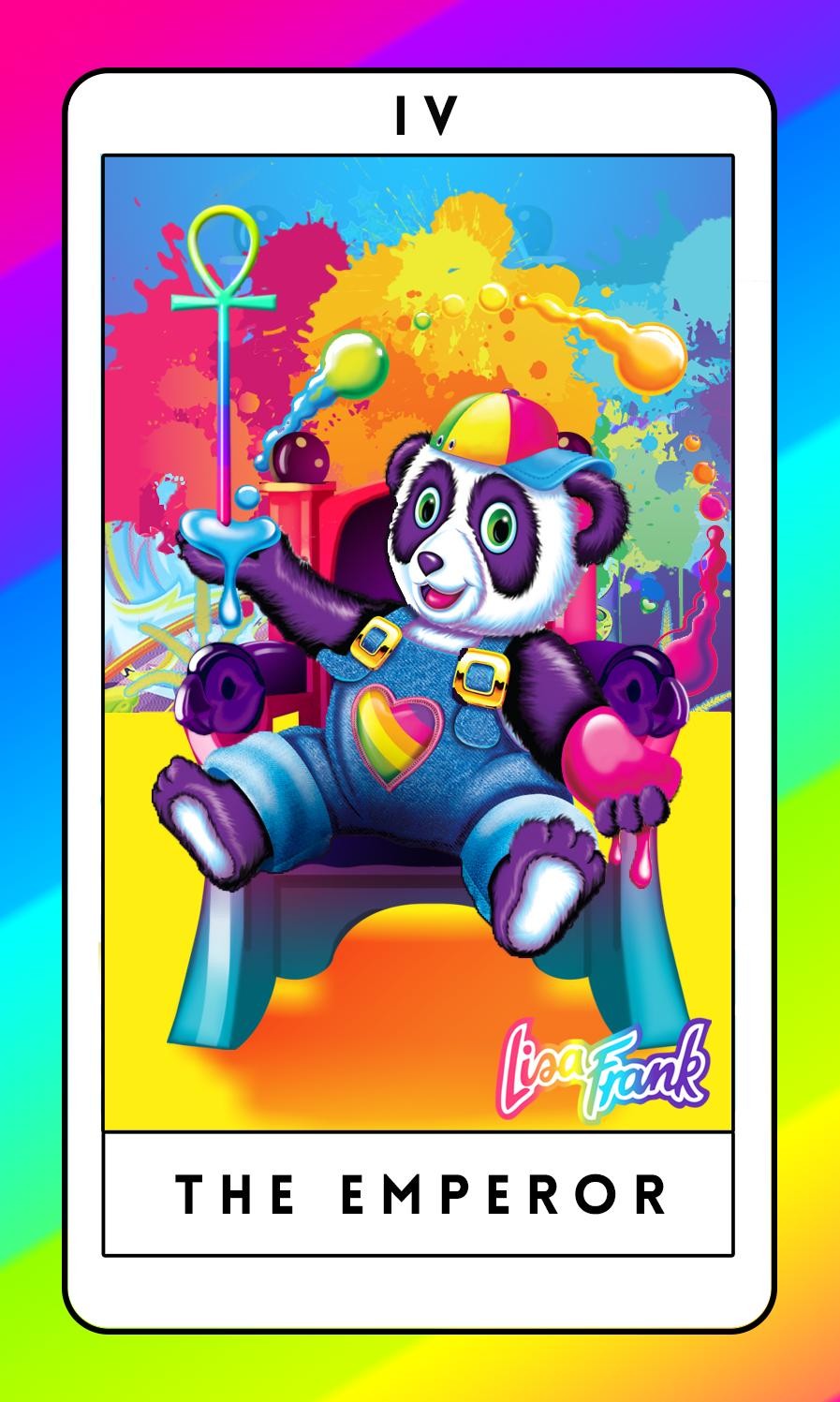 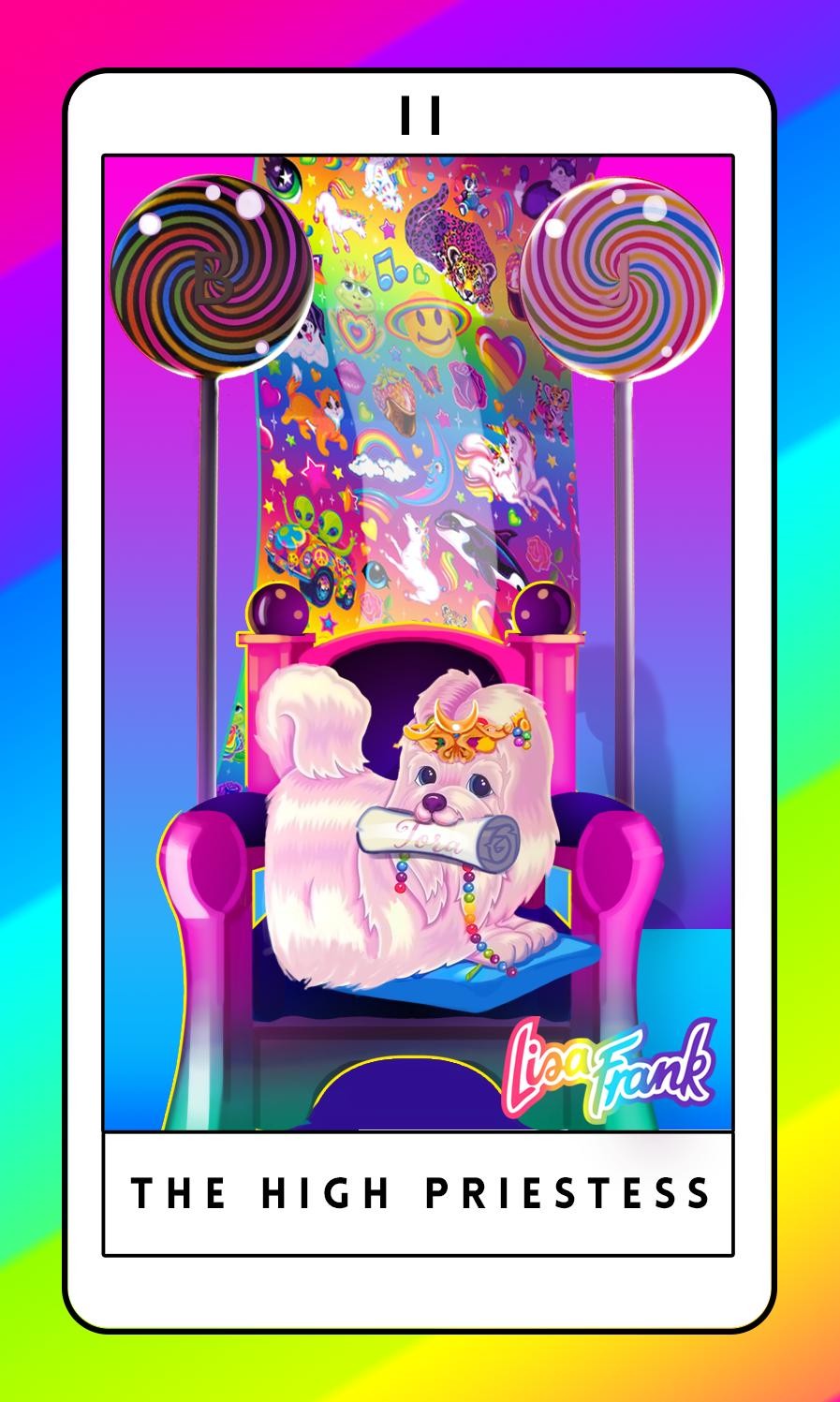 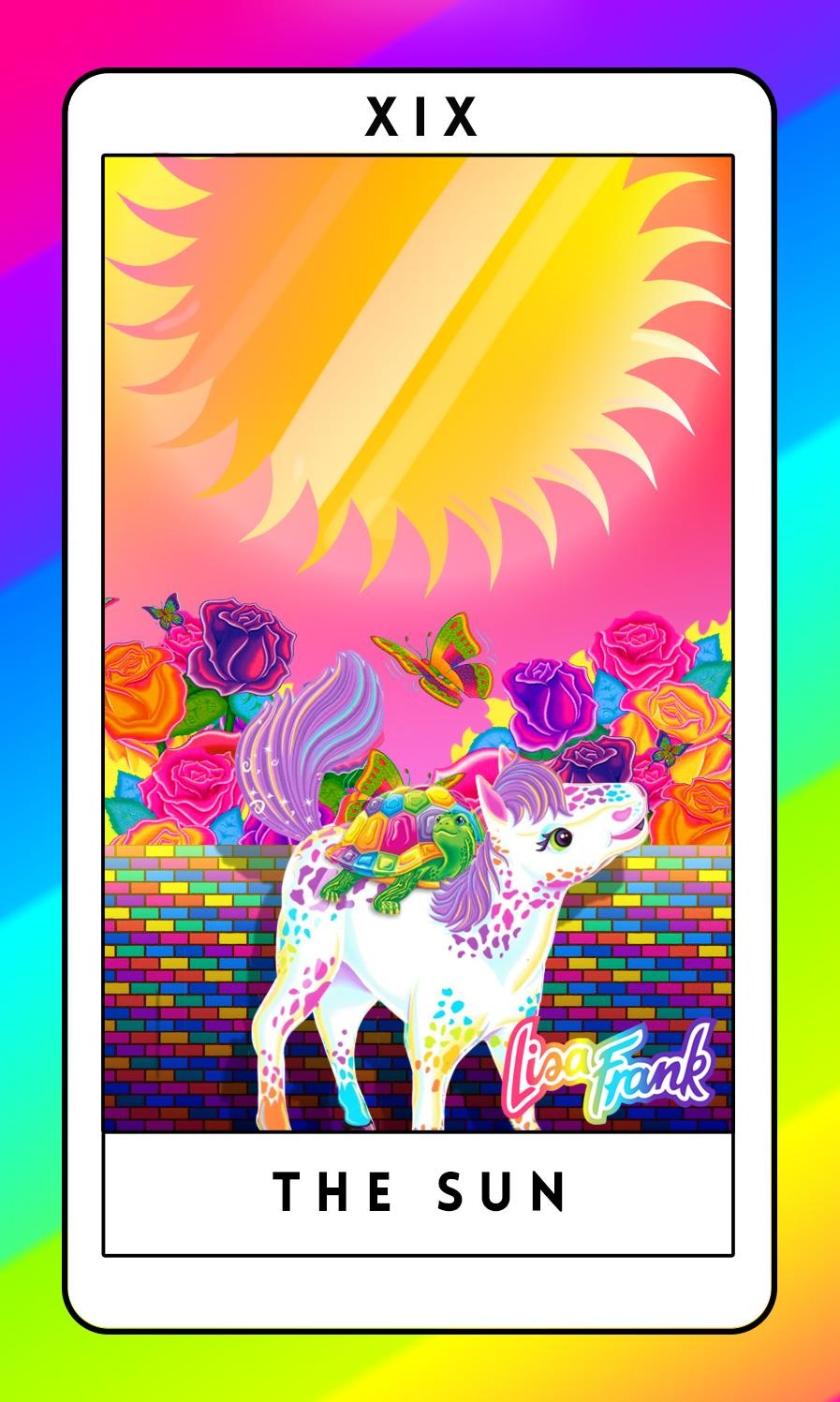 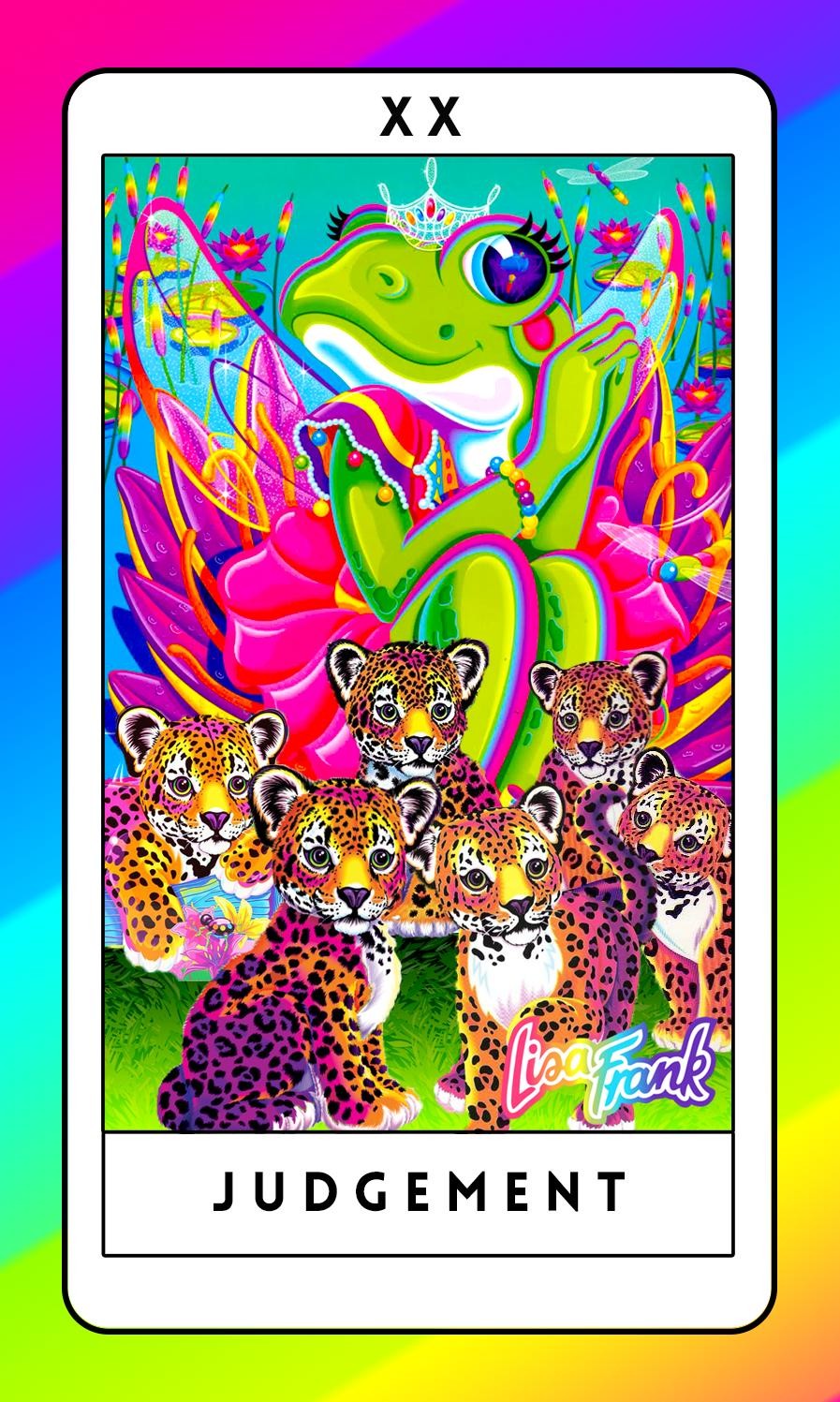 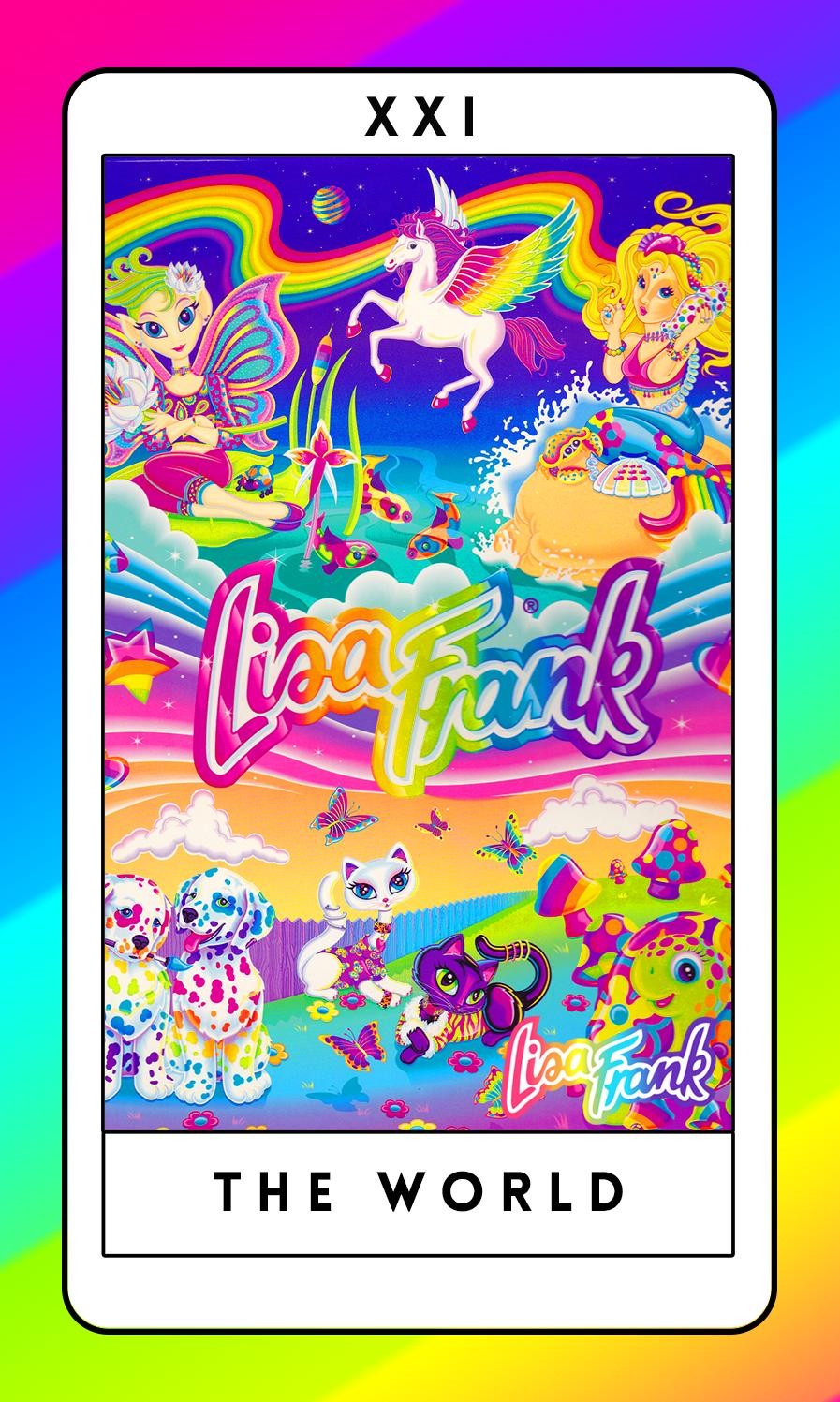 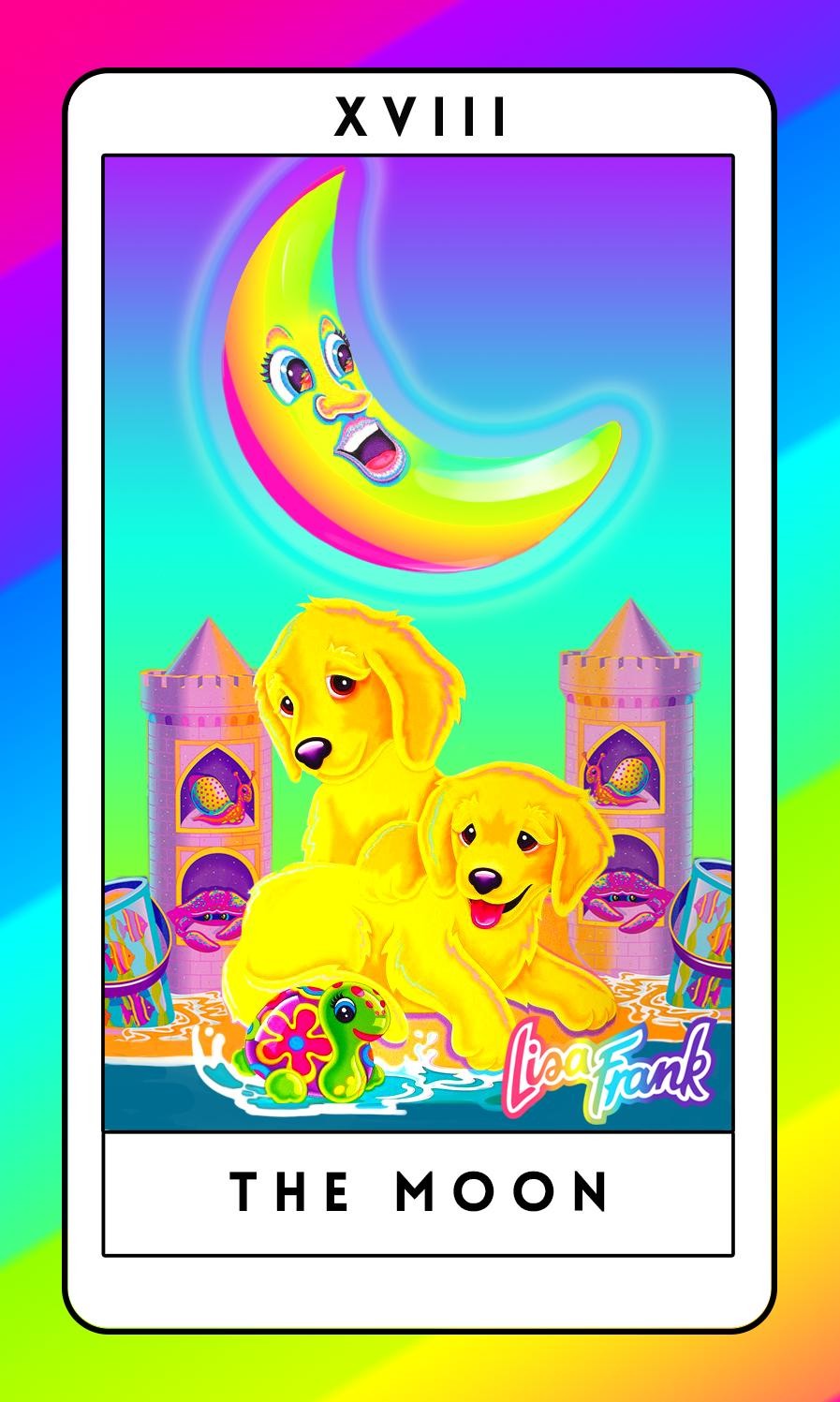 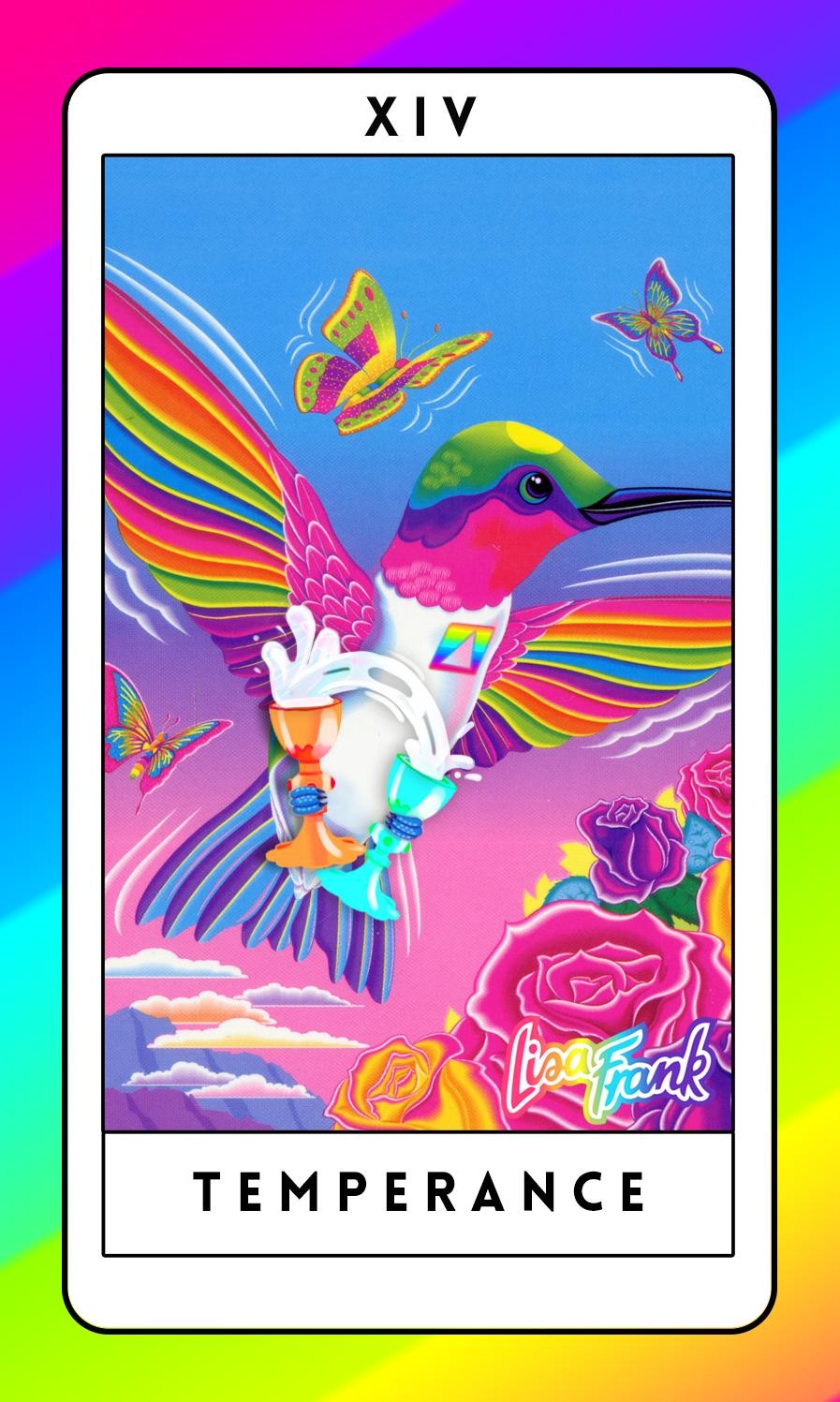 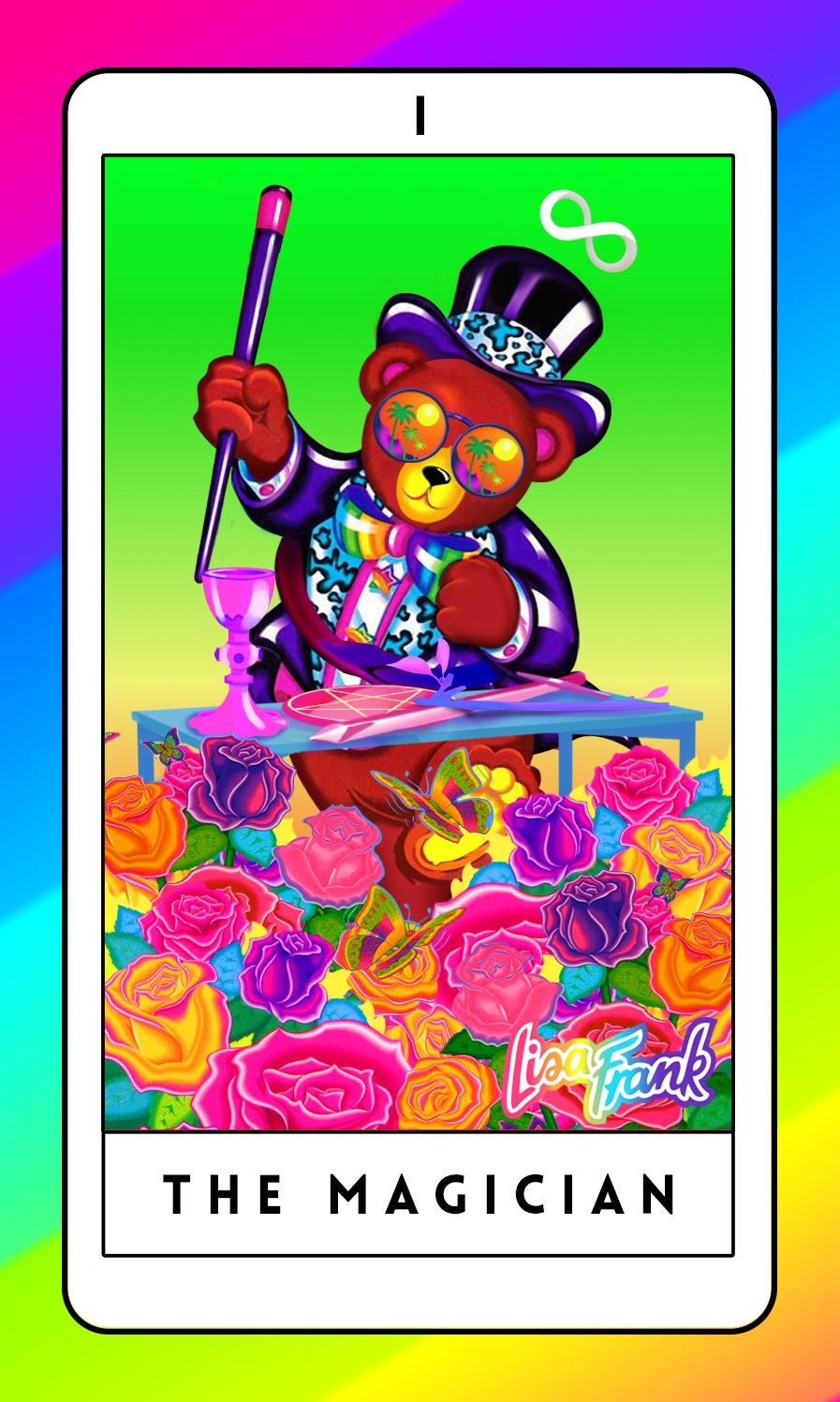 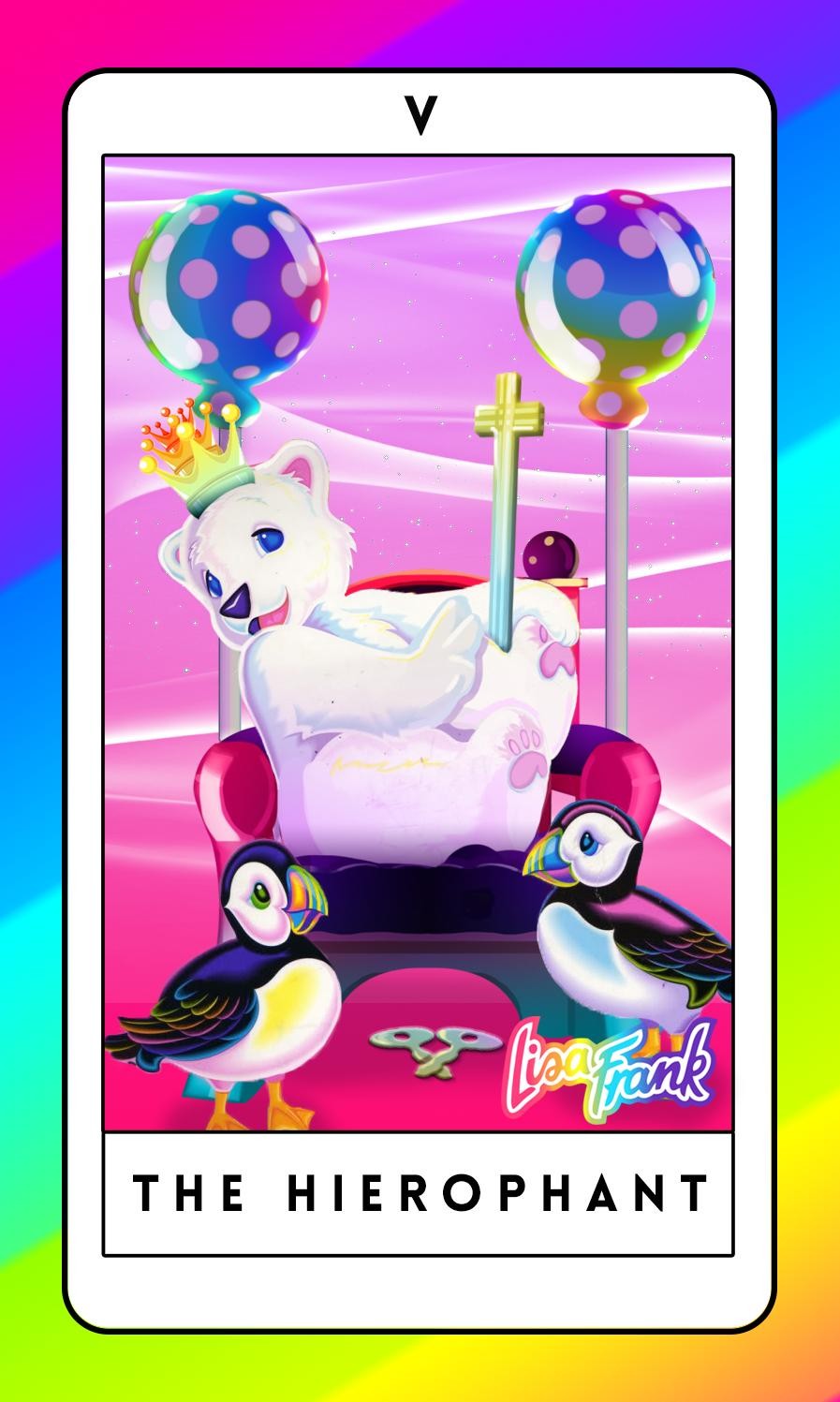 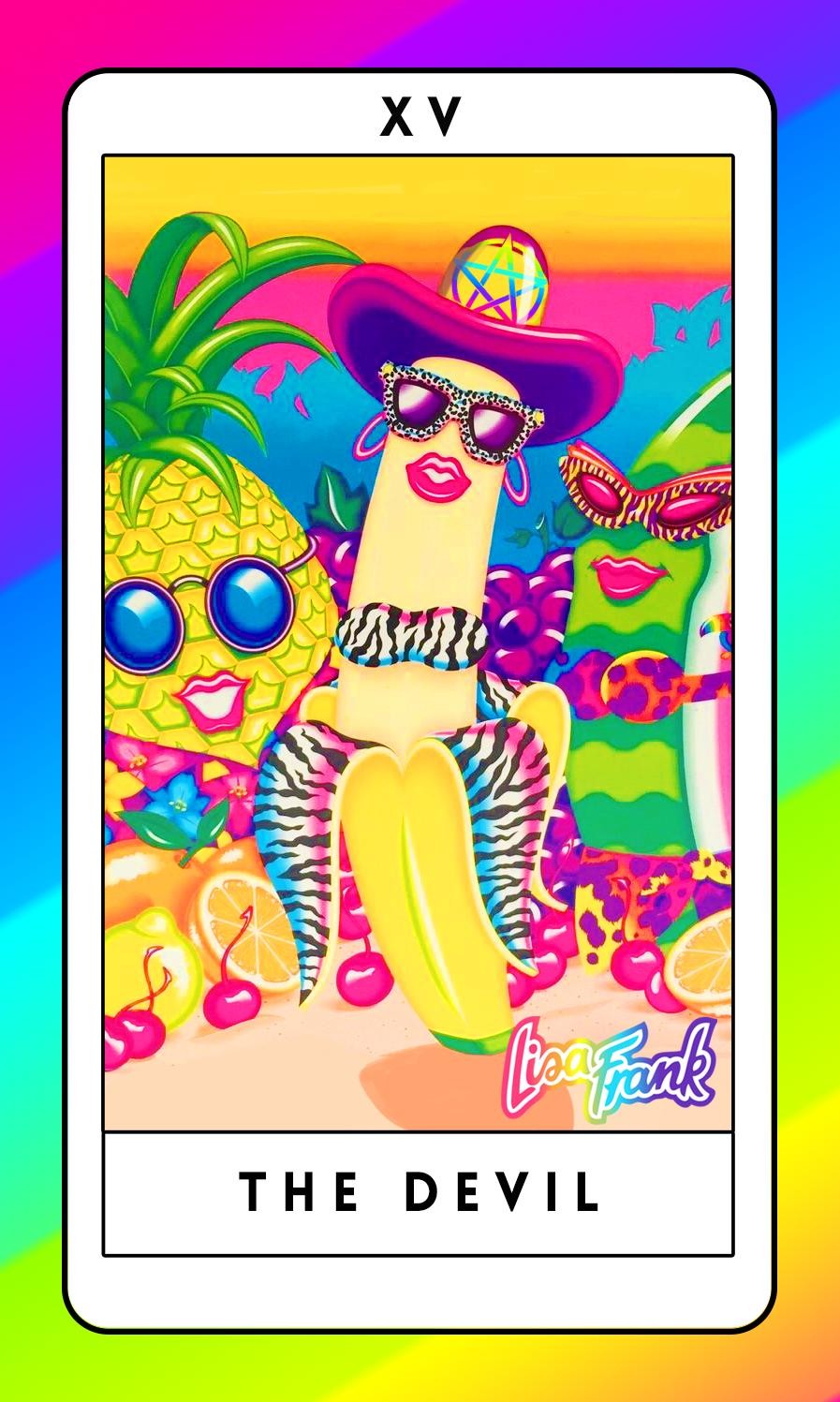 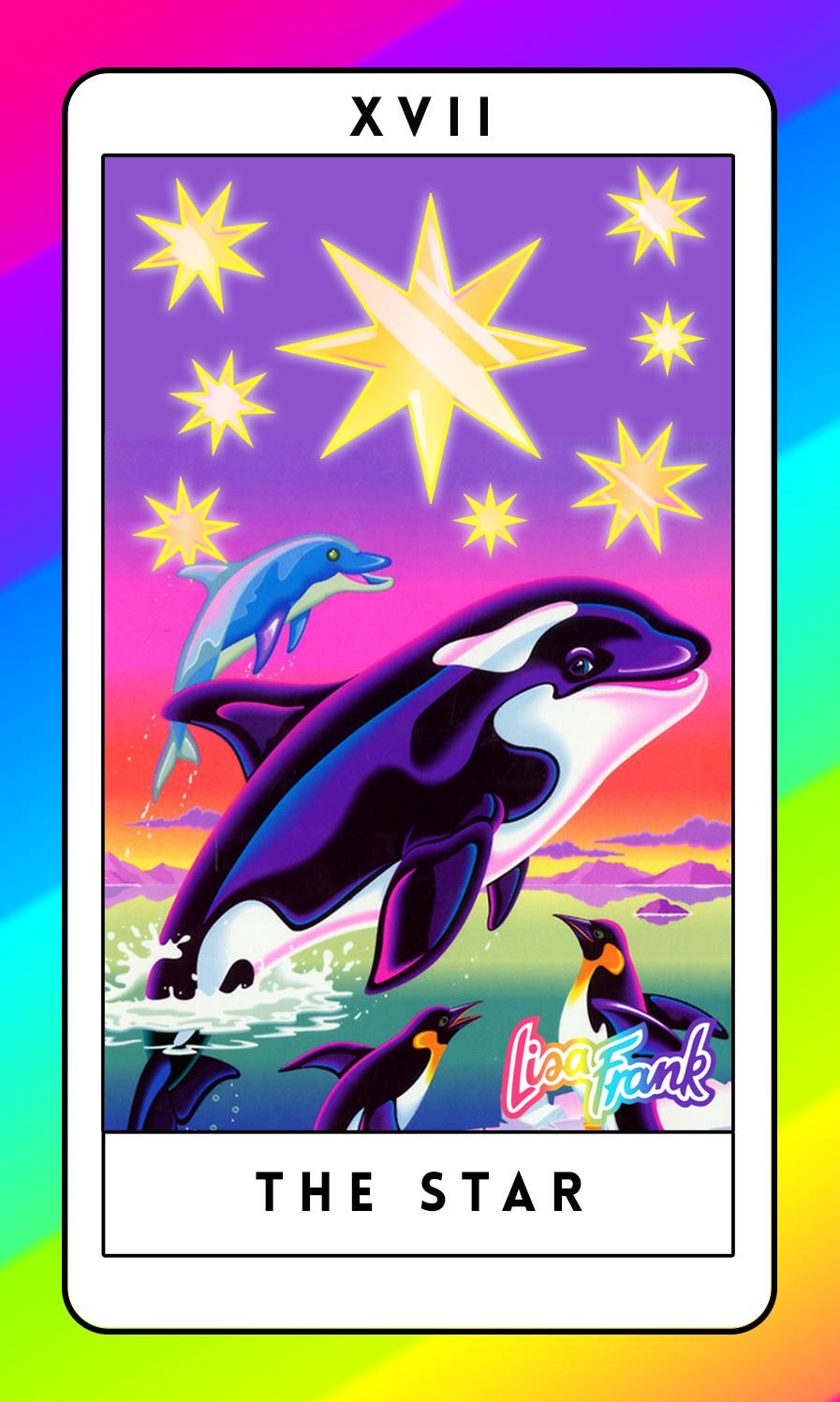 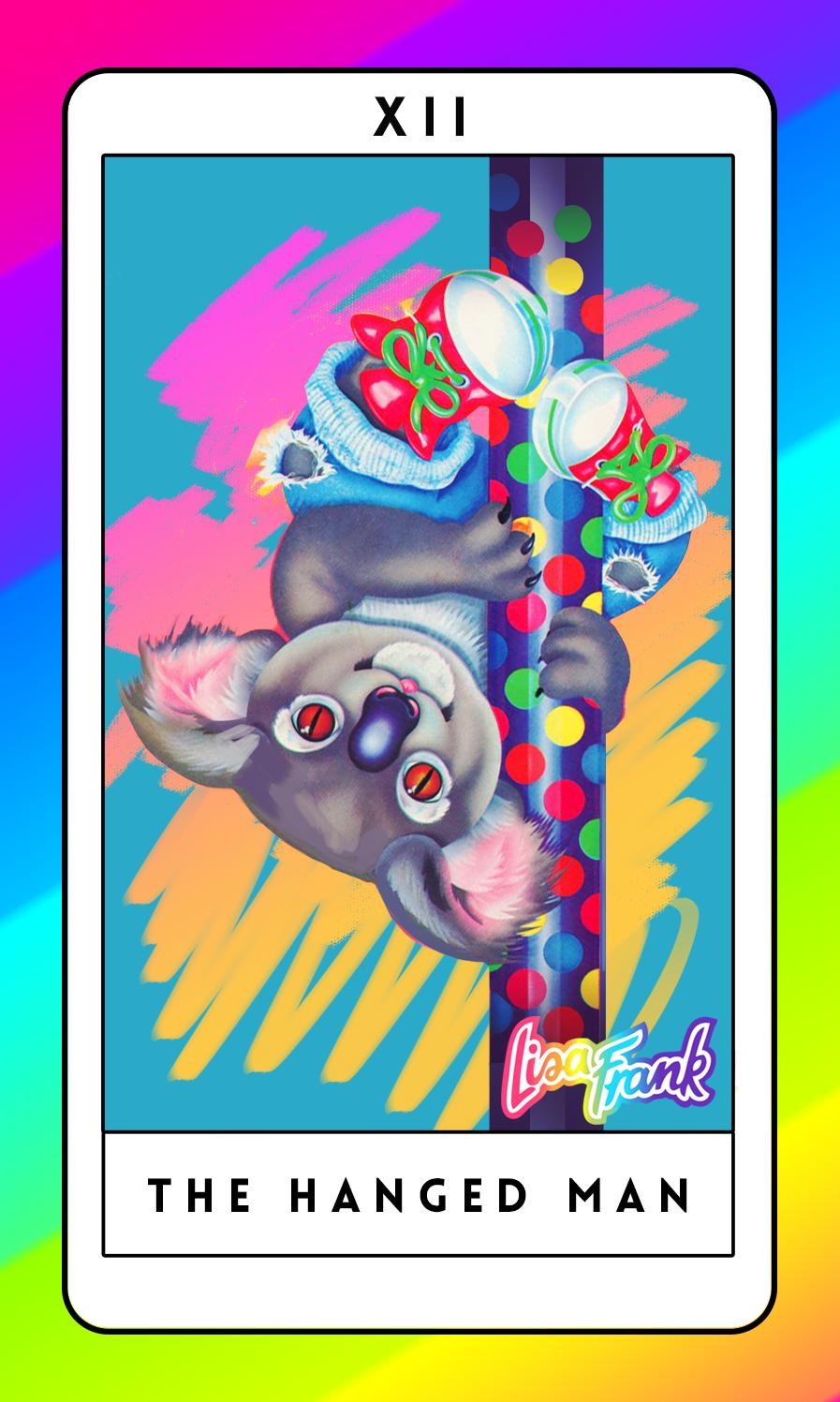 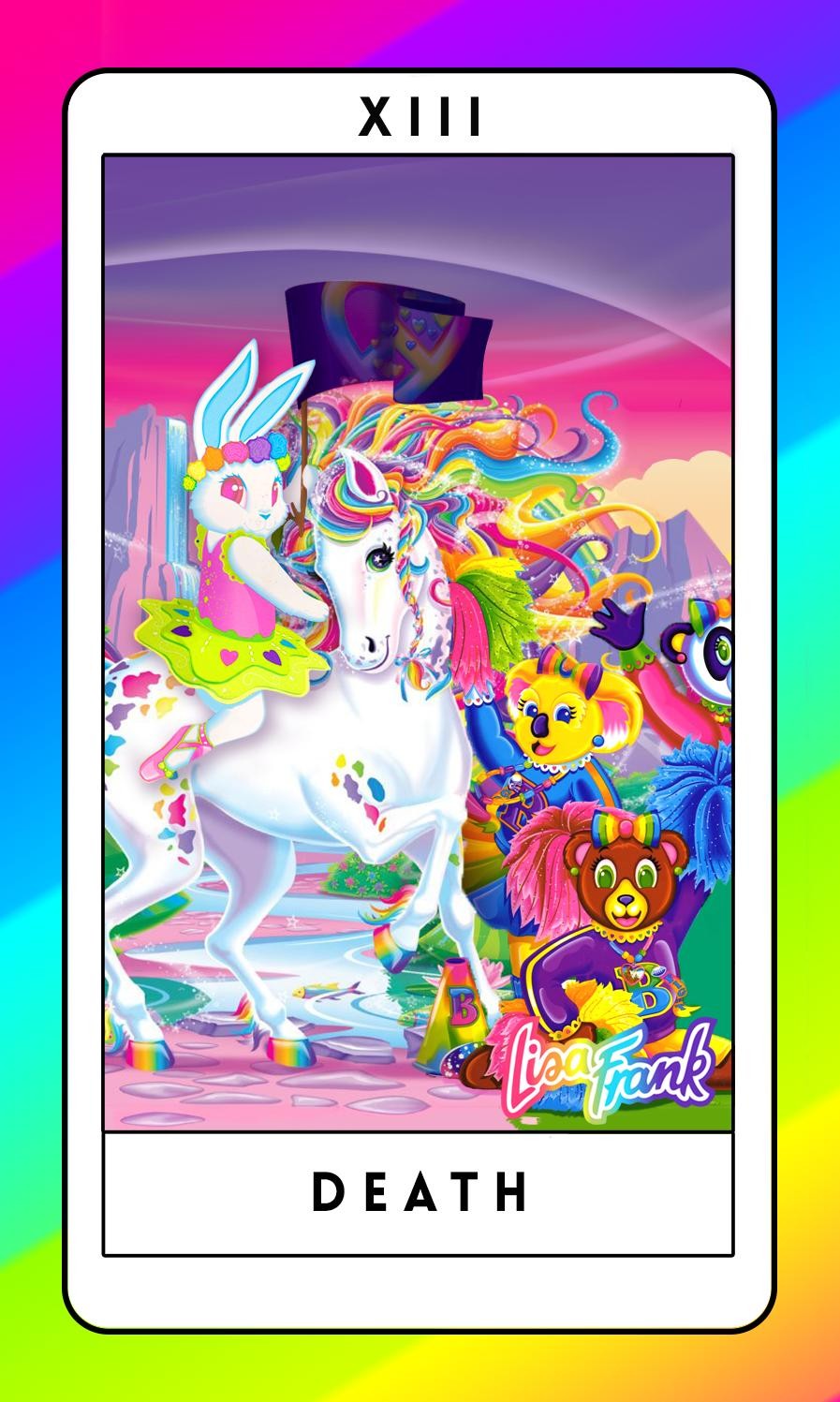 Calling all occultists with a thing for neon '90s school supply iconography! Artist Ariel Hart has gifted the internet with a series of Lisa Frank-branded tarot cards, which have gone viral since she posted them to her website. An ingenious project that combines nostalgia and fortune-telling -- two topics that just so happen to make up the molten core of Tumblr -- Hart re-interprets the Major Arcana cards with classic characters from Frank's retina-melting candy-colored mengarie, including your old friends Cheerleading Bears, Ballerina Bunnies and Panda Painter. The gang's all here and they totally know how you're going to die.

Hart is encouraging visitors to her site to print out the cards and one wonders if Frank, the embattled Tucson, Arizona-based graphic artist, will cast as benevolent an eye as the Judgement Card's Frog Fairy might over Hart's use of her logo and imagery. But here's hoping Lisa is amused.

Glimpse your future with the oracle of Hollywood Bear in the gallery above and see more of Hart's cards here and on the Huffington Post.