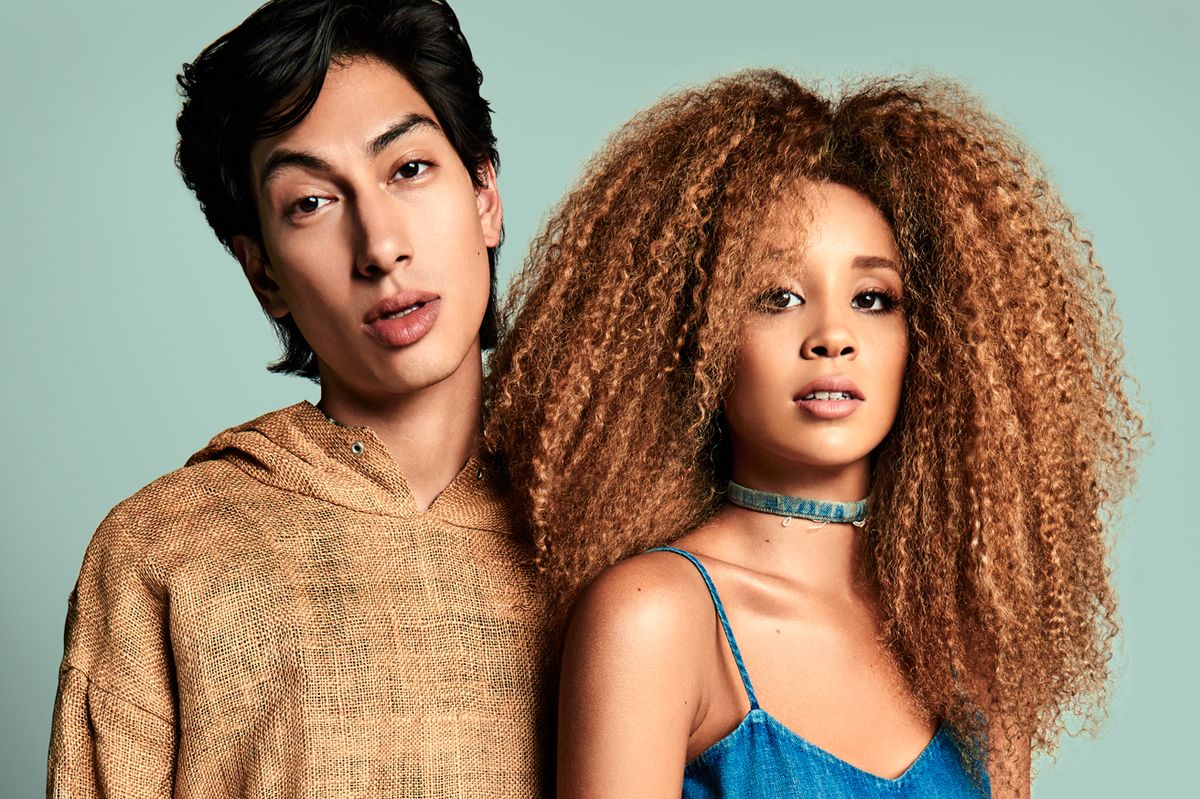 And although Begin may have brought the star power with collaborations from Pharrell Williams and Childish Gambino, Sun Joint is a simple, soulful journey guided by Hervey's smooth, calm vocals and Goodman's intricate grooves. As such, we turned the focus back to Hervey and Goodman and spoke to them about their collaborative process, why summer is their favorite season and the importance of vibes.

What was the inspiration for Sun Joint?

Jillian Hervey: Sun Joint was basically what we had been working on right after the album -- just to remind us that we wanted to have an album for the summer. Summer is a really important season for us, and we always thought that a project in the summer would be appropriate. Thematically, it's not one narrative or story, but all the vibes are reflective of thinking of people being out and together. We just kind of wanted a feel good project for the good things that happen in summer.

How do you feel Sun Joint is different from Begin?

Lucas Goodman: I think with the mixtape in general, you have a little more freedom in the sense that you can do what you want. We did remixes on there, incorporated other songs and reinterpreted or remixed covers. There's a lot more freedom on a mixtape than on an album. With the mixtape, it was something we wanted to get out. It was a quick thing. We were able to do it pretty fast. There's not really a difference in the process.

JH: I just feel that because of the timeframe, it's not something like an album -- so there aren't that many opinions being thrown around about every track or whatever it is. A lot of it was just Lucas and I putting it together. I think after spending a lot of time working on an album, in a sense, some part of it felt that it had ended. Even as much as we were very happy to have it out, we also felt, "Okay that's a whole thing that's ended, and we need to do something quick to start something."

Why is summer an important season for you?

JH: It's a rebirth -- sort of a release of whatever sense of darkness you have. Summer is the opposite [of darkness], and we were both also born during this side of the year, so it just seemed appropriate. It's that feeling that's obviously so good, and you don't ever want it to end, but it's just enjoying all the wonderful things that summer can provide. It can really transform whoever who you are.

Why do you think you two are so compatible as a musical duo?

LG: From the beginning, when we just started playing and working on our first songs, we just realized we both shared similar mentalities about creating in general. We just connected. We had similar influences and similar ideas about how we wanted to do things, but also different ways to do things. So those things combined, that created a special duo. We both felt this. We both work hard, and we're just enjoying this. It's a lucky thing to have our visions aligned.

I know that collaborations are a large part of your music. Can you talk about that process?

JH: They all vary. The best is obviously when you get to be in the room with people. A lot of these things for our mixtape were just things that we were reaching out to people who we thought would be a good match for whatever we wanted do. Luckily, they were available, and they would send us what they could, and we went from there. This was also nice too because we just wanted to include a bunch of people who obviously we like as artists. [And] make it more about giving everyone the opportunity to be in that world. Like we just played [rapper Raury's] Raury Fest in Atlanta, which was really nice. It was our first time in Atlanta as well, so it was cool to see these other artists, and he's just a free spirit, so just kind of a perfect match for our [Sun Joint song "Jungle Lady Remix Pt I"]. It's nice when you kind of connect with people and then you hope to do something that actually works out.

Do you have any pre-show rituals?

LG: We always play some records to get the vibe going backstage -- something new, something old -- to get everyone excited and in the mood. Honestly, there's not really anything that I do, not one thing. I just kind of try to feel like when you're playing in your punk band in high school or something like that.

You have a song on Sun Joint called "Tina Turner." Is she a big influence?

JH: We both have a lot of different influences, and they come in in different ways. I feel that [naming this song "Tina Turner" was] appropriate because people were calling me Tina Turner. And I was looking at old archive photos of her and was watching her videos. She's just such a powerhouse onstage. She's just a very relatable character to me. So I throw her in the mix and pay homage to her. There's this thing too when you try to channel someone's spirit onstage, and when you think of who they are, you're somewhere else. When I'm waiting to play, I might just watch a Debbie Harry or Blondie video right before we go on, just to pass that vibe. I just kind of let it all flow and see. I think all the strong ladies are definitely influential, and that can range from someone like Aaliyah to Diana Ross, and going way back to Lena Horne and Josephine Baker -- women who were really strong and proud and elegant and powerful.