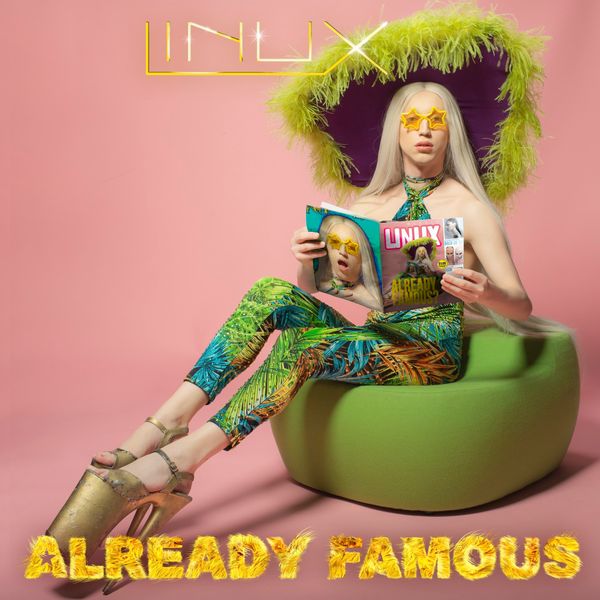 Linux Is Here to Remind You She's 'Already Famous'

If you've been to any gay banger in New York City — or elsewhere, honestly — there's a good chance you've run into Linux, the stunning blonde beauty making heads turn in her towering looks. In addition to being a connoisseur of nightlife herself, attending the most lavish queer bashes in town, Linux seems to host parties at nearly every club in the city. She's gained quite the online following as a result, and served looks at balls, galas, and soirées everywhere, soaring past her competition. Now, she's making a return to music.

Fans of Linux are very familiar with her cult hit, "Looks," featuring RuPaul's Drag Race winner, mega star, and now Met Gala attendee, Aquaria. Despite being a pregame anthem for gays and girls around the world, fans have been thirsty for more music and begging for a taste of Linux's new material. Finally, it's here: "Already Famous" is the flood to end your Linux drought.

The new song is a fast-paced club grinder to close out Pride month with a bang, showcasing Linux — and only Linux. Her rhymes tell a story of indulgence; she dips into her book of reads to remind A-listers just how much of a celebrity she is. James Franco and Miley Cyrus get shoutouts, as do the tabloids and radio stations that she's graced the pages of. The song has a mantra we all need to repeat until it comes true: "Bitch I'm me, I'm already famous!" And if you don't believe that Linux is the most luxe person in the room by the end of the song, you probably need to listen again.

"As a self-made socialite, I have experienced the life of celebrity more than the majority of the household names on the A-List. Our experience on Earth is purely what we make of it, and I want to be a fucking star, so I'm going to live like a fucking star! " Linux tells me about the new track. "I don't need a white man in a black suit and a team of bitchy interns to turn me into the A-List superstar I know I am, you know? The celebrity name-dropping (James Franco, Nick Jonas, RuPaul, Miley Cyrus) is a reference to early 2000's pop underdog icons like Eminem, P!NK, and Avril Lavigne."

Linux is also ready to tease her upcoming album, the first since her 2016 release, Everybody Hates Linux. "The entire track, and my upcoming album, is fully self produced in my bedroom on my MacBook, as was my debut album," Linux says of the new material. If "Already Famous" is any indication of the bops to come, I'm gonna need an extra hour to get ready for the club so I can pose in the mirror to every single track.