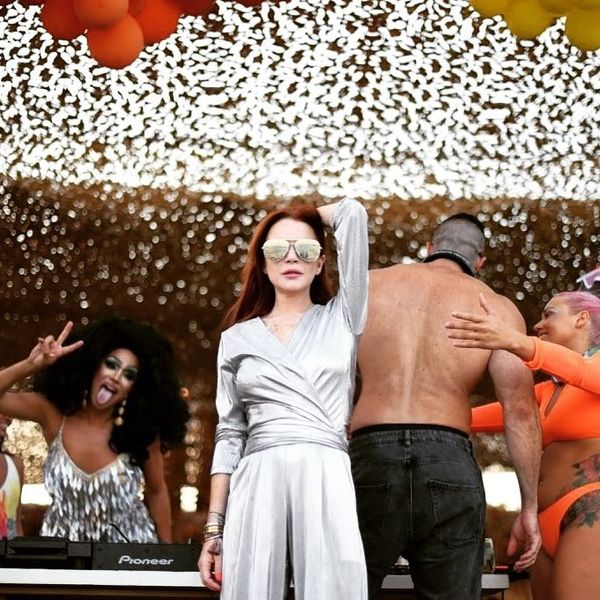 Is Lindsay Lohan Really Getting Her Own Island?

Lindsay Lohan –– actress, Mykonos beach club entrepreneur, and soon-to-be MTV star –– still may or may not be opening her own island resort in Dubai. The resort, if it ends up happening, will either be called Lindsayland or Lohan Island. Which do you prefer? I think Lohan Island sounds more classic.

The Lohan resort project has been whispered about (by Lohan, on her personal social media accounts and in interviews with The New York Times and Wendy Williams) for a while now, but a now-deleted Instagram post from earlier this week has fueled speculation. On Wednesday she posted, then removed, a fairly detailed prototype image of #LINDSAYLAND, without any other form of explanation. The image depicted a triangle-shaped resort complete with bungalows and a docking bay, plus white sand and heaps of palm trees, obviously. It reportedly received more than 2000 likes before being taken down.

Lindsay Lohan’s Beach Club on Instagram: “Me pretending I don’t have to go to work tomorrow 💃🕺 #DoTheLilo”

So what is the truth? We'll have to wait and see –– Lindsay works in mysterious ways. Rumors are kind of her thing, after all.

In the meantime, there are plenty of other Lohan business ventures to keep us all entertained. Her most recent Instagram post advertises a hot new DJ night at her nightclub in Athens, and her reality show ("Vanderpump Rules in the Mediterranean") is tentatively set to air in 2019.