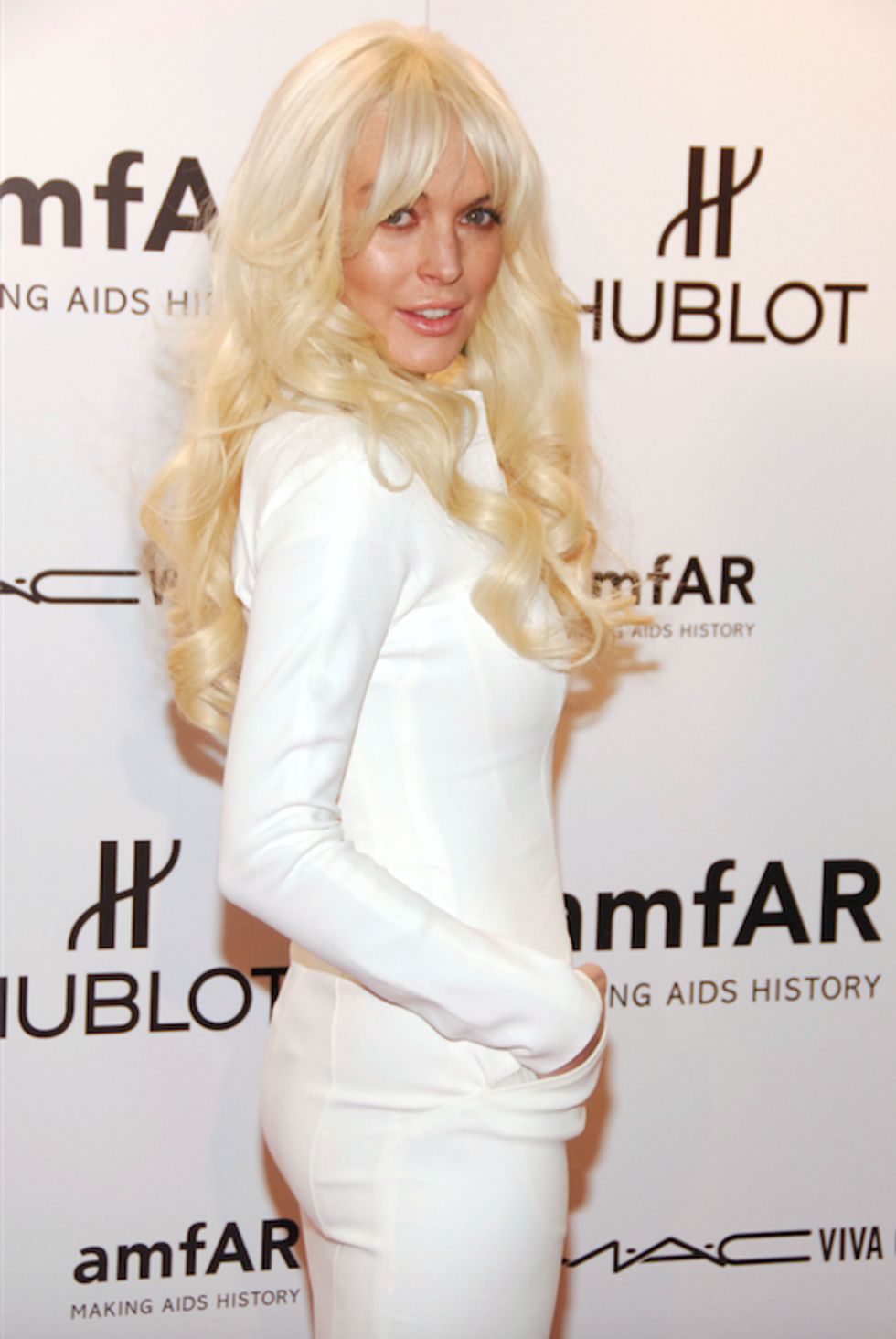 From teen queen to trainwreck and back again, New York native and former Calvin Klein child model is no stranger to the NYFW gauntlet. She goes from blonde to brunette and boho to buttoned up all in front of the glare of the unflinching front row camera. Below, we track her NYFW style evolution.

Like any good label queen around 2006, Lindsay dutifully carried her quilted Marc bag wherever she went, including the designer's fall 2006 show.

Pictured here with her then DJ girlfriend and mother Ann Dexter-Jones, Lindsay attends the Charlotte Ronson Spring 2009 show. A show of support is always a good move to please the in laws and that is quite the 'meet the parents' look to say the least.

Was there anything more Lindsay Lohan than rakishly cocking your wrist to avoid the paparazzi glare  as you dash from a fashion week party, a cascade of flaxen extensions  swooshing against a crumpled mini dress? I don't think so.

In 2012 the actress went through a few weeks showing up on red carpets looking uncannily like the mafia heiress and reality show star, reportedly campaigning for a role in a Gotti biopic. The twenty something starlet's likeness to the 50-year-old crime family queen was spot on, if not a bit troubling.

2013: The Sister, Sister Phase
In an ongoing bid to launch her younger sister, Ali's, burgeoning catwalk career, Lindsay generously donned a matching crown to attend Wendy Nichol's Fall 2013 presentation where her sister was modeling. In a family with as notoriously fraught relations as the Lohan's, you can't say they don't have each other's backs (or heads).

Liz Taylor Snow Bunny Phase
At the 2013 AmFar Ball during the New York collections, Lohan channeled the screen legend on a chilly evening since what could be more Liz Taylor than fur and bugle beads at an AIDS charity?