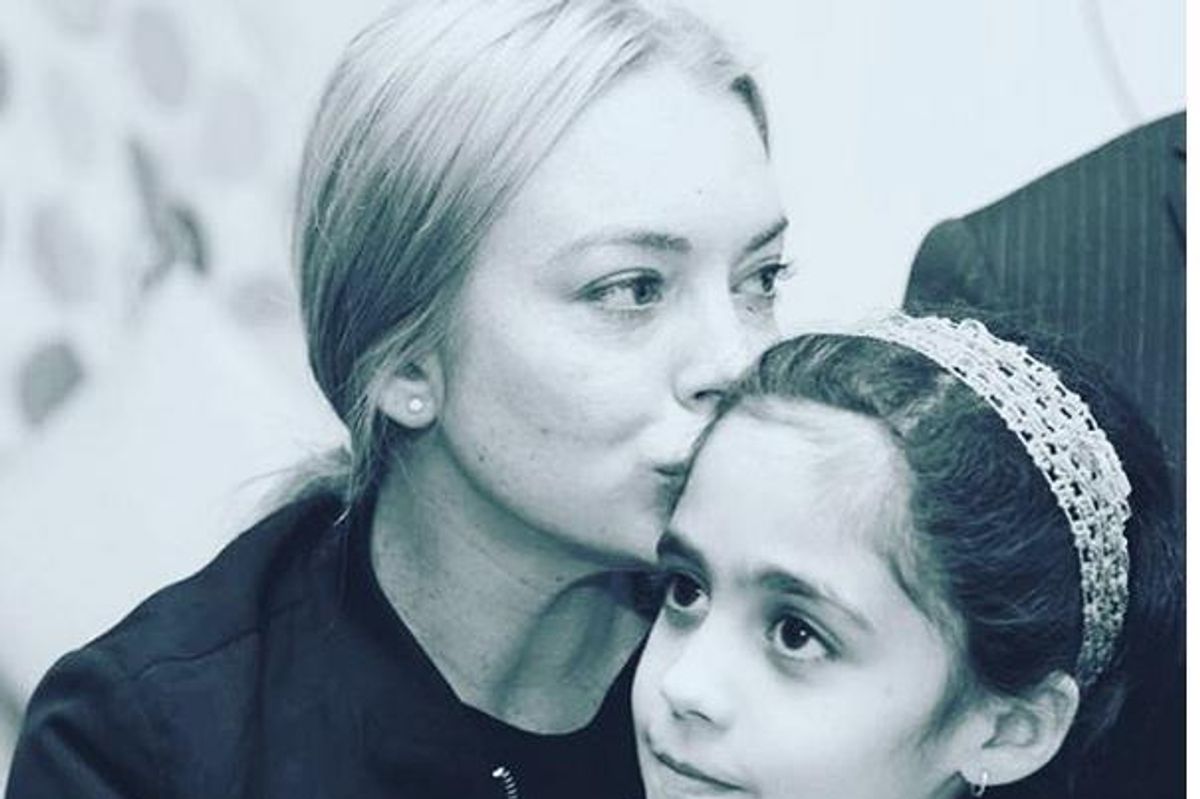 Lindsay Lohan demonstrated her genuine humanitarian gene by visiting Syrian refugees at a hospital in Sultanbeyl--a suburb near Istanbul, Turkey.

Lohan spent time with a family, including an injured father and his children...

...while listening to them recount their escape from the ISIS -ravaged city of Aleppo.

Beautiful charitable Queen visiting Syrian Refugees in Istanbul. But no one publish this story right? We are proud of you @lindsaylohan pic.twitter.com/5x0VavqOCh
— Lindsay Lohan Fans (@Lohanforfans) September 26, 2016

The hospital visit was reportedly kept under wraps to avoid media attraction, which usually lends itself into the "I did this out of the goodness of my heart" galaxy of the celebuverse. Lohan Instagramed a photo of herself with one of the children in the family she met with, including a touching anecdote.

Lindsay has been attempting to raise awareness about the safety of children in war-torn or third-world regions of the world for a few years now. In 2010, the actress starred in a BBC documentary--Lindsay Lohan's Indian Journey--about her trip to India, where she tried to highlight child trafficking; the documentary had some questionable consequences after its release, but there were clear, noble intentions, nonetheless.