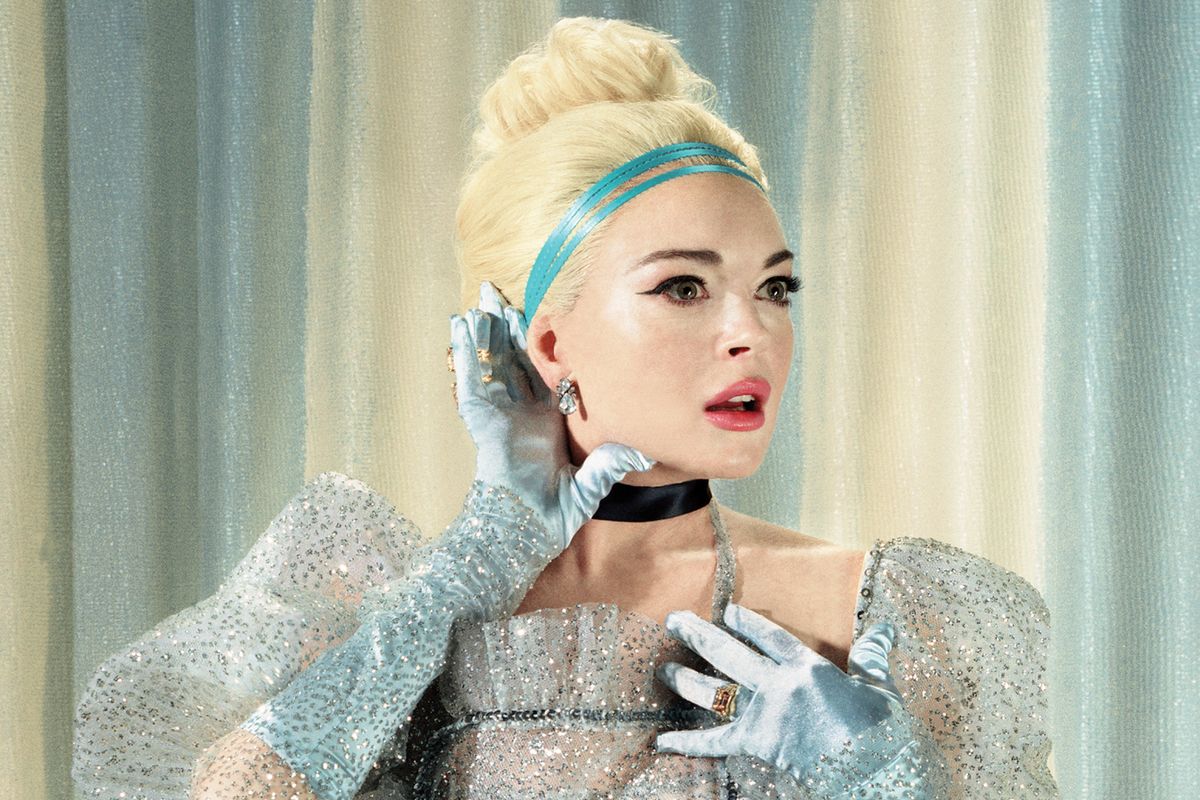 Inventor of Hollywood teen femme angst, Lindsay Lohan, has teased in recent interviews that she's "hard at work" on her long-overdue return to music. And today, a rep for the star confirmed to Page Six that Lohan will be "dropping new music within months."

If this is truly so, America's favorite Mykonos beach club owning expat will probably have a lot to say about where she's been over the last few years. Pardoning (dead) lobsters for MTV cameras, covering indie magazines, starring in werewolf horror flicks, petitioning for Disney Princess roles, and reviving her late-aughts friendship with Paris Hilton does a busy, creatively #blessed Lohan make!

This month, Lohan shared photos of herself seemingly hard at work in the studio, "serious musician face" on lock and all. We don't yet know who her collaborators might be — or if she's pulling a Tyler, the Creator, and writing, producing, and arranging it all herself. Don't count that possibility out!

​We couldn't help but yearn for the unsung entries of Lohan's beloved — but sadly overlooked — two-album catalog. So in honor of Lohan probably singing again, here are some of her best under-appreciated songs, in no particular order of relevance. We see you, Linds!

We admit it's a little dark to kick this playlist off with a song that literally references an endless, abysmal void, but we love when Lohan wears her heart on her sleeve. Musically speaking, that is, as seen in the inherent drama of her underrated second album, A Little More Personal (RAW). "Black Hole" opens with sturdy piano, fuzzy guitar, and contemplative lyrics about a distant lover. "I found a box of letters lying on the ground/ the ones you use to write me before it all went down," are the first lines kicking things off. "Has he fallen in a black hole?" Lohan wonders aloud. "Where's the love?" But also: who leaves Lindsay Lohan in the dust? Especially when she looks this good as a blonde. Rude.

This is actually a pretty solid cover! Lohan got very into rock balladeers and sorcery this era, as evidenced by the choice alone to take on witchy Stevie Nicks' cautionary tale classic, "Edge of Seventeen." Sit with this a spell. It means that Nicks said yes, and gave her living, actual blessing to Lohan's cover! What an honor. Could you imagine? Later, though, Lohan must've done something to muck up their friendly waters, because Nicks eventually said that Lohan could play her in a biopic "over her dead body." But don't you think that friction makes this cover simmer all the more? The forlorn sadness in Lohan's delivery is strangely psychic, looking back.

This Speak deep cut makes the list for, yes, its emotionally loaded if occasionally confusing lyrics. As we all know by now, teen stardom was hard for Lohan, so "Symptoms of You" is... just accurate? To say the least. Highlights include, "There's a good kind of pain/ An insane kinda sane/ When I'm around you" and also this Shakespearean stunner: "And there's not light in the moon/ And it's winter in June/ When I'm without you." I would like to note that An Insane Kinda Sane will actually be the title of my forthcoming memoir (and audiobook of dramatic string instrumentals and ASMR pillow screams) through Random House.

"To Know Your Name"

This slinky, sexy electro number feels like a more salacious cousin of Kelly Osbourne's violently overlooked 2005 classic "One Word." The fact that that single wasn't huge for Ms. Osbourne is evidence that homophobia still exists, to be honest. But I digress. "To Know Your Name" captures Lohan's penchant for scandal and risk. She sneaks around with a lover, incognito from prying eyes ("we must keep this secret well," she glides). The pitfalls of celebrity surveillance: forever a theme! This one resonates, too, because how weird is it that Lohan was so hyper-aware of her visibility by age 18 that she felt compelled to sing about it? Like... a lot. And blasphemy, but this and "Rumors" sort of walked so "Piece of Me" (which came out in 2007, reminder) could run? Fight me.

On the original tracklist, this was called "A Beautiful Life (La Bella Vita)" because Lohan was maybe going to Rome often or something. But I remember it closing the album with swelling strings and a hopeful note of Lohan claiming, well, the very special life that is hers and only hers. But it didn't come easily. The opening lyric is literally, "God won't talk to me." Sheesh, but at least Lohan's god is a "she" who's "pretty busy lately," so that's promising if you dislike the patriarchy. But yes, I, like those of you who have braved this editorial spiral with me, can only imagine how Lohan feels nowadays. Waiting with bated breath we'll soon find out!