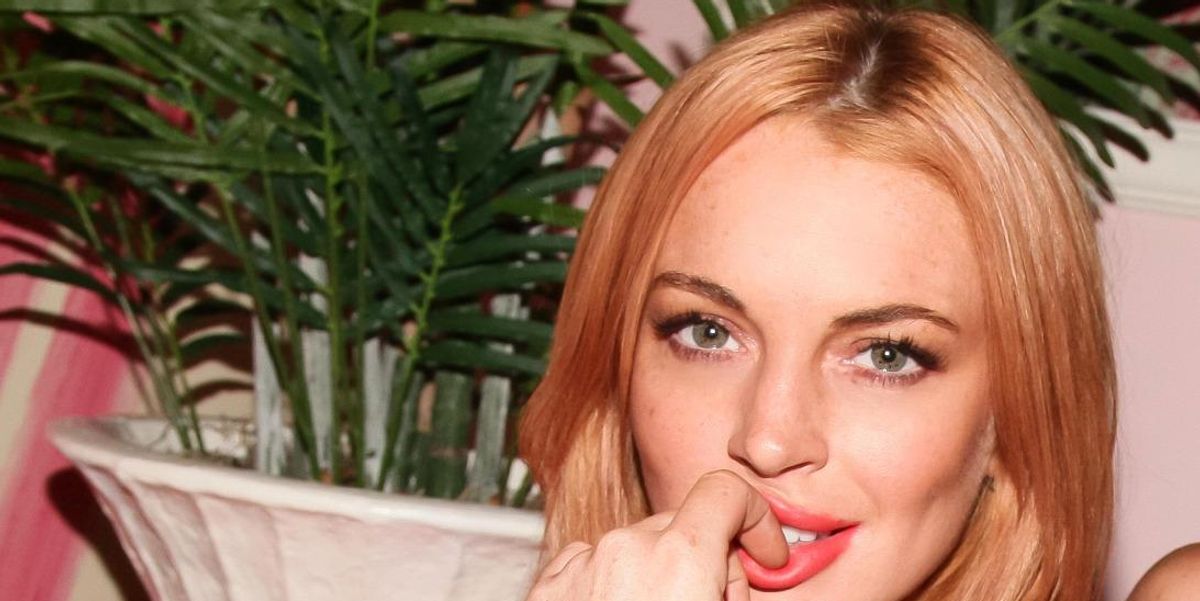 UPDATE: Lindsay Lohan told Page Six that she did NOT throw her beau's phone into the Aegean Sea, as previously reported.

It had to do with my friend throwing his phone case in the water as a joke . . . because [guests] were making fun of it . . . People said I personally threw [the] phone, but it's all not true. It's a total fabricated lie!

Multiple outlets are reporting that Lindsay Lohan, who recently celebrated three crispy decades in this mortal coil, channeled some 2009 LiLo during her Grecian birthday getaway to Mykonos this week:

Lindsay (apparently) hurled her fiancés cell phone into the Aegean Sea, after coming across a "dodgy" text.

Egor Tarabasov, who's been attached to the former scion's jagged hip since last year, responded by ALLEGEDLY pouring his drink on her.

Mind you, this was all in front of the duo's family and friends, including Linds' sentient neck vein father, Michael Lohan, and her younger sister, Ali.

The pair's fight escalated so much, that the venue's security-- who'd probably gone through a workshop in the weeks leading up to Lindsay's arrival to properly prep--stepped in to break it up.

Team LiLo is claiming the incident has been greatly exaggerated by the media, and the actress posted some damage control Instagrams, including this one:

When Lindsay Lohan says she's seen it all, you better fucking believe it.