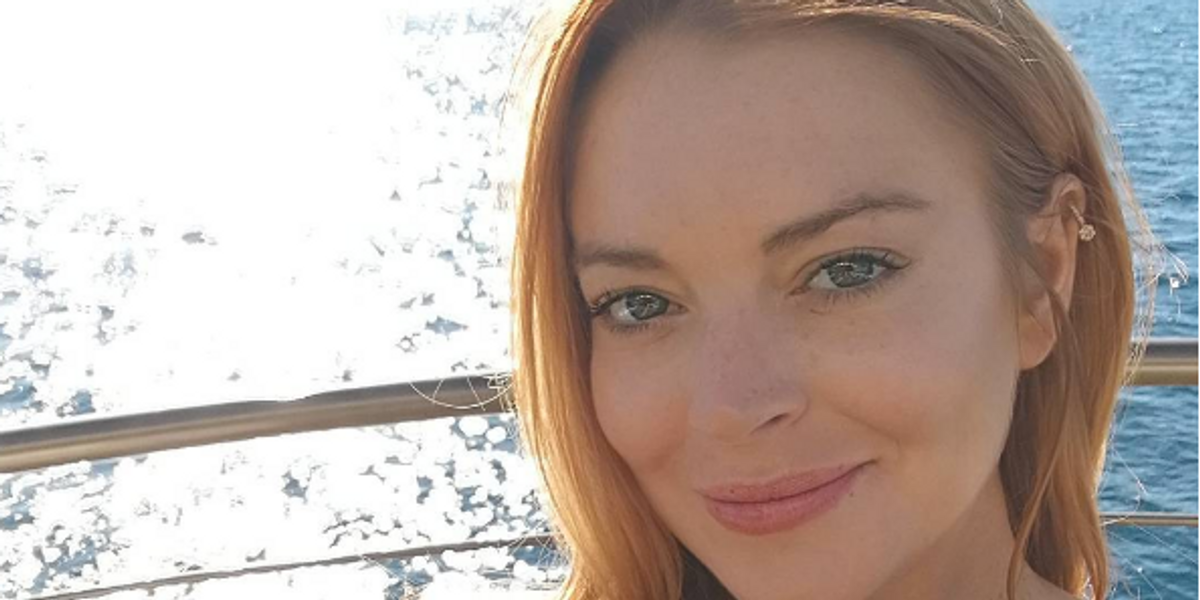 In an unexpected twist of fate Lindsay Lohan, actress, international woman of mystery and recent Islam convert, has declared herself for President Donald Trump fan.

In a move that makes very little sense, yesterday Linds responded to a tweet that contained a screenshot of a Breitbart article reporting Trump's support a terminally ill infant in Britain. The original tweet was referencing CNN's address of Trump's controversial July 2nd, in which showed himself beating up the CNN logo.

Linds then decided to use @LeahR77's tweet to call for an end of all the "bullying" Trump is subjected to.

@LeahR77 @CNN THIS IS our president. Stop #bullying him & start trusting him. Thank you personally for supporting #THEUSA
— Lindsay Lohan (@Lindsay Lohan)1499143483.0

She then followed up with another tweet, calling the Trump family "kind people."

This is not to forget the time that Lindsay Lohan, who appears to split her time between Greece and Turkey, announced she was "scared" to return to the United States because of Trump's stance on Muslims. She also claimed she was racially profiled at an airport for wearing a headscarf. This all went down less than six months ago.

What a world, huh?