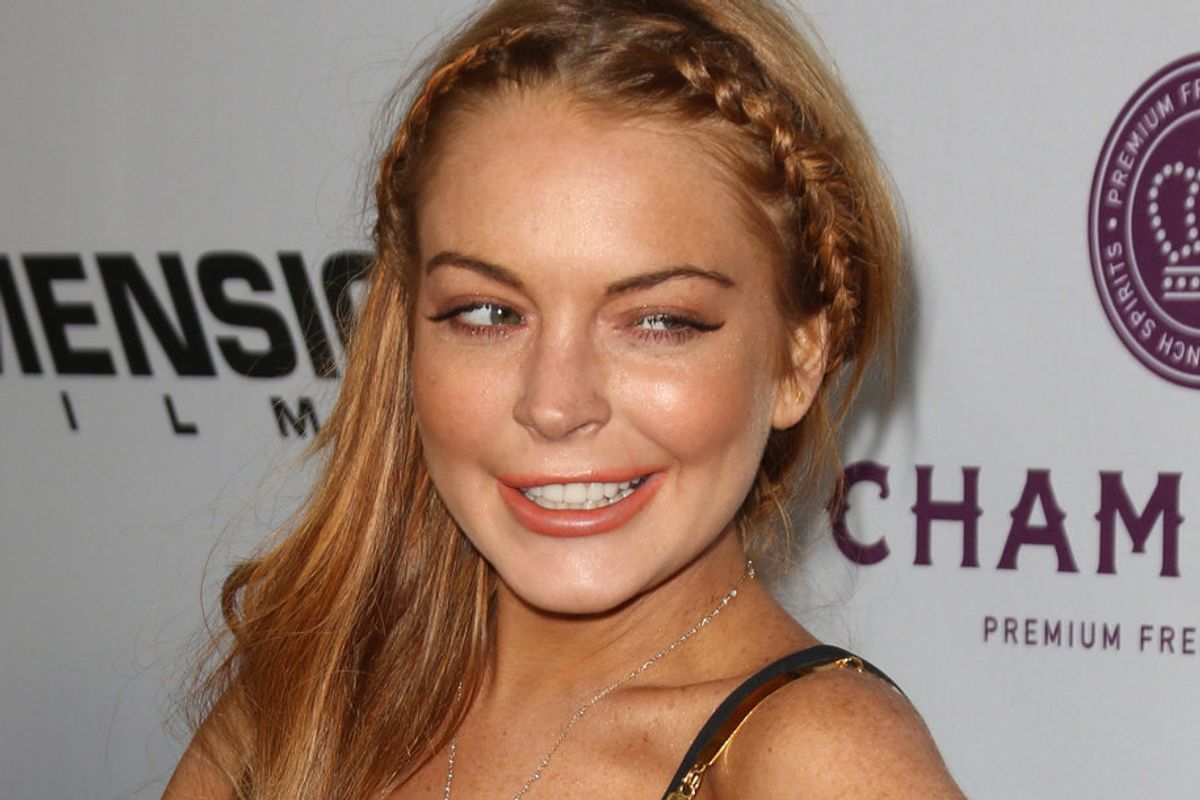 Lindsay Lohan, occasional actress and possible 2020 presidential candidate, continued her streak of hieroglyphic Instagrams with a particularly ghoulish post (which, for Lindsay, is saying a lot).


Lohan posted a photo of herself donning a swinging 60s getup, including thigh-high boots, and the caption "I LOVE SHARON TATE," revealing the murdered actress and 60s icon was her muse.

Only catch is, the Instagram (sommmmeeehowwwww) was posted on the 81st birthday of Charles Manson, the mastermind behind the horrific August 19, 1969 killings that claimed the lives of Tate and four others in the Los Angeles home she shared with her husband, Roman Polanski.

The response, of course, was "HUH?" with users commenting on how grossly transparent LiLo's timing was; can you blame them?

Aside from common sense-repulsion to how disrespectful this was to the memory of Tate and the other victims of that hellish night, the public has also had a LOT of time to get wise to (and exhausted by) Lindsay's thirsty tricks.

Linds, do yourself--and all of us--a favor and put the Instagram down.