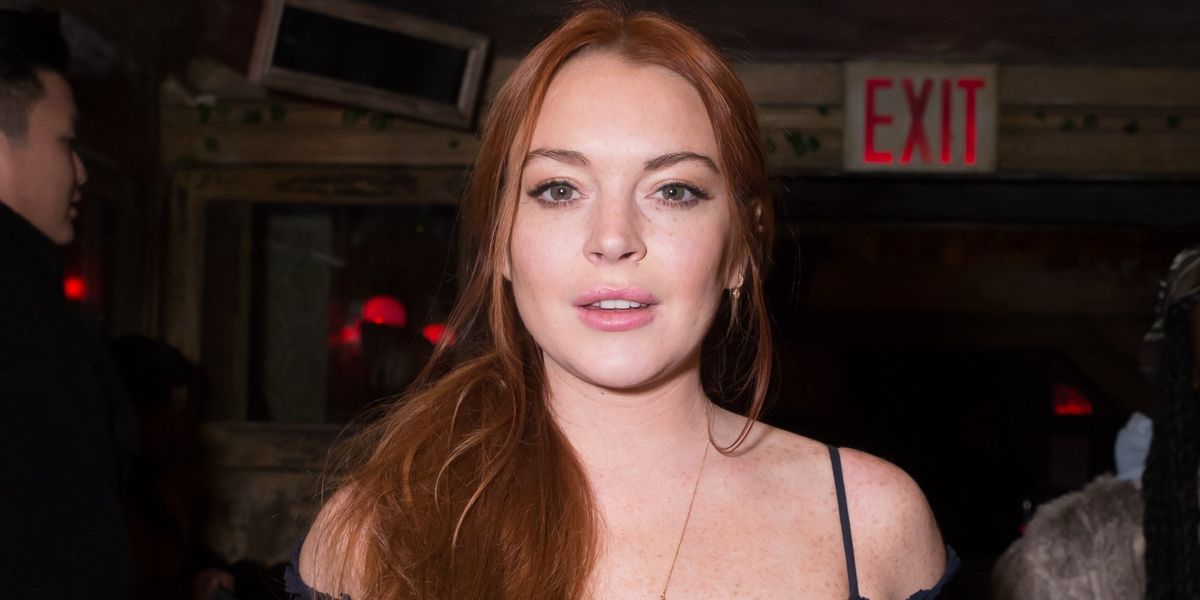 In a chat with noted pond scum Piers Morgan on Good Morning Britain, Lindsay Lohan claimed that she was "racially profiled for the first time in [her] life" in a journey from London to New York, following a humanitarian trip to Turkey. Lohan, who was wearing a headscarf at the time "out of personal respect" for Turkish culture, was detained by airport security before they realized who she was. "[An airport security officer] opened my passport and saw 'Lindsay Lohan' and started immediately apologizing, but then said 'please take off your headscarf,'" she recounted.

The incident made Lohan pause for a moment to check her privilege as a white, famous, non-Muslim person. "I [took off the headscarf], it's ok, but what scared me was, in that moment, how would another woman who doesn't feel comfortable taking off her headscarf feel. It was really interesting to me. I can't speak for what the purpose of [asking me to remove the headscarf was], but it was jarring."