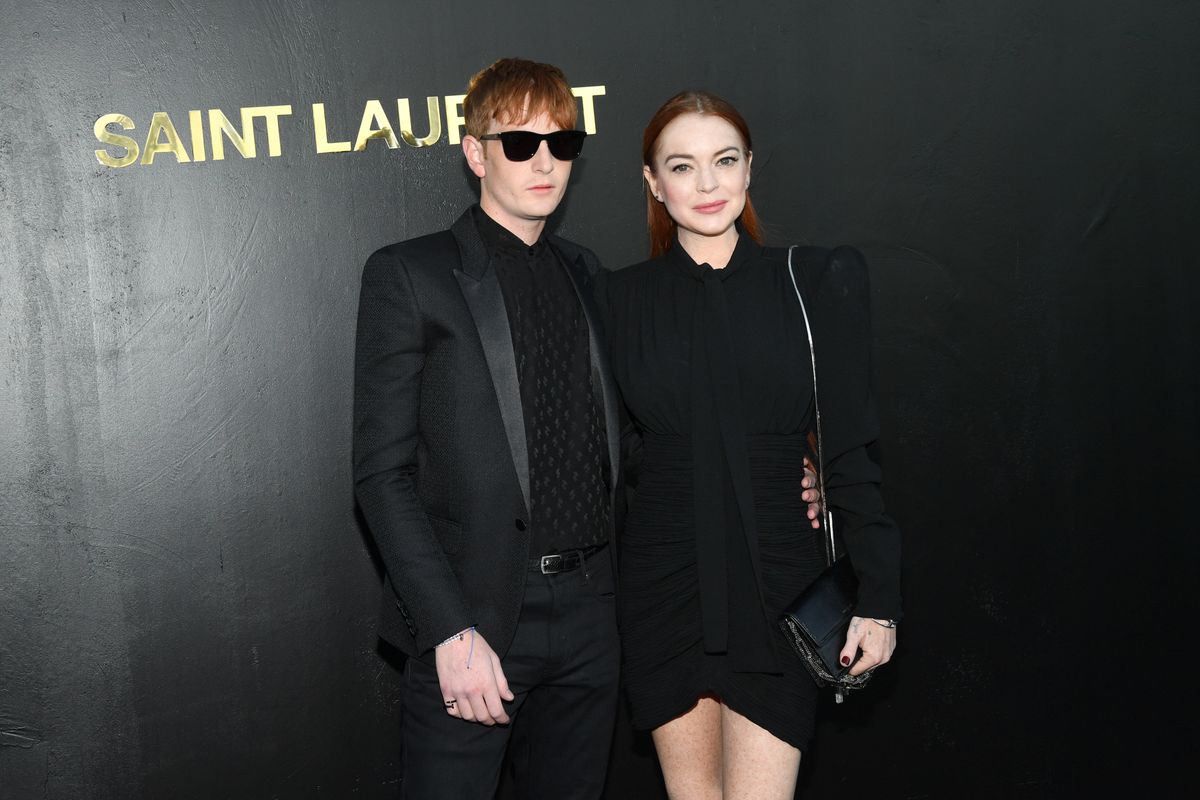 Fashion is the latest frontier in Lindsay Lohan's vengeful bid to make 2018 her year. On Tuesday, the actress-turned-singer-turned-entrepreneur made a surprise appearance in the front row at Saint Laurent's Paris Fashion Week presentation.

Adorned in vampiric business casual, she attended along with her grown-up little brother, model Dakota Lohan, as guests of house's creative director Anthony Vaccarello. The Lohans attended a Saint Laurent fitting earlier in the day, before heading to the show itself, held in front of the Eiffel Tower.

Contributing to the show's early 2000s time warp, she was joined in the front row by Nicole Richie and Kate Moss

While her appearance is a sign of Lohan's reconciliation with the fashion world (as W reports, Lohan hasn't been sighted at Fashion Week events since 2016), we suspect (and respect) that infiltrating fashion is simply the next step in her masterplan to build a Lohan brand empire.

Quick refresher: Lohan is developing upcoming fashion and beauty lines, accidentally starting viral dance crazes, and is in the process of filming a "Vanderpump Rules in the Mediterranean"-style MTV reality show Lohan Beach Club, which follows her journey of opening a luxury resort in Mykonos, Greece. She's announced plans for another Lohan club in Rhodes and a Lohan island in Dubai.

At least she's honest about her impetus for her recent exploits, telling the New York Times in June: "I think success is the best revenge." She might not be making it look effortless, but we're here for her comeback and its generous entertainment. What's next?