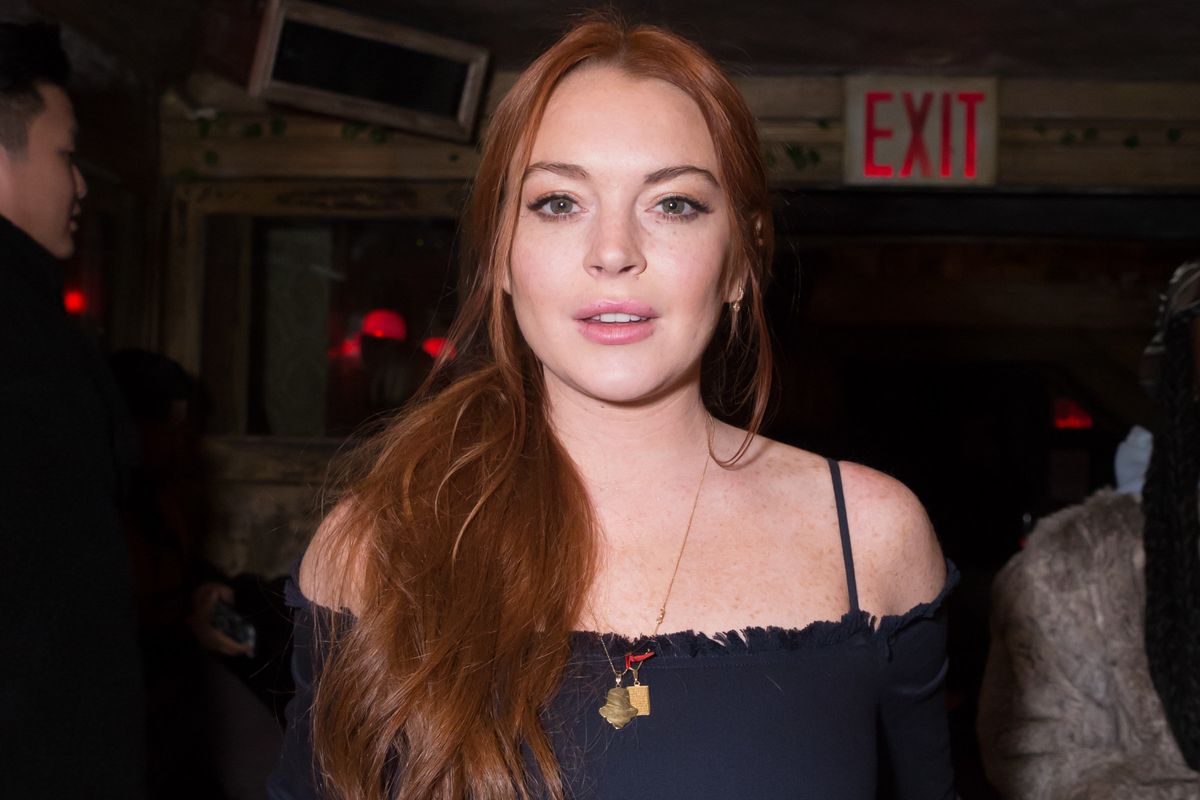 Lindsay Lohan has had a busy several years. She's designing an island off Dubai, she's the spokeswoman for Lawyer.com, she's confused by Kim Kardashian's 'Bo Derek' braids, she's apparently starring in a female empowerment film in Saudi Arabia, she's a lifestyle blogger, she's launching a jewelry line, she's introduced a new accent, she's pitched a Punk'd-inspired reality show, she's been learning Islam (but no more). She's also the owner of a beach club in Greece, which is where she sat down with The New York Times to discuss her latest venture: a Vanderpump Rules-esque show set at Lohan Beach House.

While the feature doesn't include any new images of Lohan (she reportedly won't do any photoshoots that aren't fashion-oriented or paid), it certainly provides insight into Lohan's life, which seems mutually peaceful and jam-packed. Her Lohan Beach House seems to be a popular attraction on Mykonos, and a new show produced by the soon-to-be 32-year-old for MTV could prove a must-watch for fans.

"She also has a lawyer.com sponsorship, plans for a Vanderpump Rules-style reality show for MTV centered around the club," the Times reports, "and a general outlook that, at this point, if Ms. Lohan can believe it, she can achieve it." Lohan told the reporter, "I know who I am as a person," adding, "I don't want any judgment on me. You know? My acting is good, my work is good, and I love work."

She also weighed in her former romance with Russian socialite Egor Tarabasov, to whom she was engaged when footage of him assaulting her went viral. "It happened, here in Mykonos, on the beach. And that was the moment where I switched and I was like, 'I'm going to take control of my life completely, and fire everyone and just rehire them when I'm ready,'" Lohan said. "And that's why I'm here today, because it was on that beach where I got hit. I said, 'You know what? If there's anything I can do, I'm going to get that beach. It's going to be my beach.'"

Lindsay Lohan is not about to leave the cultural conscious anytime soon — stay tuned. Read the full Times profile here.