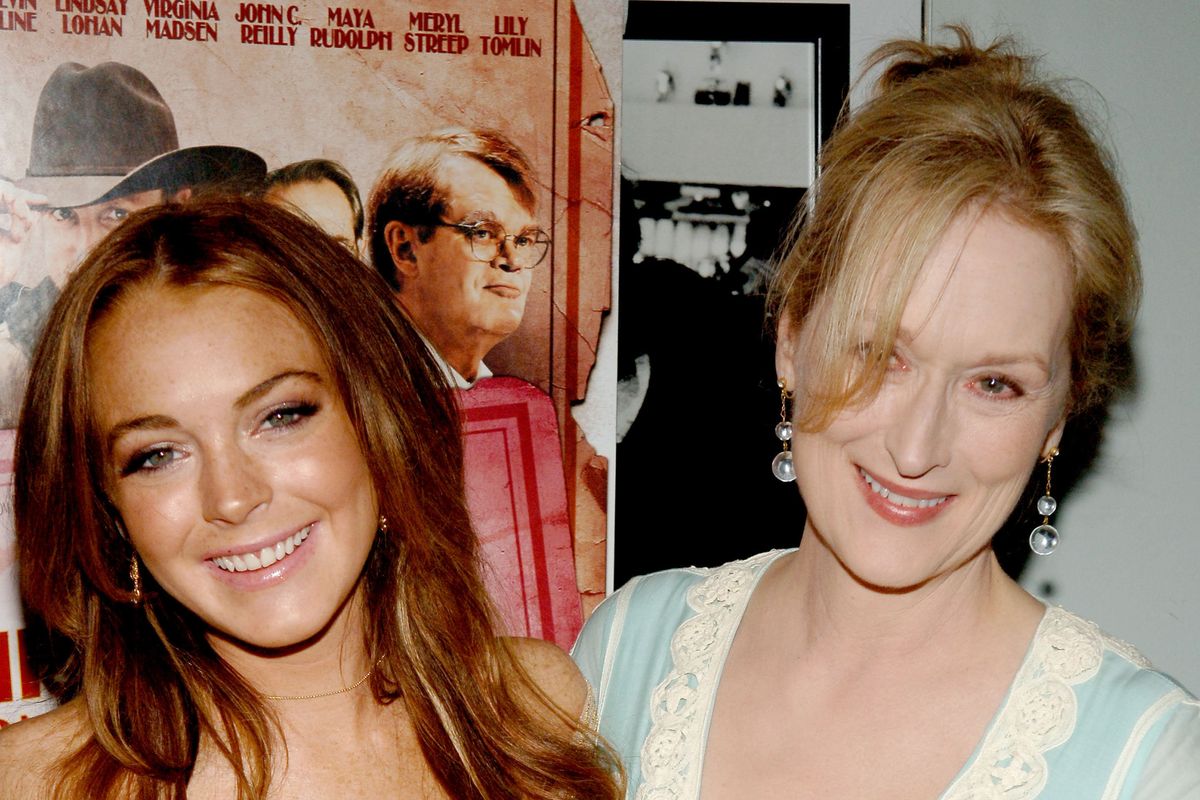 Last night, Lindsay Lohan shared a dream on Instagram. She posted a picture of Ariel and Ursula in The Little Mermaid, superimposed with the text "My dream role with #merylstreep." She tagged Disney Studios in the caption.

Lohan previously appeared alongside Streep in the 2006 film A Prairie Home Companion. And this isn't her first request for a Mermaid role. In a now-deleted Instagram post from February 2017, the actress said she wanted to play Ariel in a Bill Condon-directed remake.

"I will sing again, as #ariel #thelittlemermaid," she wrote. "@disney approve that #billcondon directs it along with my sister @alianamusic singing the theme song for the soundtrack. also @kgrahamsfb plays Ursula. Simply because, she is the best. take one. @disneystudios."

It's not the most insane idea — Lohan has red hair, she's a great actress, and as any "Rumors" fan could tell you, she's an excellent singer. But we'd like to point out that in this particular gram, Lohan doesn't exactly specify whether she'd like to play Ariel or Ursula. Perhaps she could take a turn as an evil sea witch? We'd buy tickets.