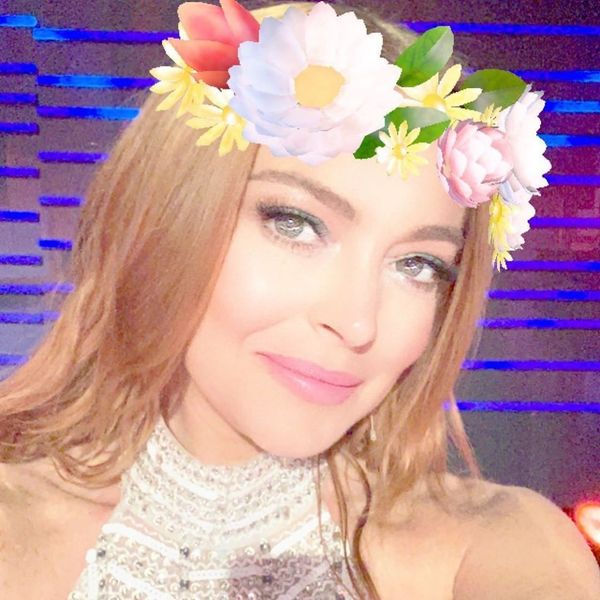 The Masked Singer Australia hasn't aired yet, but it's already getting tons of press thanks to the all-star judging panel that's taking the reins for the franchise down under. Made up of singer Danii Minogue, comedian Dave Hughes, radio star Jackie O, and living legend Lindsay Lohan, the panel is enough reason to watch the new iteration of the international game show. Trailers and news related to the series started breaking about a month ago, but most coverage has centered around Lohan's alleged on-set drama.

Well, just in case the marketing team for The Masked Singer Australia wanted a vacation, Lohan has decided to assist once again with press and promotion by making her own trailer for the show's first season, complete with clips from her own reality show, Lindsay Lohan's Beach Club. How chic!

While it appears to be a product of a copy-and-paste job in iMovie, the trailer is still somewhat of a modern day, MacBook-made, avant-garde artifact. Produced by "LLohan," Lohan's imaginary production company, the trailer is 007-inspired, with a backing track to rival even the most suspenseful of spy movies. She lists her co-stars as fellow Lohans — an honor for any celebrity — and lists herself as the editor, production designer, director of photography, costume designer, executive producer, writer, and director. We have no choice but to stan a multi-hyphenate queen.

Fans on Instagram are all in support of Lohan's newfound hobby of trailer-making, with one fan commenting, "Made by you! Well done, very creative," and fellow Beach Club star Panos Spentzos commenting, "I love it!" The trailer may never air as actual promo for the show, it was made with love by the Rumors queen herself. Now, if we could just get an album update!