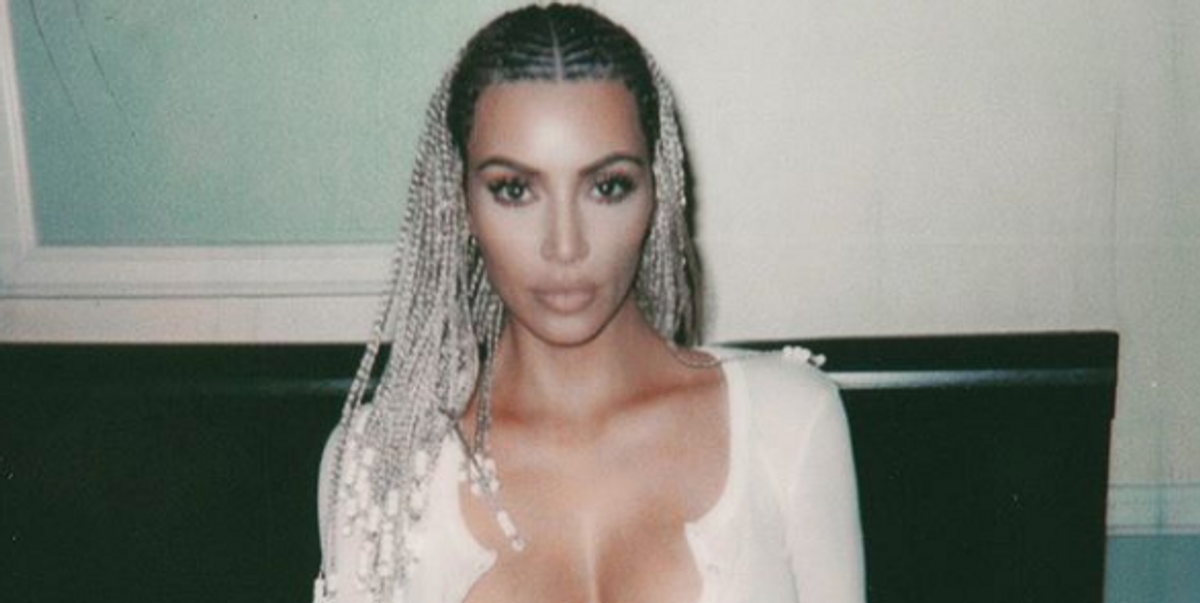 Today, Kim Kardashian West posted a few images of herself sporting new beaded braids to Instagram. She called them "Bo Derek" braids, while most people would call them corn rows. Though she was quickly accused of cultural appropriation by the masses and media, it was the criticism of one person in particular that got a rare response back from KKW:

That's right, Lindsay Lohan took a break from planning out her private island to say she was "confused" by the new style, to which Kardashian replied, "You know what's confusing... your sudden foreign accent." That's not even shade, just straight tea.