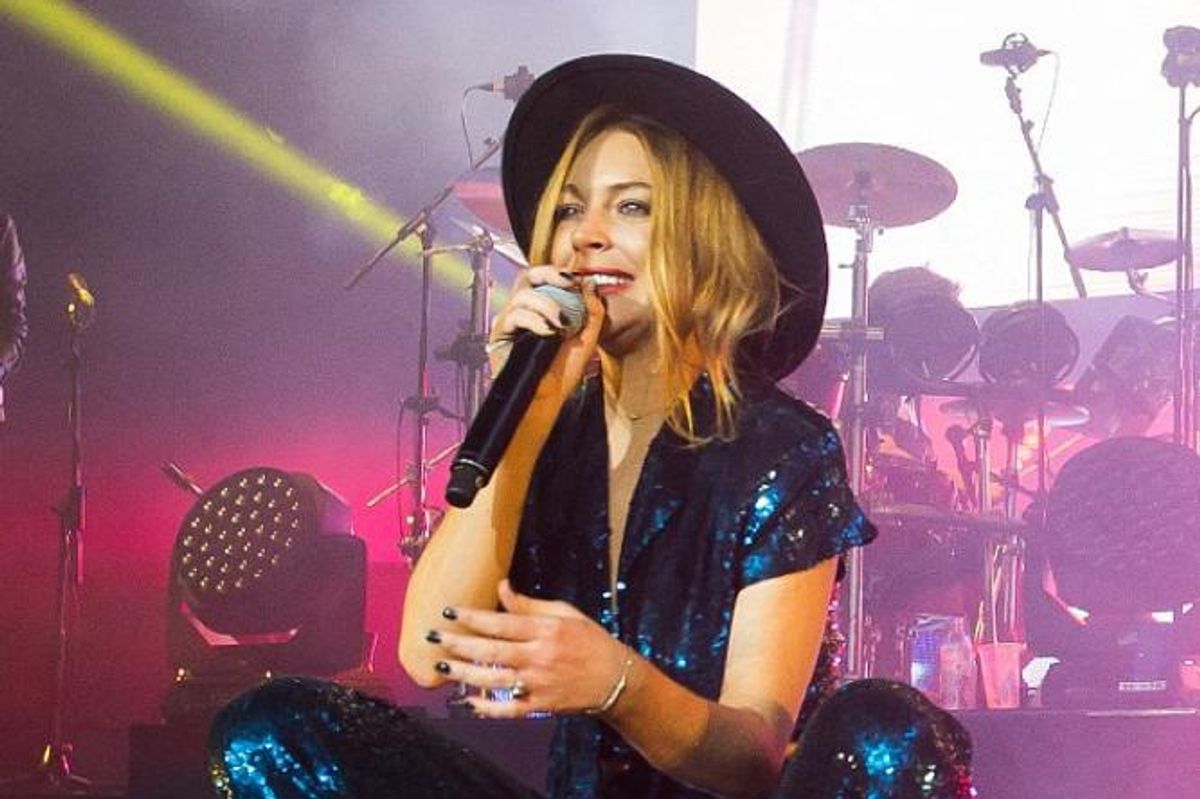 80s icons Duran Duran conjured Lindsay Lohan from her lavender twilight realm, to appear on their single "Danceophobia," from their album Paper Gods, which came out in September.

The band's frontman Simon Le Bon and Lohan have been friends for a while, so the meshing wasn't all that "WTF?"

For those of us who were hoping LiLo would show off the same pipes used in such seminal hits like "Rumors" were quickly disappointed, as her portion of the song was mostly spoken word.

Last night, during the London leg of their Paper Gods tour, DD had the fledgling actress join them on stage at the O2 center to bless the the stadium with her cig-charred vox.


"Performing" would be a pretty generous summary of...whatever Ms. Lohan was doing; I'm going to say, she was present.


Lohan smirked and barely attempted to lip-sync the only "singing" she had to do.

She looked great, though!


You take that fedora off, girl!


The actress/singer posted a clip of herself on her Instagram, joining the group on stage during the concert's finale; it seems like she tries to say something into the mic at one point, but it's either too quiet, or not on all together.

Since living in London for the past 2 years, Lindsay's appropriation of British English has been nothing short of transcendent.