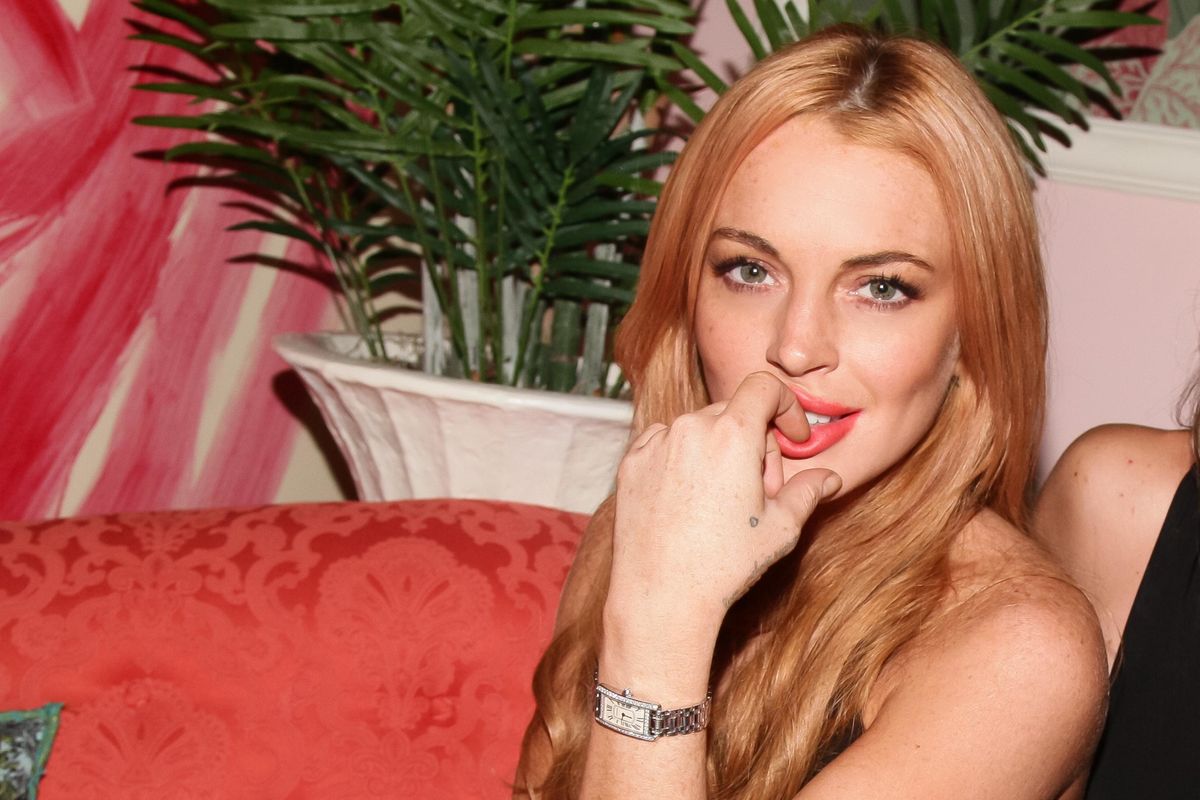 Lindsay Lohan has often been labeled "troubled." It's a word that is easy to attribute to the 32-year-old, with a past that has been filled with highly publicized drama. Even CNN once published a listicle titled, "Lohan's Troubled Timeline." The actor is back, though, reclaiming the word that has so often meant less-than-nice things for her — and she's doing it while wearing Diesel.

Lohan posted a photo of herself standing in front of old photos of herself, including her 2004 Speak album art. With black skinny jeans and a black bra, she covers up in an oversized black bomber jacket from Diesel. Down the front, it reads, "Troubled." Dubbing the look #DieselHateCouture, she writes, "They said I was troubled. I said this is how you throw a party in Mykonos bitch. 'The more hate you wear, the less you care.'"

Staging her um-teenth comeback with a new club under her own name in the Greek Islands, it seems as though she's practicing what she preaches — at least for now.