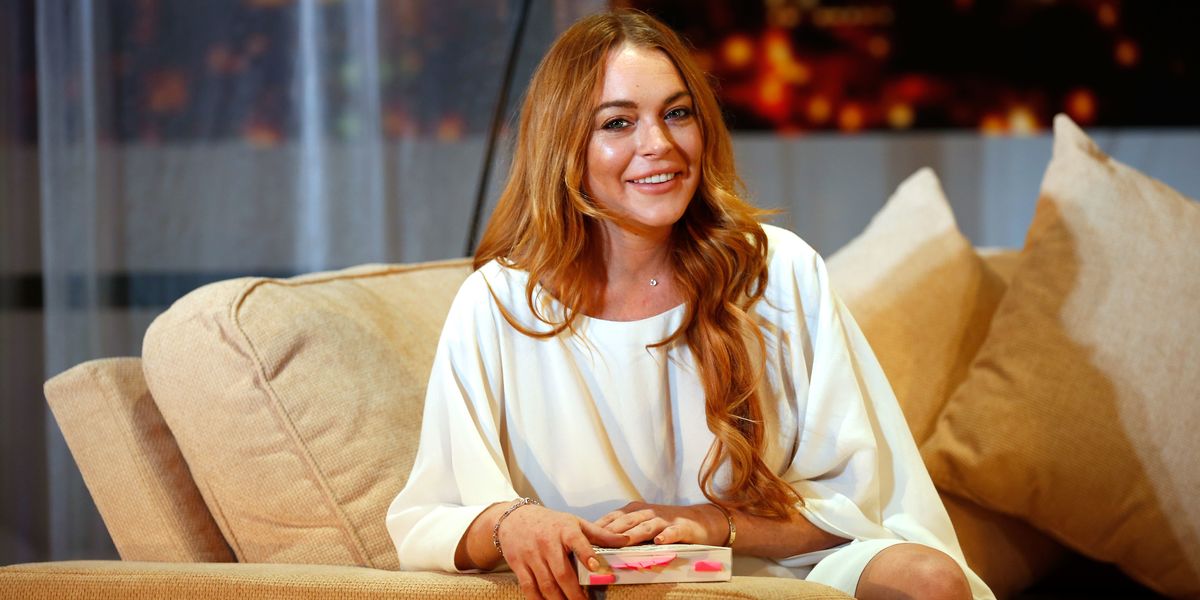 Lindsay Lohan Appears to Take a Dig at Cody Simpson

Lindsay Lohan doesn't appear to be too pleased with Miley Cyrus' new boyfriend, Cody Simpson, though sources say it's fine.

For a little context though, according to TMZ, Lindsay took to her Instagram last night to seemingly shade Cody, who previously dated her little sister Ali. In a since-deleted post featuring an old paparazzi photo of Ali and Cody, Lindsay reportedly wrote, "When you realize you failed. And you settle for less."

Not only that, but she also reportedly added that, "family is everything you won the masked singer but you lost on your future" — a reference to Cody's recent win on Australia's first season of The Masked Singer.

Lindsay — who is a judge on the show — correctly guessed that "the Robot" was Cody. Ahead of the big reveal though, she took a moment to address the yet-to-be-unmasked Cody by saying, "If it is you, we have a lot to talk about, and this is not the arena for it."

Not only that, but Lindsay also apparently told him that she wants her "furniture back, because I bought your furniture for your house in Venice!" — a statement that fellow judge Jackie "O" Henderson said stemmed from Lindsay claiming she furnished the house Cody and Ali got last year.

However, the publication reports that a source close to Lindsay explained that "it was nothing more than an inside joke," and that she's actually on "good terms" with Cody. They also said that the aforementioned "settle for less" post isn't a dig at Miley.

That said, in a new Instagram post congratulating Cody on his win, Lindsay continued to joke, though it's unclear whether or not she's being serious.

After tagging Cody, Lindsay wrote, "Good job!! what a great time! What a great time and wonderful moments we have all had on this show!," but not before adding one last little jab.

"Congratulations to everyone! @aliana leave the riffraff behind sista!!!" See Lindsay's post, below.

@themaskedsingerau woohoo!!! I was right!! 😯 yay🤣💕 @codysimpson good job!! 🤖 what a great time! What a great time and wonderful moments we have all had on this show! Congratulations to everyone! @aliana leave the riffraff behind sista!!!