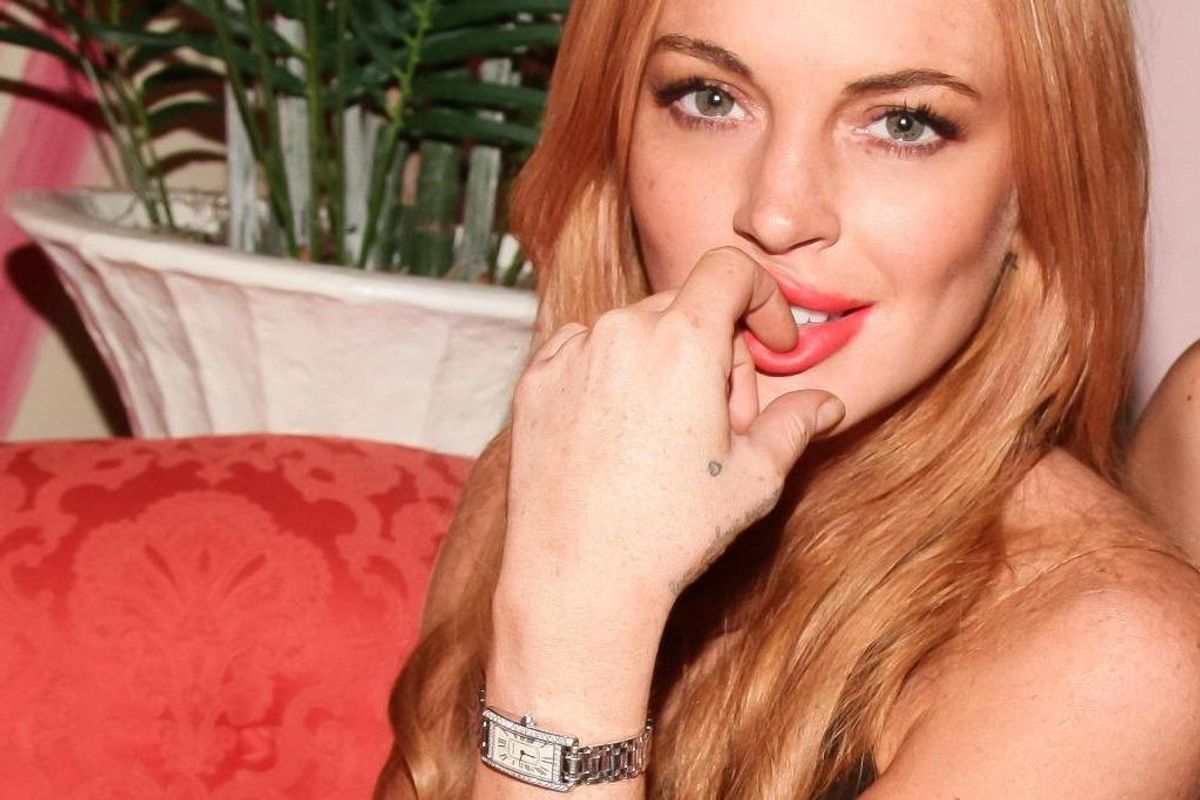 Uh Oh: Lindsay Lohan Was Allegedly Involved In A Racial-Fueled Argument At a Manhattan Bar

Lindsay Lohan isn't off to a good start in 2016 and we're only a week in. Reports have surfaced claiming that the actress allegedly got into a heated disagreement with a bartender at VBar in NYC's Greenwich Village.

According to Radar, Lohan and her baby-sis Ali hit VBar on Friday and, according to an unnamed witness:

"They walked in off the street and made a beeline for the bathroom. They didn't order a drink or anything. They were in there for around 20 minutes and then the bartender started knocking on the door and asked them to come out. When they didn't come out, he then asked them to leave."

The source then claims that Lindsay emerged, glossy-eyed, and started yelling at the West African bartender saying things like: "This is New York. You're not from here!" What's worse is apparently Lindsay donned a mock African accent while arguing with him, supposedly "asking him if he was from Ghana."

According to the source, after berating the guy, Lindsay wasn't done. When leaving the bar, she allegedly got into another confrontation, this time with the anonymous source's friend and during the fight she apparently spit in their face before exiting.

All we can say is we hope these gossip reports aren't true and that the coming weeks prove to be a better start to 2016 for LiLo.