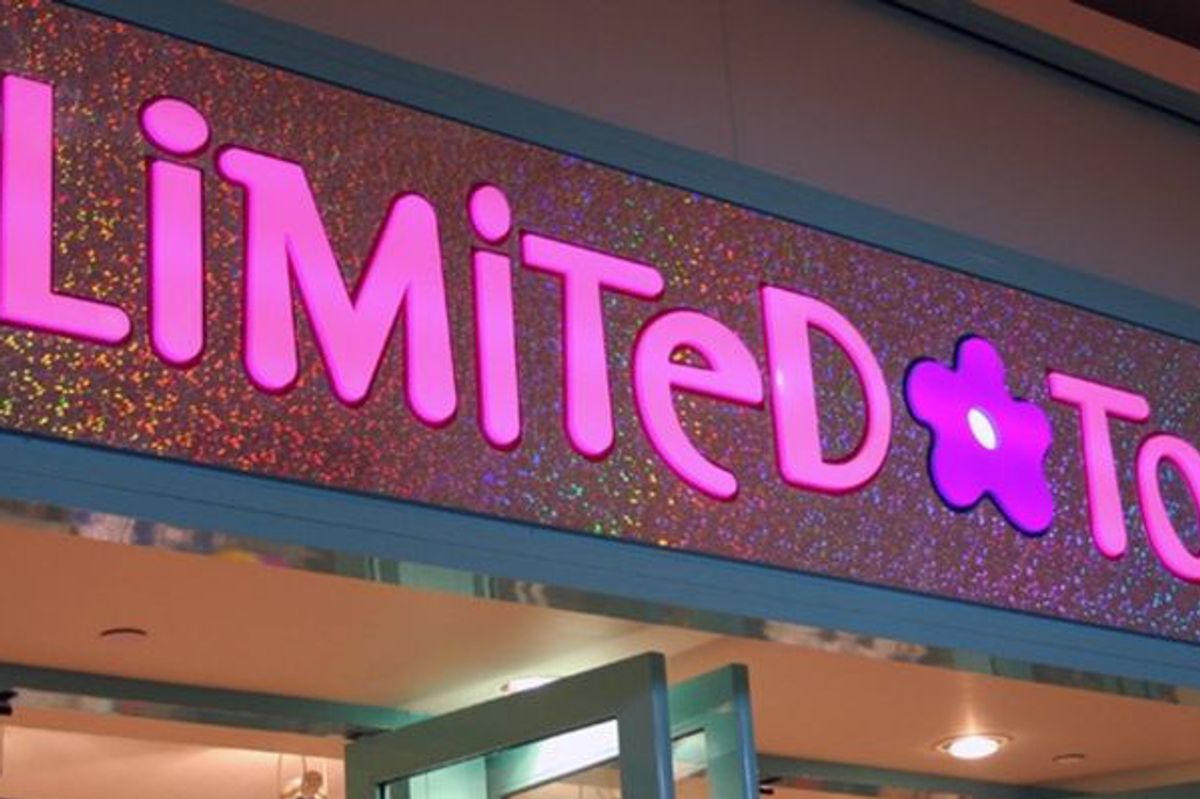 If you've been trying to find a decent tankini, Caboodle, or inflatable armchair for years without success, you're in luck. Limited Too, the mall store that raked in a whole lot of babysitting money from tweens in the '90s, is returning in pop-up form this August in New York. To my fellow Millennials-of-a-certain-age who've been perplexedly watching the rising tide of '90s suburban nostalgia in fashion: this Spice Girls Chupa Chup is for you.

Limited Too has actually technically been "back" for a minute. After it was acquired by Bluestar Alliance in 2015, an updated version of the Limited Too brand (think less "girl power" and more "good vibes only") has been quietly making a mint selling apparel on Amazon, according to Fashionista. To keep this sweet money train chugging along, Bluestar decided to up the ante with physical pop-ups for back-to-school shoppers that play specifically to '90s nostalgia of Millennial moms and their tween children. The next generation needs body glitter too, OK?!

The first pop-up will rove around New York City from August 6-10, and details are below:

Splash image via Limited Too