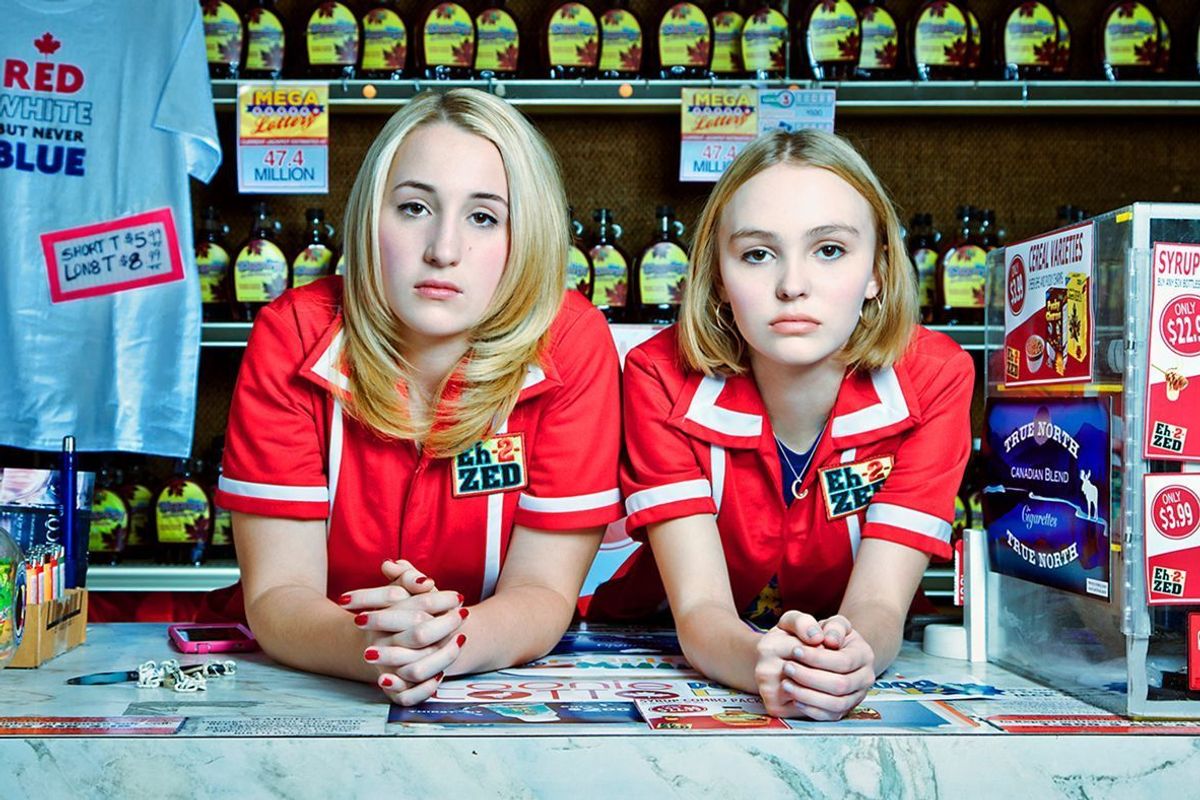 "OMG could you stop being so basic?"

2015 was a big year for Lily Rose Depp. The actress and model was the star of Chanel's eyewear campaign, on the cover of LOVE and acted as an all-round badass advocate for her generation. But 2016 is the year her star power will really skyrocket. Yoga Hosers is the first movie to come out that will showcase her acting chops (if we forget about the comedy-horror TUSK) and from the teaser trailer that was just released, we can see that just like her dad, Depp was born to be in front of the camera.

The film is a coming-of-age comedy, written and directed by Kevin Smith, Depp stars alongside Kevin Smith's daughter (Harley Quinn Smith) as two bored teens who work at a convenience store in a Canadian town. The movie just premiered at Sundance Film Festival to excellent reviews confirming what we already knew: Lily-Rose is soon going to take over the world.

The movie's IMDB profile also notes that Yoga Hosers stars Johnny Depp, so we can't WAIT to see how father and daughter handle each others company on screen. Our money's on Lily-Rose. Check out the teaser below.