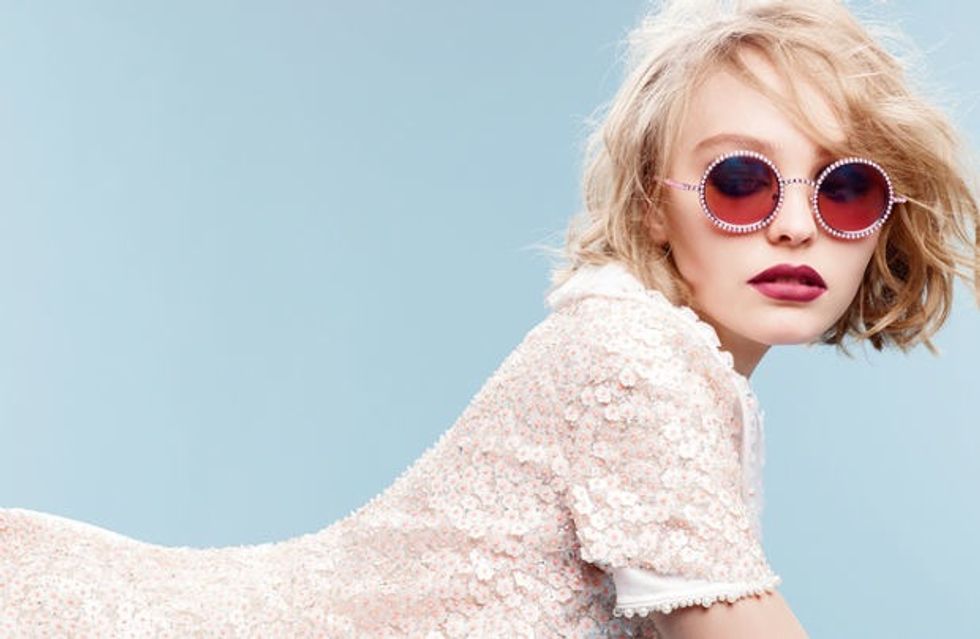 Lily-Rose Depp Is The New Face of Chanel Eyewear, Because Duh

By Sandra Song
PAPERMAG
photo via Chanel
It's probably an understatement to say that Lily-Rose Depp has experienced a meteoric rise to fame over the past few months. After all, the 16-year-old has kind of set the Internet ablaze with her, um, mere presence, and as a result, the entire world has been waiting to see what's up next for the Girl with the Perfect Pedigree. And it looks like the answer is being the new face of Chanel eyewear, as evidenced by some newly-surfaced Karl Lagerfeld-shot photos and a short video teaser. Absolutely adorable in all her pearl-studded glory, those are definitely some Lily-Rose-colored glasses we'd like to have. Talk about good genes.
[h/t Fashionista]