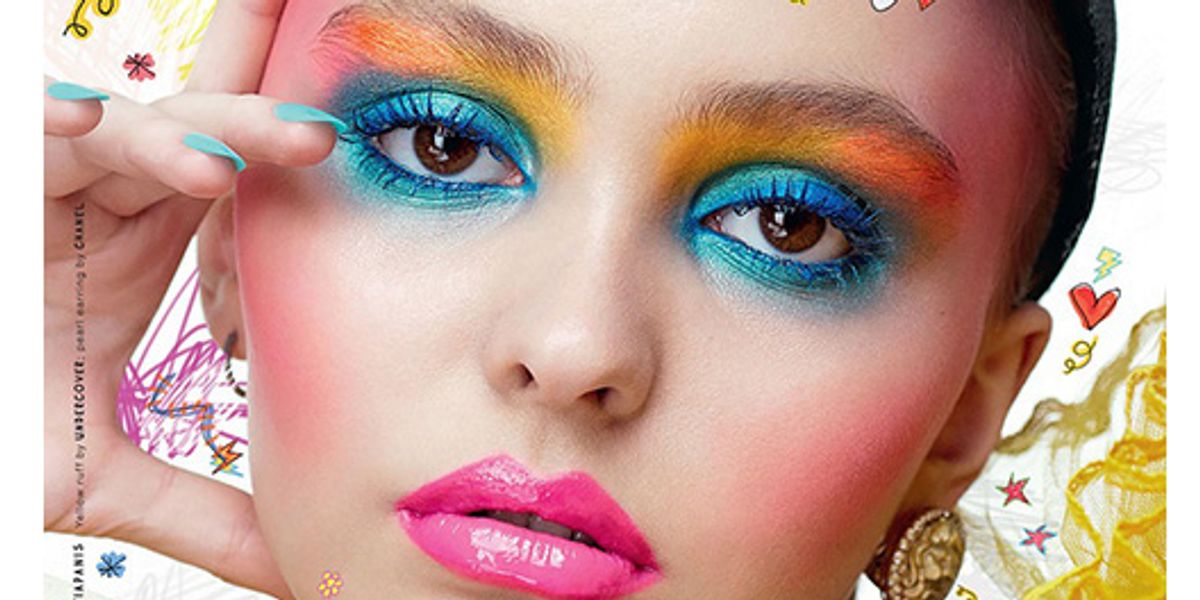 It was no surprise to anyone that Lily-Rose Depp's star would shine brightly once she took the world by storm after appearing in her first 2015 ad campaign...for Chanel Eyewear nonetheless.


Now the 16-year-old is set to grace LOVE Magazine's 15th issue and she's rocking some seriously vibrant clowncore-inspired makeup. Shot by Willy Vanderperre, the cover image will most certainly be accompanied by an equally beautiful/badass photo editorial, that we'll all have to wait until February 8 to pour over.

Set to appear in three upcoming films including The Dancer, Planetarium and Yoga Hosers, the Bambi-eyed progeny of Johnny Depp and Vanessa Paradis and her grade-A genes revealed in an interview with LOVE Magazine that she would love to work with Quentin Tarantino in the near future. Regarding her career development, Depp offered:

"I don't have any plans in particular, I just know this is what I want to do and I want to work hard at it, and hopefully keep finding roles as beautiful as the ones I've already been lucky enough to come across."

You can check out the full (yet brief) interview with Lily-Rose Depp over at LOVE Magazine now.