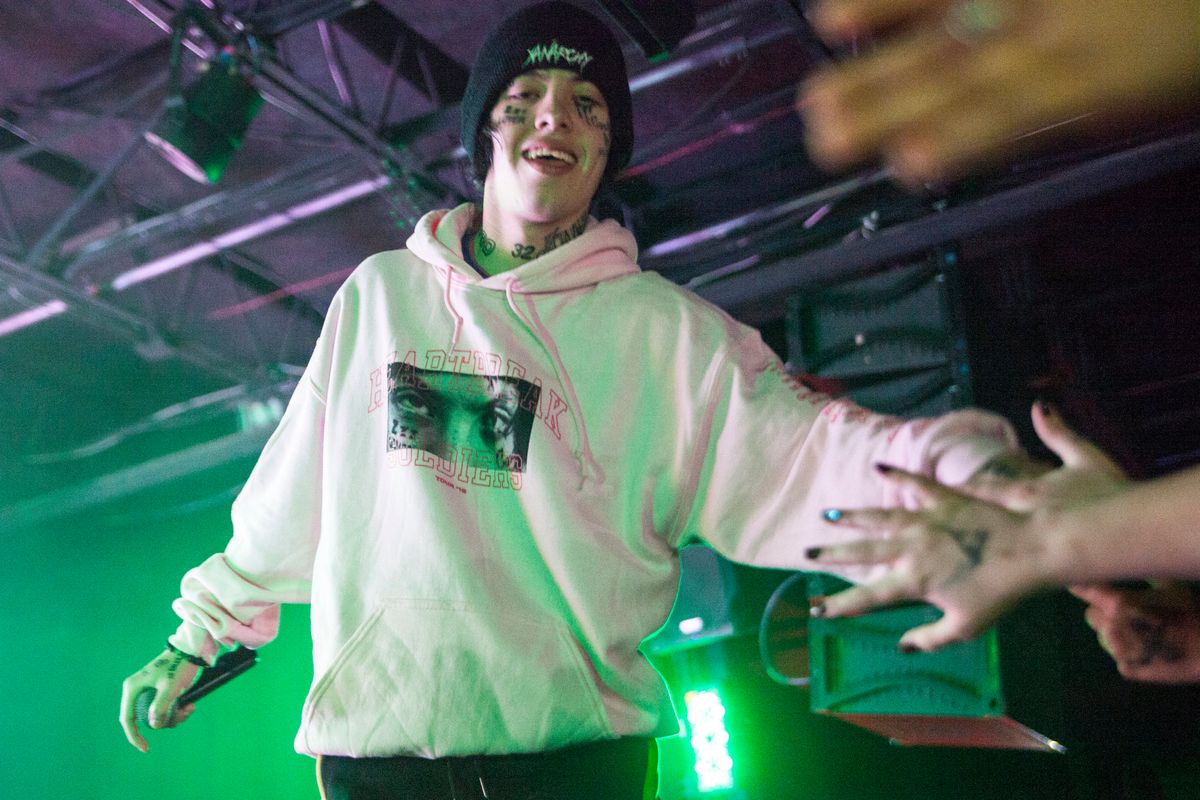 Lil Xan Is Becoming a Dad

Lil Xan, the 22-year-old rapper who recently made headlines for eating too many Flamin' Hot Cheetos and being rushed to hospital, will soon experience the joys and setbacks of fatherhood. Over the weekend, he announced on Instagram that Annie Smith, his girlfriend of a few months, is pregnant.

Xan posted a photo of himself and Smith accompanied by an emotional caption confirming that his fatherhood announcement was "official." He said he'd "never felt more happy" in his life, and jokingly invited fans to the gender reveal party.

His girlfriend has already added "mommy to be" to her Instagram bio, and uploaded the same couple photo to her grid. Her caption implies that the two are engaged to be married — she "can't wait" to be Xan's wife "soon."

The announcement has already created drama, with Lil Xan's very recent ex Noah Cyrus posting a photo of herself crying to Instagram this morning. It isn't the first time she has mourned over their dramatic break up on social media — in its wake she even sold a bottle of her own tears online, priced at a mere $12, 000.

go with the Floah on Instagram: “i WILL be happy if its the last thing i do.”

Young parenthood is hot right now — Kylie did it first, then Cardi. Who will be next? My money's on Hailey Bieber.