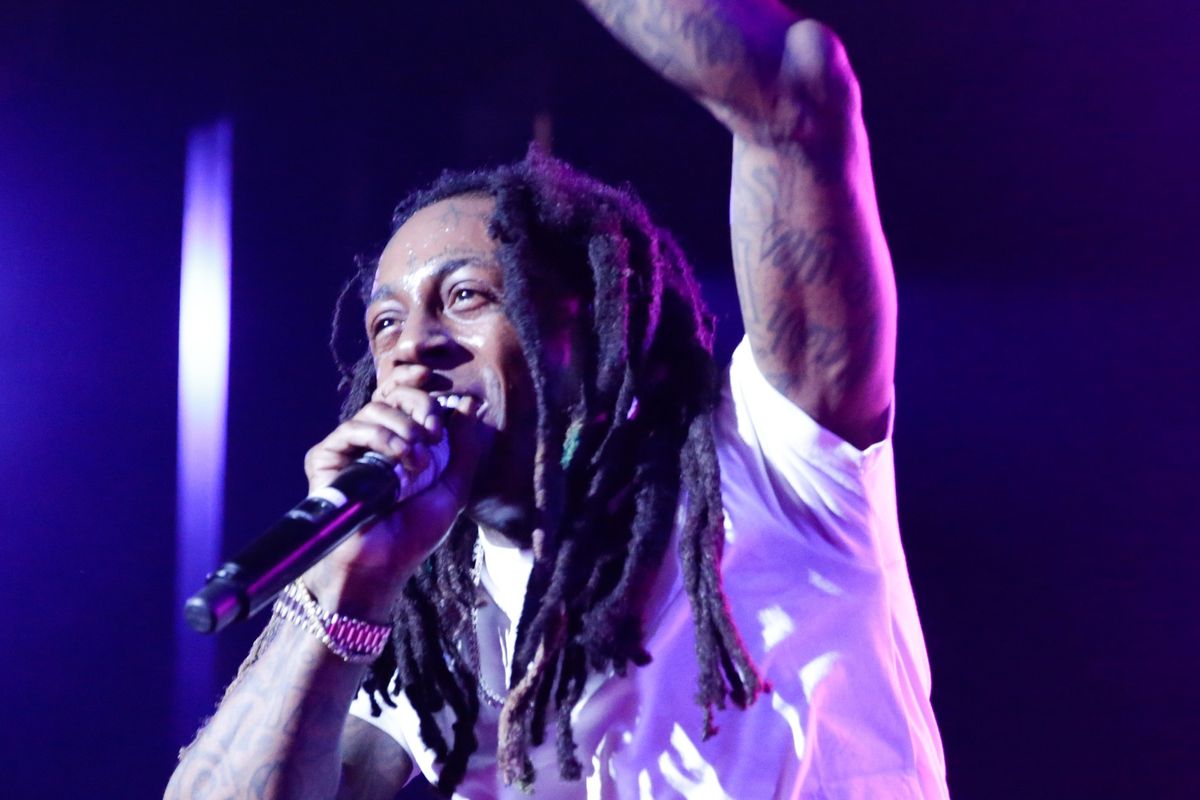 Lil Wayne Says He Officiated A Same-Sex Wedding In Prison

He also was cheated on with Drake according to his forthcoming memoir.

Next month, Lil Wayne is releasing a memoir dubbed Gone 'Til November, which is based on his diary entries from his time at Rikers Island. And according to Page Six, amongst the stories he tells is one about how he officiated the wedding of two other male inmates during his 2010 stay. Saying he and other inmates decorated the halls with toilet paper and opened a few Gatorades ("liquid gold in this bitch"), he writes, "imagine seeing grown-ass men in jail hanging tissue for wedding decorations...AND one of them is Lil Wayne...Crazy."

However, it's not all love, because Wayne also apparently talks about the time Drake came to visit him to tell him he slept with his girlfriend -- a move Weezy said was "the absolute worst thing I could have found out...Damn! This is the type of [bleep] a man never wants to find out while he is locked up." Ooof, indeed.

Gone 'Til November is out October 11th via Penguin.