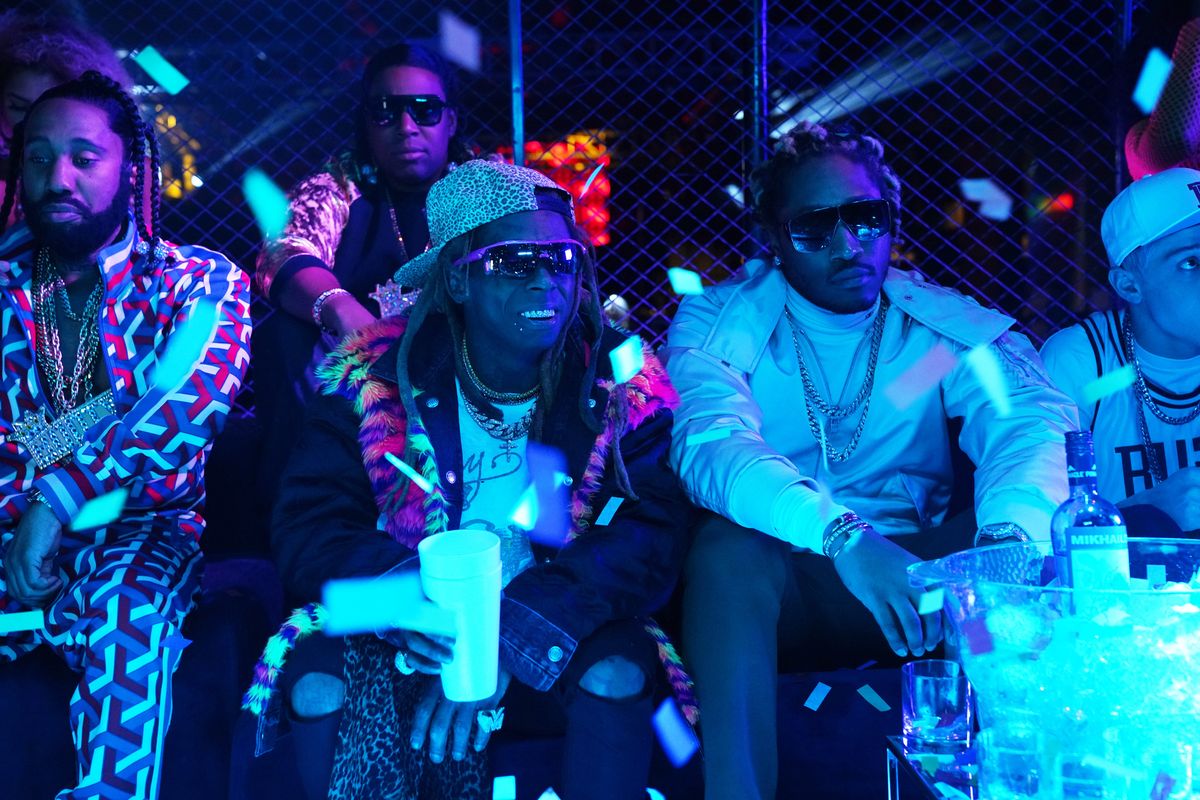 Lil Wayne and Future Talk About Consent on 'SNL'

In the latest episode of Saturday Night Live, Lil Wayne came on not only as a musical guest, but also did an important segment addressing consent on the show. The rapper starred in a skit with "The Booty Kings," Keenan Thompson and Chris Redd, and "Uncle Butt" Pete Davidson. The group raps about booty-shaking and picking up women at bars, but making sure to emphasize of the need for consent.

In the music video for "Permission," Thompson and Redd sport huge Time's Up lapels, and sing "I'm on a mission for that ass, but first I need permission." The two attempt to pick up girls, who then say no, and they respect their wishes and move away. "Times are changing," Thompson says.

Future also makes a surprise appearance, and raps "Lights, camera, action / Video vixen / Hendrix steal yo' girl / But only with her permission." Lil Wayne, whose been known to have lyrics in his songs that have definitely been less than respectful to women, chimed in, "Respect is the game / And booty is the scrimmage / And I play good defense if that booty get offended."

This parody is the closest rappers have come to joining the #MeToo conversation. Neither Lil Wayne nor Future have ever spoken about the feminist movement. Watch the full video below.