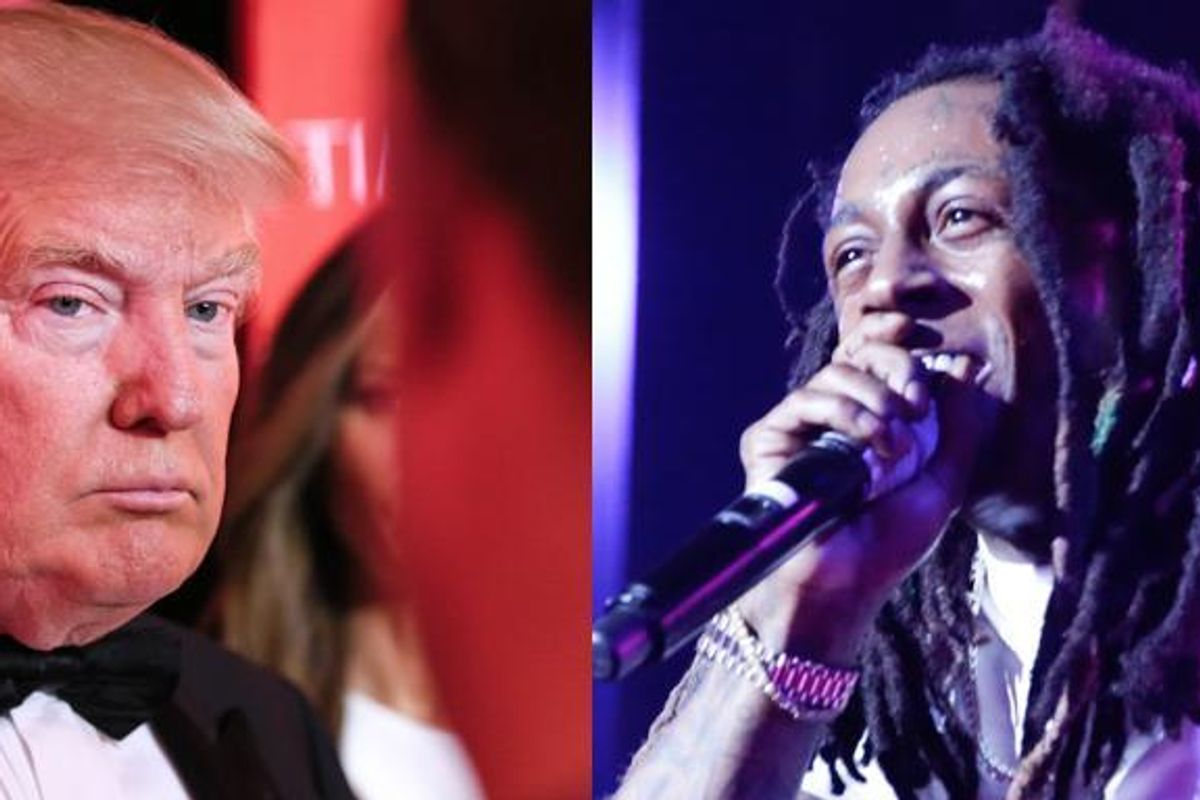 Following a book signing for Gone 'Til November: A Journal of Rikers Island, his new book detailing his time in prison, Lil Wayne sat down to speak with Joe Coscarelli of The New York Times.

They talked about the book, politics, and his recent collaborations with Chance the Rapper and Solange, in the process giving us some serious word gold.

When asked about his recent guest verses and whether the personal lyrics indicate a shift in his thought process, Wayne responded, "It's just the song. If you send me a song about football, then I'm gonna go hard about football. It's also about the artist."

His blasé extended to his opinions on everyone from upcoming rappers to presidential candidates. In response to a question about what he thought about Yachty, Uzi Vert, 21 Savage, and Kodak, he said, "I swear to God I didn't know you were saying people's names just now, so that should probably answer that question. I just do my own thing."

And, when asked if he had any words for Donald Trump, he simply laughed and showed that he has truly transcended the mortal world, saying, "Who's that?"

He also said that his upcoming album Tha Carter V is ready and is literally the greatest music he's ever heard, telling Coscarelli:

On a sentimental note, Wayne had recently tweeted about going into retirement from the music industry, which was met with words of solidarity from fellow artists, like Chance the Rapper:

Dear @LilTunechi I just wanna remind you that absolutely nothing and no one in this world can defeat you. Tell them devils back back.
— Lil Chano From 79th (@chancetherapper) September 3, 2016

He was moved to see the support he received from fans and collaborators in response, saying, "when I saw people giving a damn about what I'm going through, that made me think and obviously uplifted me. Sometimes what you're going through takes you far away from what the reality is. It takes someone to remind you: Look this way and remember what's over here. I never have bad days; I have bad moments."

Check out the whole interview here.