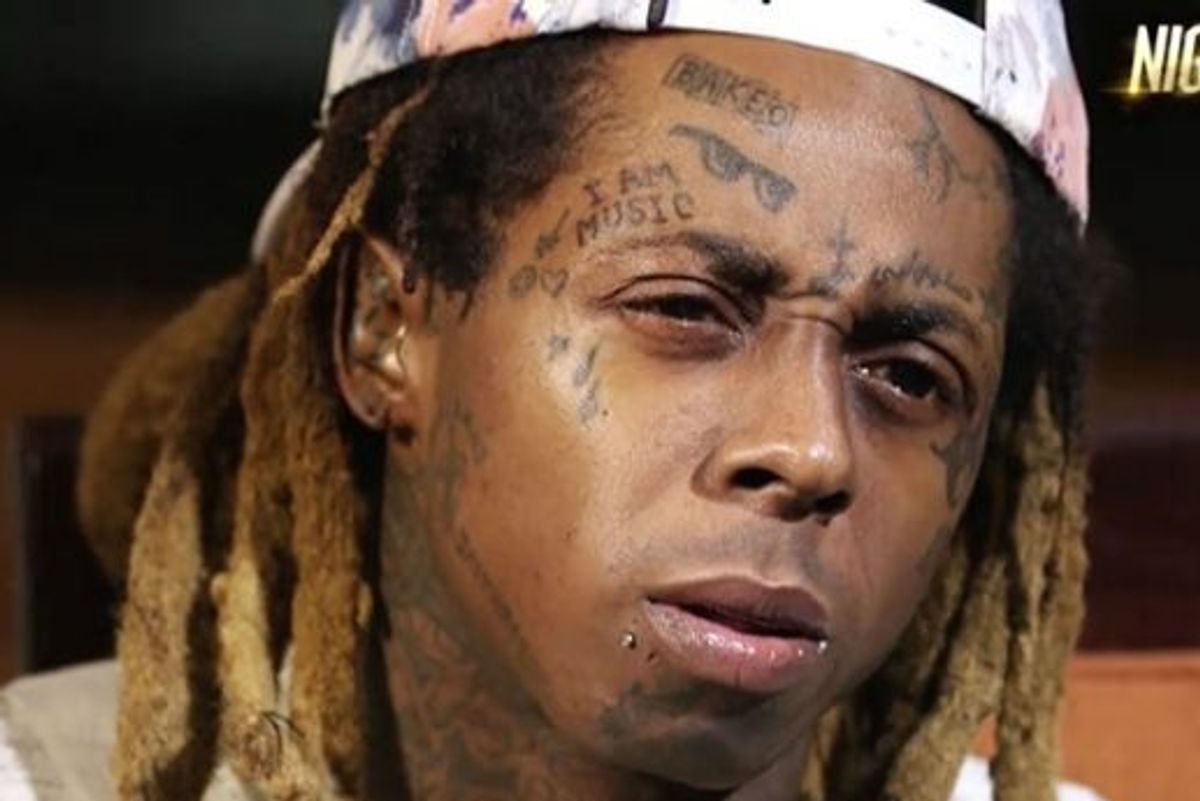 Lil Wayne: "Black Lives Matter Has Nothing To Do With Me"

In a Nightline interview, legendary rapper Lil Wayne told reporter Linsey Davis that the Black Lives Matter movement had "nothing to do with [him]," before abruptly cutting the interview short. The discussion of BLM began when Davis asked Wayne whether he regretted the controversial statements he made on Fox Sports last month, when he said "racism doesn't exist."

He replied immediately that he didn't regret them at all, and when Davis followed up with a question about his feelings on Black Lives Matter, he asked, "What is it? What do you mean?"


She explained the basic premise of the movement, and he doubled down on his Fox Sports sentiment, arguing essentially that because he was a successful black man, that the issue of racism in America was solved.

"It just sounds weird that you put a name on it. It's not a name - it's not "whatever whatever" it's somebody got shot by police for a fucked up reason. I am a young black rich motherf*cker. If that don't let you know that America understand black folks matter these days, I don't know what it is. Don't come at me with that dumb shit, ma'am. My life matter, especially to my b*tches."

Davis pushed on, asking Wayne whether he felt separated from the movement. He replied:

He ended the interview abruptly after that, taking his mic off and saying "I ain't no f*ucking politician." Needless to say, Twitter was having none of it.

All this outrage over Lil Wayne's take on Black Lives Matter reminds me of the wise words of Dave Chappelle...… https://t.co/PwcbOELAul
— Jim Weber (@Jim Weber)1478099233.0

You know you messed up when you're getting praise from gorgon troll supreme, Ann Coulter and crispy intolerance mummy, Clint Eastwood.