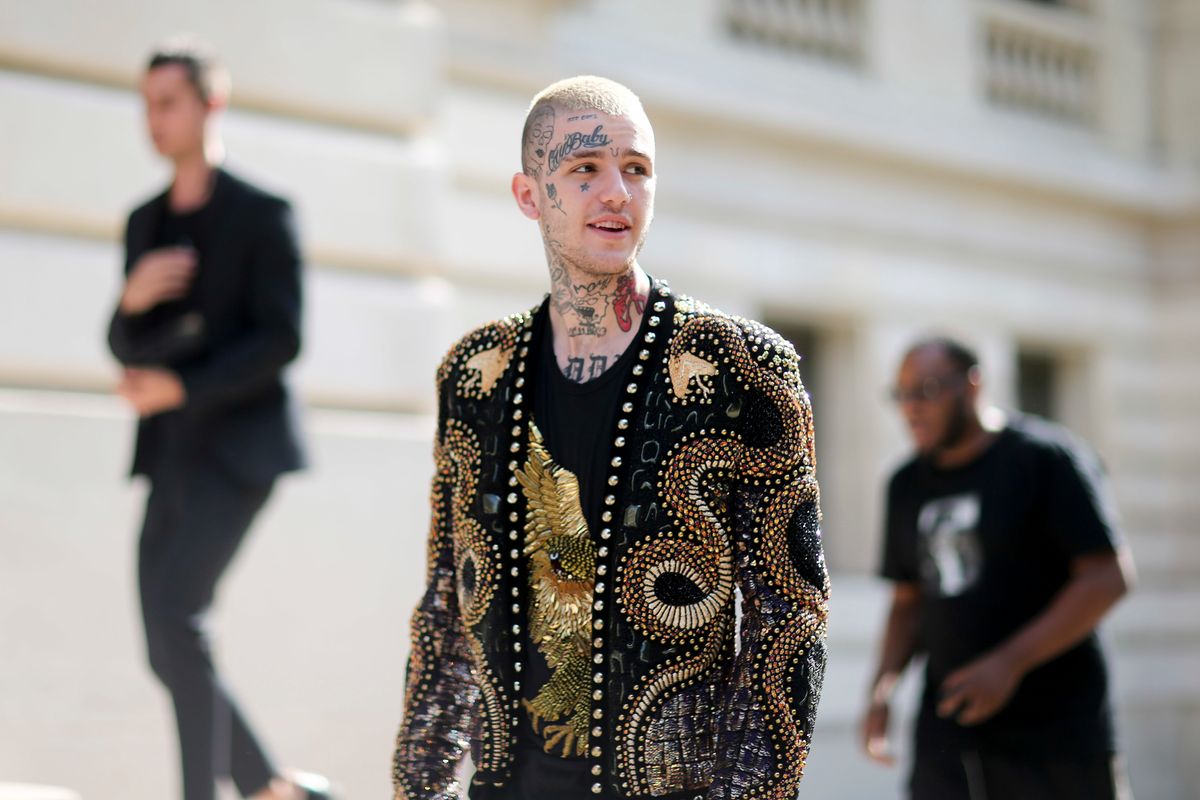 Lil Peep, aka Gustav Ahr, died of an overdose on a tour bus in Tucson, Arizona nearly two years ago. On Tuesday, the singer's mother Liza Womack filed a lawsuit alleging that his managers were at least partially responsible for this death.

According to the New York Times, the lawsuit describes how, towards the end of his life, Peep was "stressed, overwhelmed, burnt out, exhausted and physically unwell." It argues that First Access Entertainment (FAE), the management company which oversaw the artist's career, pushed him "onto stage after stage in city after city, plying and propping" him up with drugs, instead of trying to help or treat him.

The lawsuit, which seeks unspecified damages for negligence, breach of contract and wrongful death, names FAE's co-founder and chief executive Sarah Stennett, who previously managed Zayn Malik, Iggy Azalea, Ellie Goulding and Rita Ora. It also names Bryant Ortega and Belinda Mercer, who were a part of Peep's day-to-day management during his final tour in the fall of 2017. FAE, which is based in London and was founded in 2015, sits under the conglomerate Access Industries, which also owns Warner Music Group.

The suit's allegations are severe, and mirror much of what was reported in Rolling Stone's feature on Peep's last days. It claims that Stennett and her company "fostered, promoted and encouraged" drug use in order to control clients like Peep, and alleges the company treated him "as a commodity rather than as a human being." It characterizes Peep as trusting and unexperienced, arguing that FAE pushed him "to the extreme bounds of what somebody of his age and maturity level could handle emotionally, mentally, and physically."

The suit cites text messages between Stennett, in which she assured him she had Xanax for him, and incidents in 2017 where she gifted Peep a bottle of pills at a group dinner. It also alleges that Peep was dating Mercer, his tour manager, at the time, and she was also involved in providing him drugs, including ketamine.

"This is something that I must do as a mother," Womack said in an interview. "I feel very concerned that they not be exploited," she said. "What Gus had to live through is actually horrifying to me, and I'm sure he's not the only person his age in this situation."

Related | What You Need to Know About the Deadly Drug Fentanyl

"We acknowledge, obviously, that Gus had a role," says Paul A. Matiasic, a lawyer for Womack, according to NYT. However, noting that juries in California can assign fault as they see appropriate, "In evaluating the legal responsibility for someone's untimely death, it is not a binary decision." He argues that FAE "had the power, they had the influence and control over Gus's career, and specifically this tour... There are duties associated with having that type of control."

Peep's overdose involved synthetic drug fentanyl. NYT notes that fentanyl has been involved in a number of prominent artist's death recently, including Prince, Mac Miller and Tom Petty, but that Womack's lawsuit is the first artist family to try to hold their relative's team accountable.