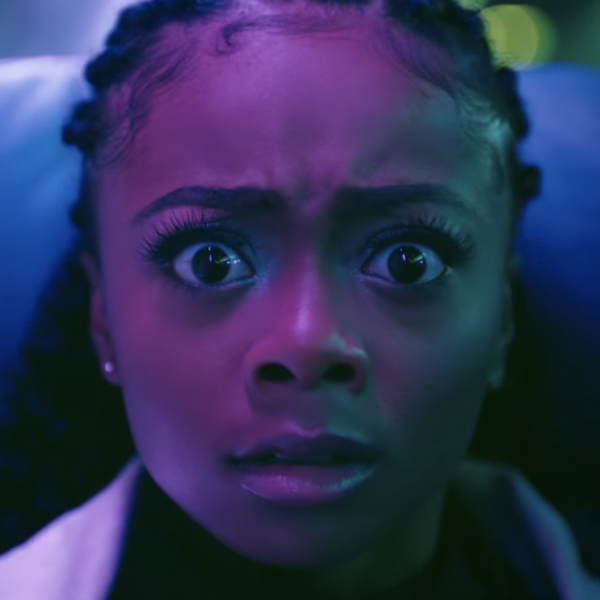 Lil Nas X's long-anticipated video for "Panini" is finally here, and it's a journey through the cyborg city pictured on the cover of his debut EP, 7, led by the incomparable meme-queen and Disney Channel star, Skai Jackson.

The video, directed by Mike Diva, is as 2019 as it gets, while remaining hyper-futuristic: ads for TikTok, Acorns, and cowboy emojis line the futuristic streets that Skai Jackson explores on her way to an Uber she's ordered from a smart watch. Throughout the video, she's desperately trying to escape Lil Nas X, who somehow appears everywhere she goes. From flying car, to airplane, to alleyway, Lil Nas X dances and hits the "Woah" — like a pro, might I add — which somehow frustrates Jackson to no end.

After skydiving to escape the friendly clutches of the "Old Town Road" singer, Jackson lands back in the city and finds that Lil Nas X has created holographic trees and flowers to cover the skyscrapers, just for her. How kind! Despite having a happy ending, and memes galore, Jackson never recreates her iconic meme pose, despite having several chances while seated in cars and planes to do so. Fingers crossed for next time!