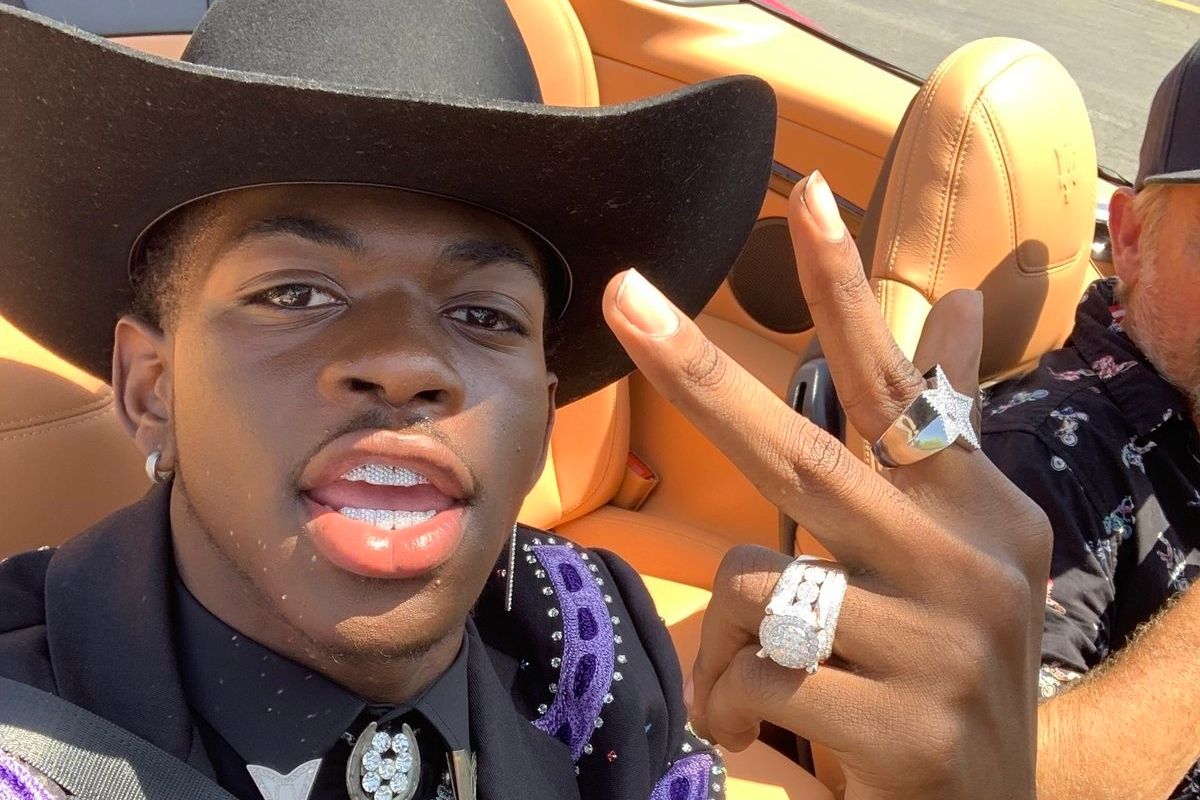 "Old Town Road" features in the new trailer for Rambo: Last Blood, and we could not be happier for TikTok star turned Yeehaw legend Lil Nas X. The Billy Ray Cyrus remix of his No.1 song provides a slightly confusing soundtrack to Sylvester Stallone's latest baby boomer action movie, but there's no denying those Nine Inch Nails banjos hit the spot.

A summary of the "Old Town Road" story so far, if you're somehow unfamiliar: after going viral on social media, the song crossed over into the mainstream in a huge way. Country music aesthetics are everywhere right now, and by taking trap music out west Lil Nas X had successfully merged meme into hit. Billboard promptly ruined everything by removing him from country music charts, only for Billy Ray to come to the rescue, reaching out to Lil Nas X over Twitter when the controversy hit and telling him to take it as a compliment.

Since then Lil Nas X has been working on an album, performing live, moving into a new apartment, wearing Eckhaus Latta while hanging out with his two Bernese Mountain Dog puppies, and generally providing an excellent Twitter presence. With this trailer he has no doubt secured the damn bag. We're talking movie money! Let's all quit our jobs and focus on TikTok full time, honestly.

Watch the moody trailer for Rambo: Last Blood, below.