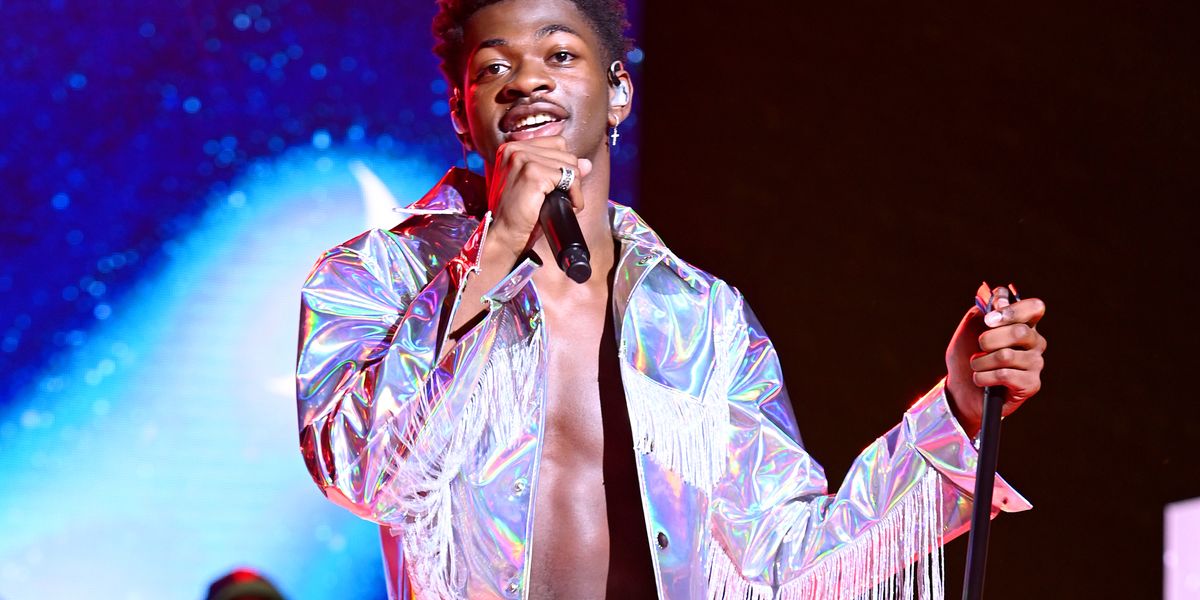 Lil Nas X may not have been on everyone's radars for all that long, but already he's the king of collaborations. He's worked with Billy Ray Cyrus, Keith Urban, BTS, Young Thug, and hopefully soon Mariah Carey. But according to a report by The Daily Beast, one collaboration that the musician wanted no part of was with 2020 presidential candidate Mayor Pete Buttigieg.

The online news site broke the news on Friday night, with anonymous sources giving them the tip. This all happened prior to an event hosted by BuzzFeed on Thursday called "Internet Live," which featured Lil Nas X (and his awesome holographic suit), other YouTubers and Internet celebrities, Broadway stars, and the cast of Jersey Shore. New York City Mayor Bill de Blasio was also present for an interview with BuzzFeed editor-in-chief Ben Smith. And, apparently, Buttigieg would have also made an appearance had Lil Nas X not denied their supposed collaboration.

The idea was to have Buttigieg appear in a video to be shown at the event, with him reciting lyrics from "Old Town Road" with "some form of a collaboration" with the artist. But Lil Nas X turned down this proposal.

According to The Daily Beast, the "Old Town Road" singer — who has recently opened up about his sexuality — has nothing against South Bend's openly gay mayor. The sources said that Lil Nas X told BuzzFeed News that it was merely that "he did not want to be seen as endorsing a particular candidate in the race," which is a totally understandable reason.

Neither Buttigieg nor Lil Nas X have confirmed this news, and this information is all based on The Daily Beast's report.

Previously, the mayor expressed his support of Lil Nas X, taking to Twitter to react to the singer's coming out at the tail end of Pride Month. He wrote, "As a fan, I'm thrilled and inspired to see him standing in his truth as a member of the LGBTQ community. Welcome to the family! #pride"

.@LilNasX has gone from viral sensation to groundbreaking musician. As a fan, I’m thrilled and inspired to see him standing in his truth as a member of the LGBTQ community. Welcome to the family! #pride https://t.co/H81iXxCII6