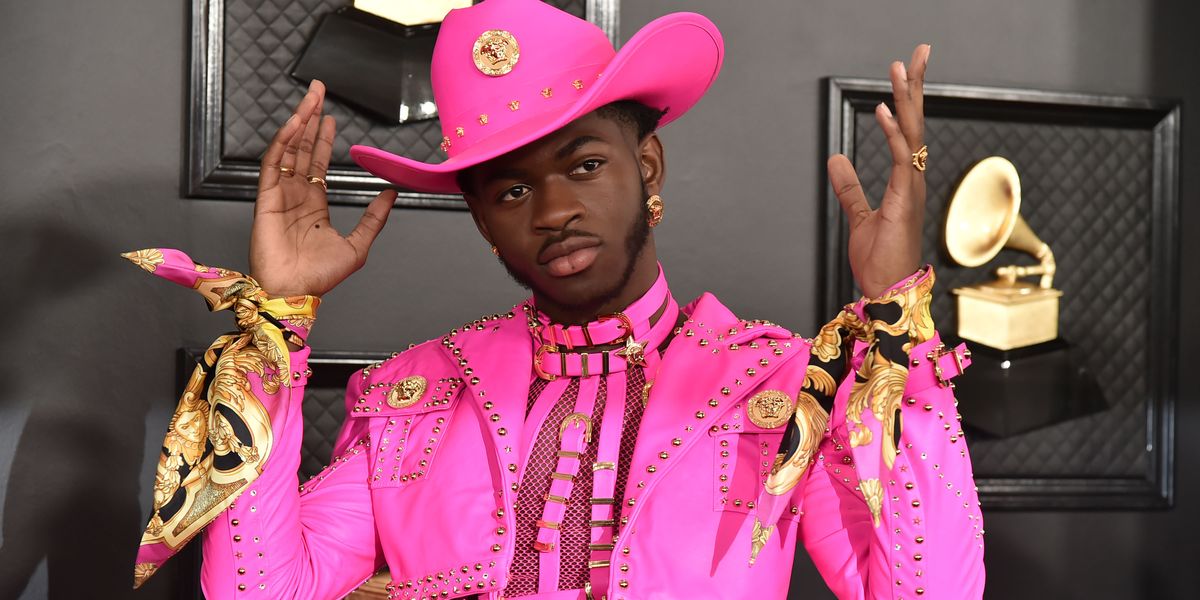 Sweet angel Lil Nas X always seems to have the perfect comeback ready when it comes to the critics — and his latest response is no exception.

On the heels of his incredible 2020 Grammys performance, a rapper named Pastor Troy took to his Instagram to criticize Lil Nas X via some gross, homophobic rhetoric.

Per fan-captured screenshots, Troy apparently posted a photo of Lil Nas X in his (incredible) pink Atelier Versace look, alongside a rant about how gay people "push this shit on Our kids," while claiming they also have an "agenda to take the masculinity away from Men, Black Men especially."

"Y'all Better open that 3rd Eye and let your Sons Know What Is Real...Or They Ass Gone Be Headed Down That Old Town Road Foreal!!" Troy wrote, before proceeding to embarrass himself further by talking about how he saw two men kissing at Applebee's.

But the most laughable part? Well, turns out Pastor Troy partially attributes his lack of a Grammy to his aggressively heterosexual masculinity.

Needless to say, it didn't take long for Lil Nas X himself to catch wind of this all. His response? "Damn I look good in that pic on god."

And he isn't wrong! Check out his tweet for yourself, below.

damn i look good in that pic on god https://t.co/dIIKzTFa6X