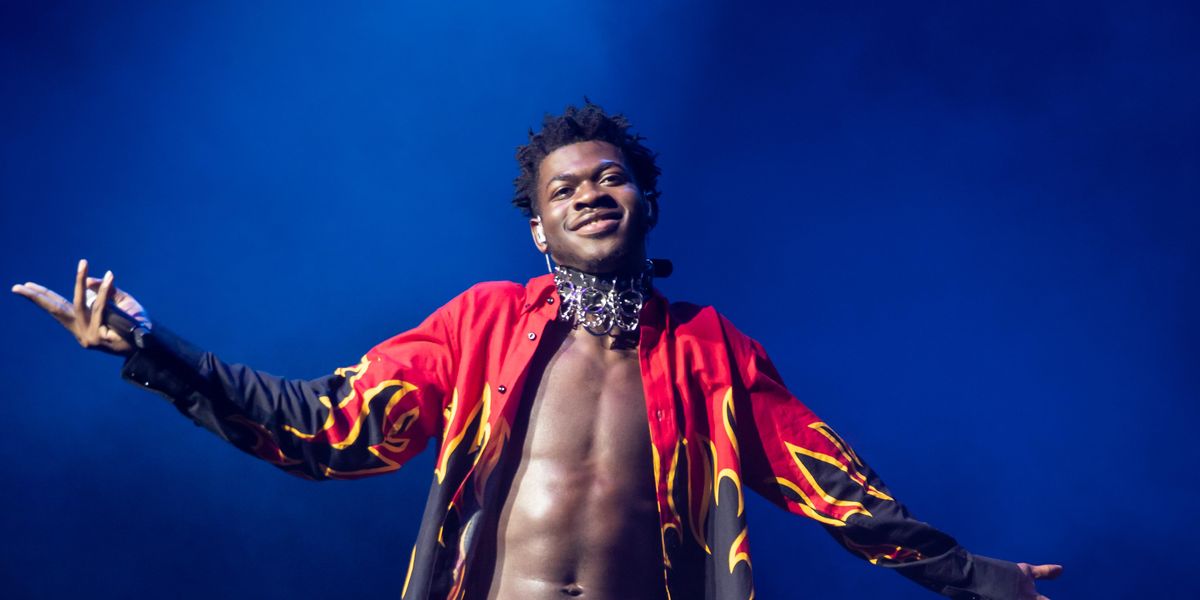 We're finally get more "Montero" merch, and it's wickedly good.

By now, you've definitely seen Lil Nas X's iconic "Montero (Call Me By Your Name)" music video, featuring unapologetically queer visuals, a lap dance with the Devil, and a new Satanic overlord. So naturally, it makes sense that the viral hitmaker is now releasing new shirts making fun of the conservative backlash that accompanied the video's release.

Created in collaboration with the streetwear meme lords over at Pizzaslime, the graphic tees cost $33 via LNX's website and come with one of two incredible designs, including one that says, "I watched the 'Montero' video by Lil Nas X and all I got was this lousy shirt and now I'm also gay and love Satan" (which is true).

And the second one, which comes in two colors, is just as good. Starting off with the classic "I ❤️ Jesus," the shirt then goes to add in smaller text, "And that one part in the 'Montero' music video by Lil Nas X when he gets nasty with the devil because it was a cool form of self-expression and art."

Of course, this isn't the first time LNX released "Montero" merch as the Pizzaslime collab comes on the heels of his infamous "Satan Shoes." An accompaniment to MSCHF's viral "Jesus Shoes," the 666 pairs of $1,018 Nike Air Max 97s contained a real drop of human blood and plenty of pentagrams — and, obviously, they sold out instantly. However, it didn't take long for Nike to sue MSCHF for trademark infringement, which led the streetwear company to offer refunds to those who voluntarily returned the shoes in exchange for Nike settling the suit.

Either way though, while you may still be having issues streaming the track, in the meantime you can get your shirts, here.