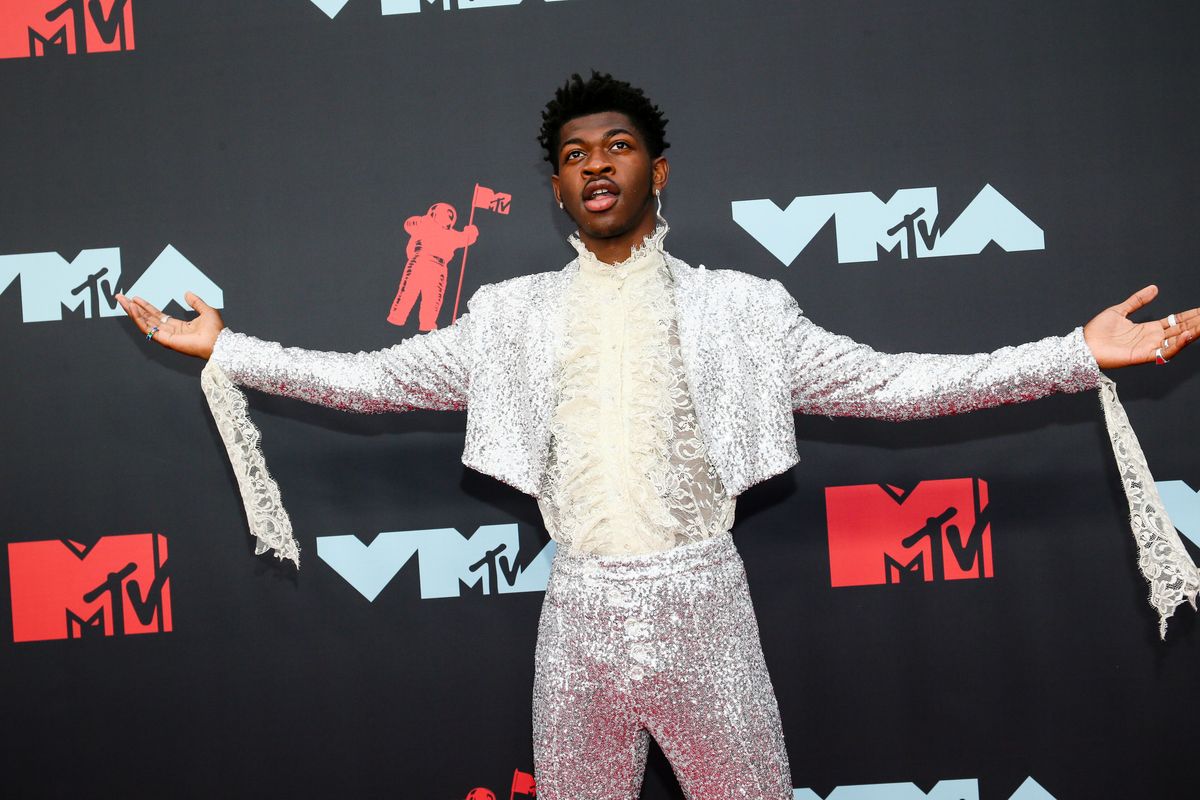 There is no one who's star has risen higher than Lil Nas X's this year.

"Old Town Road" is a viral phenomenon, now firmly cemented in the record books as being the longest running track to hold the number one spot and most recently netting him a VMA. At the height of it all, Lil Nas X came out as gay towards the tail end of Pride month — a fact that just a few years ago would have most likely halted, or at least thrown a wrench in, his upwards momentum. But the announcement seemed to promisingly be met with near universal acceptance, and in our case celebration. Emphasis on the near.

In a newly released clip from the HBO show, The Shop, writer Paul Rivera broaches the subject with Lil Nas X by asking why he "felt it was important to make an announcement?" Kevin Hart, who you may remember backed out of hosting the Oscars last year after past homophobic tweets about fearing his son would grow up gay resurfaced, was quick to pile on adding, "He said he was gay, so what? Who cares?"

Forced to justify his sexuality on the spot, Lil Nas X replies "It's not like being forced, it's just that growing up (I'm meant to) hate this shit." When Hart presses him further about what he means by that, Lil Nas fires back "Homosexuality, gay people. Come on now, if you're really from the hood, you know."

He goes on to explain that the reason behind why he timed it for after his single had hit No. 1 was because he didn't want it to be perceived as some publicity stunt. "Any other time I'm doing this for attention in my eyes, but if you're doing this while you're at the top, you know it's for real, and it's showing that it doesn't really matter."

.@lilnasx speaks the truth about his choice to come out while at the top. More of The Shop on @HBO now! https://t.co/wETNaPUU5t
— UNINTERRUPTED (@UNINTERRUPTED)1567566686.0

Suffice to say, the internet was less than thrilled:

Kevin Hart acting like he doesn’t know why Lil Nas X would be scared to come out is like someone who stole the thin… https://t.co/Kinhp7MpAr
— Phillip Henry (@Phillip Henry)1567601691.0

It's an uncomfortable exchange to watch, to say the least. How an individual chooses to come out is often a deeply personal choice that deals with issues of acceptance, identity, and safety. Even if it isn't a big deal to those around the person, that doesn't mean it isn't still important to them. To see a group of presumably straight men dismiss the personal and cultural significance of Lil Nas X's coming out only serves to underscore its importance.

We've made significant strides as a society towards acceptance in recent years, but the fact remains that homosexuality is still illegal in 70 countries around the world, and interviewers still feel the need to ask unnecessarily invasive questions about queer performers' sex lives.