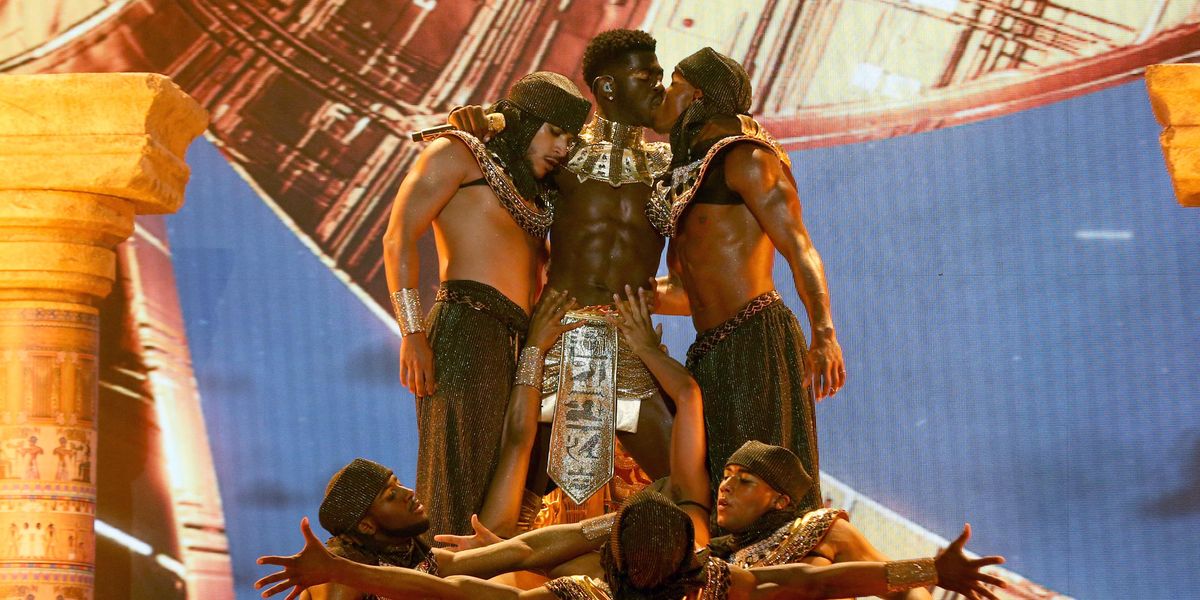 Lil Nas X Says His Boyfriend Is 'the One'

Things have been going pretty great for Lil Nas X. Despite homophobic trolls' best efforts to rain on his parade, the performer has been racking up win after win: Recently surpassing DaBaby as the most streamed rapper on Spotify, nabbing a couple VMA nominations, turning down a role in Euphoria and, on top of it all, quietly securing a man.

In a new cover story for Variety, Lil Nas X revealed that he's currently dating someone and, according to him, he's "the one." Lil Nas X said of his past relationships that "I've had some good boyfriends and some bad ones. A lot of them were emotionally unavailable or had a lot of insecurity and whatnot."

He continued, "I've found someone special now. I think this is the one. I can't explain it — it's just a feeling."

Lil Nas X stopped short of revealing who this special guy is, but there has been some pretty heavy speculation about his identity. According to Page Six, the current frontrunner is one of Lil Nas X's backup dancers, Yai Ariza. You may remember Ariza from a couple of Lil Nas X's recent television appearances as the dancer who licked his neck on SNL and full on made out with him at the BET awards.

After the two made history with their kiss, Ariza wrote on Instagram "Thank you so much @lilnasx & @itsbankhead for make me part of this historic and iconic moment for our community!"