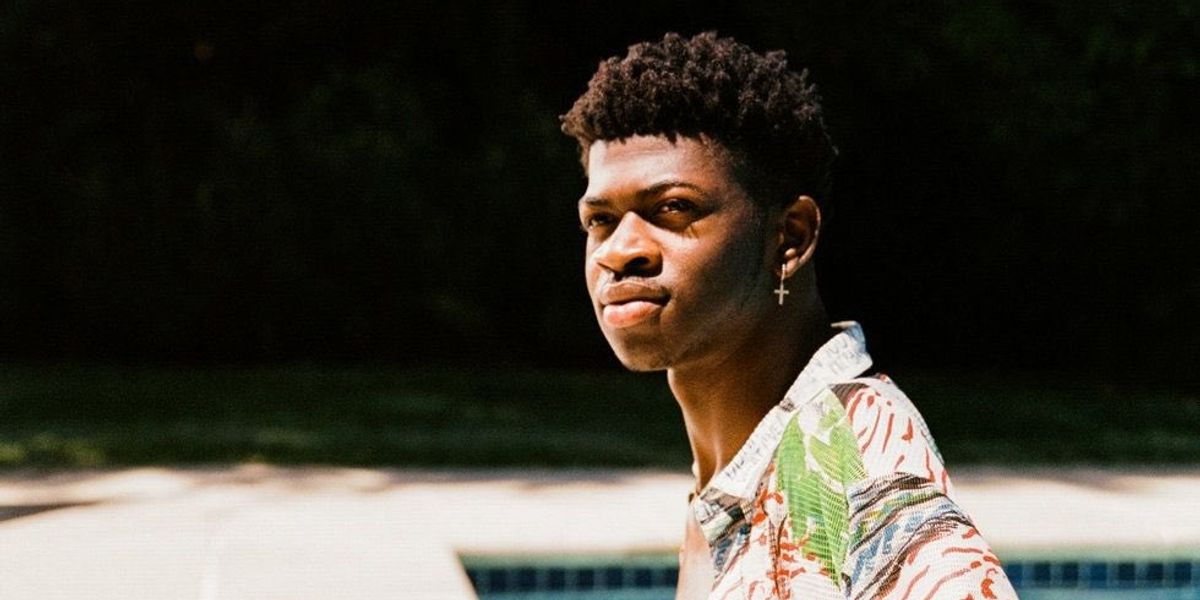 It looks like Nicki Minaj has added to her army of sons today after she publicly acknowledged Lil Nas X's coming out as a Barb on Twitter. Although it's long been speculated by stans that Lil Nas X is a fan of Nicki's and used to run a popular social media account dedicated to the rapper, he's denied the rumors. Now, however, it seems he's finally ready to come forward with the truth about stanning the "Yikes" rapper after requesting a collab in a Twittter thread.

It all started yesterday when Lil Nas X replied to a video of Nicki with a meme and proposition to collaborate on a new song of his. A Barb replied to the tweet asking him why he never "claimed" Nicki when he and his team were directly confronted about it in the past. He replied, writing that he "didn't want people to know [he] was gay," confirming speculation after he tweeted last month that "life is too short to pretend you're not a barb." Lil Nas X still has not confirmed whether or not he ran @nasmaraj, although investigative reports seem convinced.

When fellow Barbz started discussing his response from yesterday, telling him that being a Barb doesn't necessarily you gay, Lil Nas X confessed that people still make assumptions and that the "rap/music industry ain't exactly built or accepting of gay men yet." Nicki has addressed these assumptions about male Barbz in the past, acknowledging that some men might not want to be labeled a "Barb" out of fear of judgment — even though they know she's the queen of rap.

Despite the back-and-forth over the years as to whether or not Lil Nas X claimed to be a part of the viral fandom, Nicki nevertheless decided to claim him as one of her own today. "It was a bit of a sting when you denied being a barb, but I understand," she wrote to him in a tweet. "Congratulations on building up your confidence to speak your truth."

Lil Nas X replied only about 15 minutes later, apologizing for hopping on the "bandwagon hate" that Nicki was experiencing during the aftermath of the rollout for her latest album, Queen. With both parties assured that there's no beef between the two, fans can now start to fantasize about whether or not a collab in the future is imminent — or maybe another "Old Town Road" remix? We can only hope.