Lil Nas X's Capsule With Wrangler Is So On-Brand

Capitalizing on the runaway success of his No. 1 crossover smash with Billy Ray Cyrus, Lil Nas X has launched a capsule collection with Wrangler. The iconic brand, who has long upheld the ease and nostalgia of the Western lifestyle, was reportedly thrilled about the success of X's "Old Town Road." (Who isn't?)

It was only right then, that the two join forces. As part of the capsule launch, X encouraged fans to take a photo of the back pocket of a pair of Wrangler jeans, bringing a whole new meaning to the song's "Wrangler on my booty" lyric. In fact, the website fans should upload those photos to is called WranglerOnMyBooty.com. (Wow, the power of branding!) Those who send their photos in will simultaneously unlock exclusive footage from the making of X's epic "Old Town Road" video, which was finally released last week after months of anticipation.

"For as long as Wrangler has been a brand in fashion, we have had a close connection with music," Jenni Broyles, VP/GM, Wrangler North America tells PAPER. "When the song came out, we loved the brand mention and have had a lot of fun with it. It wasn't long before we realized there was opportunity for us to do more. Our creative agency, Mother NY, suggested we give new meaning to the lyric, "Wrangler on my booty," by creating this really fun consumer experience and by capturing the essence of the song and its impact on music with the Wrangler Lil Nas X product collection."

As for the clothes themselves, the Wrangler Lil Nas X collection is a range of t-shirts, denim shirts, denim jackets, jean shorts, and jeans, ranging in price from $39 to $149, with lyrics and images referencing the already-iconic song. See some looks, below, and head here to shop the capsule. 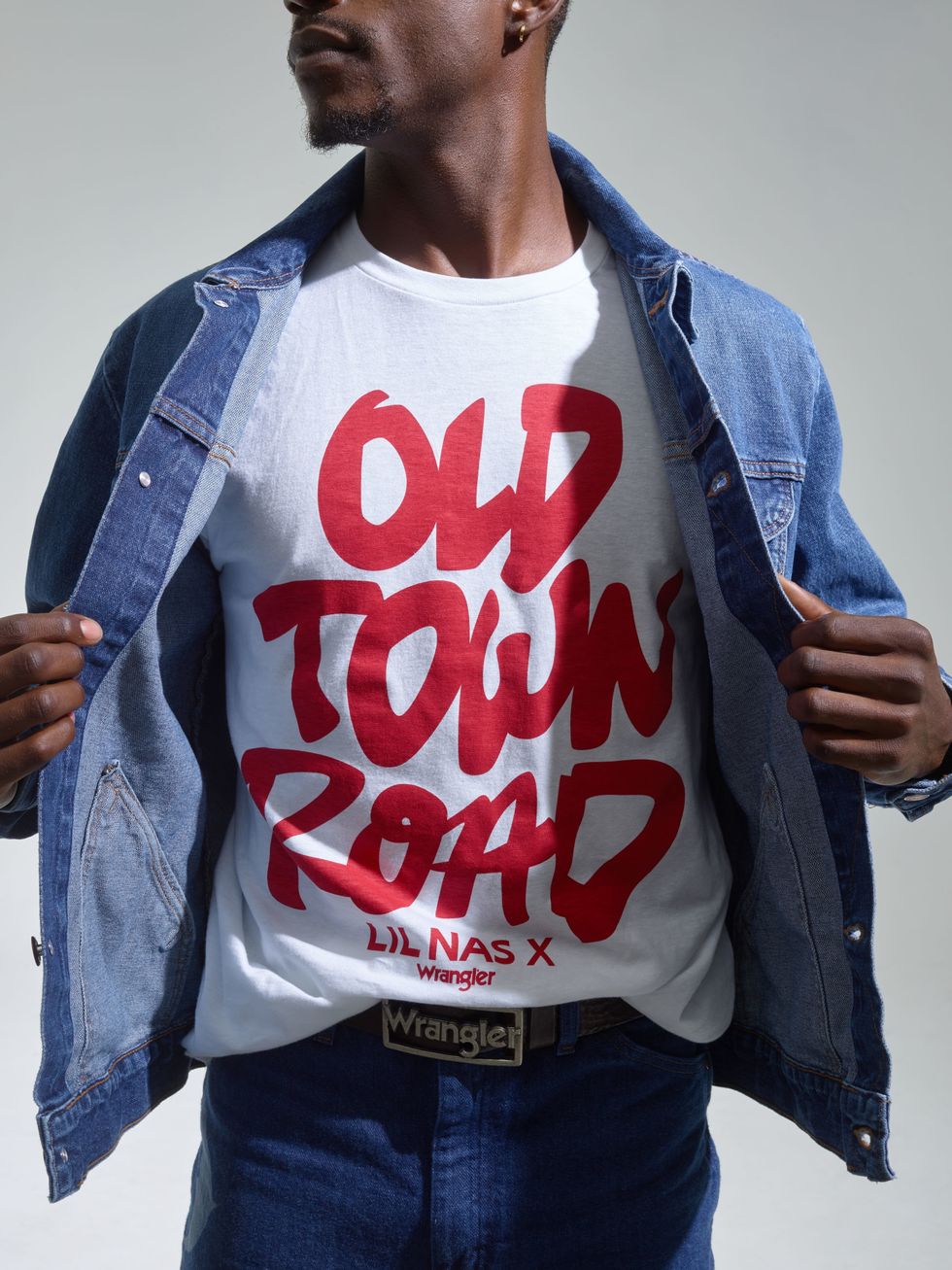