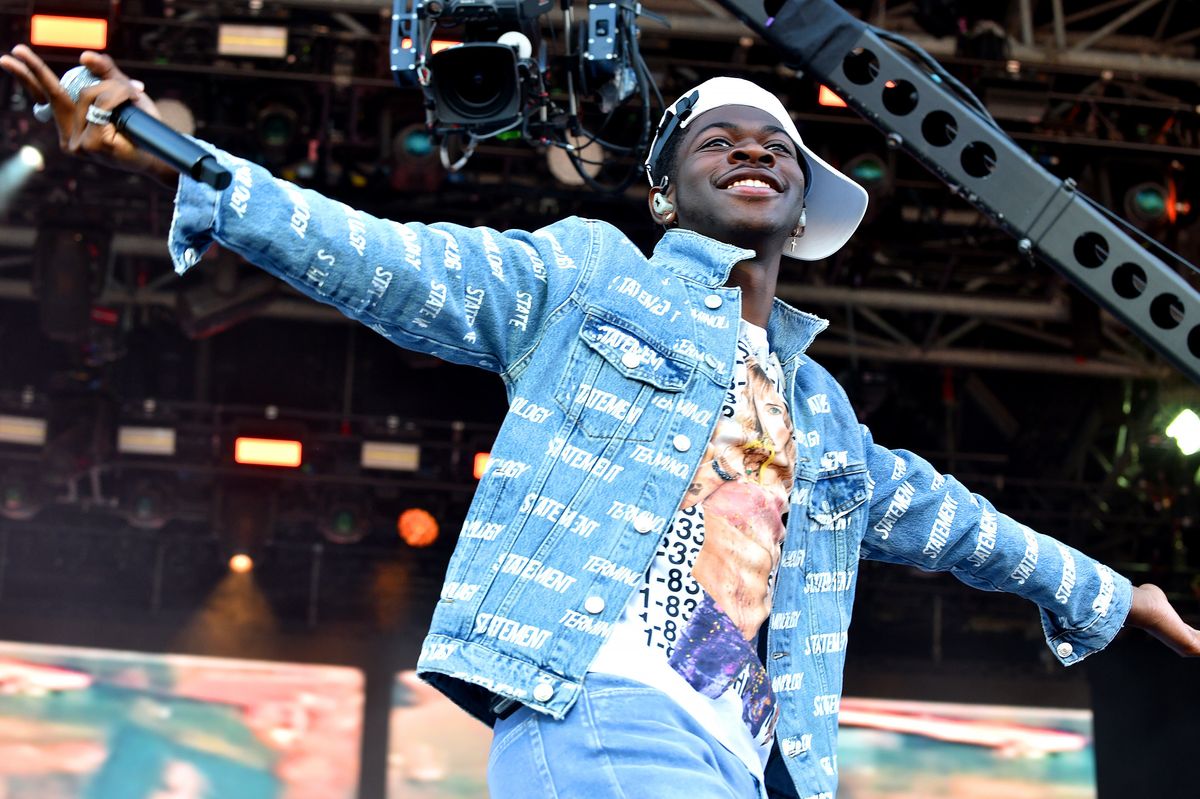 Lil Nas X Was the Unexpected Highlight of Pride

It's only July, but there's no doubt that "Old Town Road" will be 2019's defining song. Lil Nas X's clever viral hit is an inescapable smash, and has held back the likes of Taylor Swift, Shawn Mendes, Katy Perry, Post Malone, Ed Sheeran, and Billie Eilish from topping the Billboard Hot 100. A TikTok star takes out some major label heavyweights! You love to see it. Staying put for 13 weeks and counting, "Old Town" is now officially the longest running hip hop number one of all time. Although musical genre is a contentious thing when you're talking Lil Nas X.

What's not contentious is how fun this whole horseback ride has been so far. The rapper followed his breakthrough track with a new single, "Panini," and a constant stream of hilarious self-referential tweets. Then, on the last day of Pride, he came out as LGBTQ — using the same casual memelord cadence as always. It was no big deal, and also a huge fucking moment. The number one artist in America is a queer Black 20-year-old, and he's killing it. There's so little to celebrate right now, honestly. Let's hold on tightly to this one. Enjoy it for the symbol of progress that it is.

The lead up to Lil Nas X's coming out tweet was fairly minimal, depending on how online you are. As the musician himself jokingly said, he thought he'd made it obvious — the rainbow skyscraper on his EP art for 7, the lyrics of "C7osure," his two Nicki Minaj fan accounts. But "Old Town Road" has long since left the internet and made the leap to the more traditional medium of pop radio. Middle America is hearing this song in malls and at house parties — people who never logged on to Vine are slamming that Spotify repeat button. If Lil Nas X was worried about how his new hoard fans would respond, it would have been justified, and the trolls have definitely already gathered in full force.

Then again, the rapper already dealt with all that when his song was essentially taken off the country charts for not being white enough. As we've come to expect, he's taken all the trolling in stride. Call it cowboy confidence. He re-posted a video in which a fan parodied listeners who are finding new meaning in that, um, "ride 'til I can't no more" lyric, and laughed off other confused reactions. He's just as preoccupied with taking panini making lessons with Gordon Ramsay as he is being the hot new face of Pride.

Up until maybe five years ago, a musician's coming out involved angry record labels, tabloid stories, a cycle of shame and regret. We're still discussing Frank Ocean's sexuality in hushed voices, even now. But "Old Town Road" isn't a thinkpiece — it's a bop. In the artist's own words, the song is "literally about horses." We can all just chill and enjoy something for once.