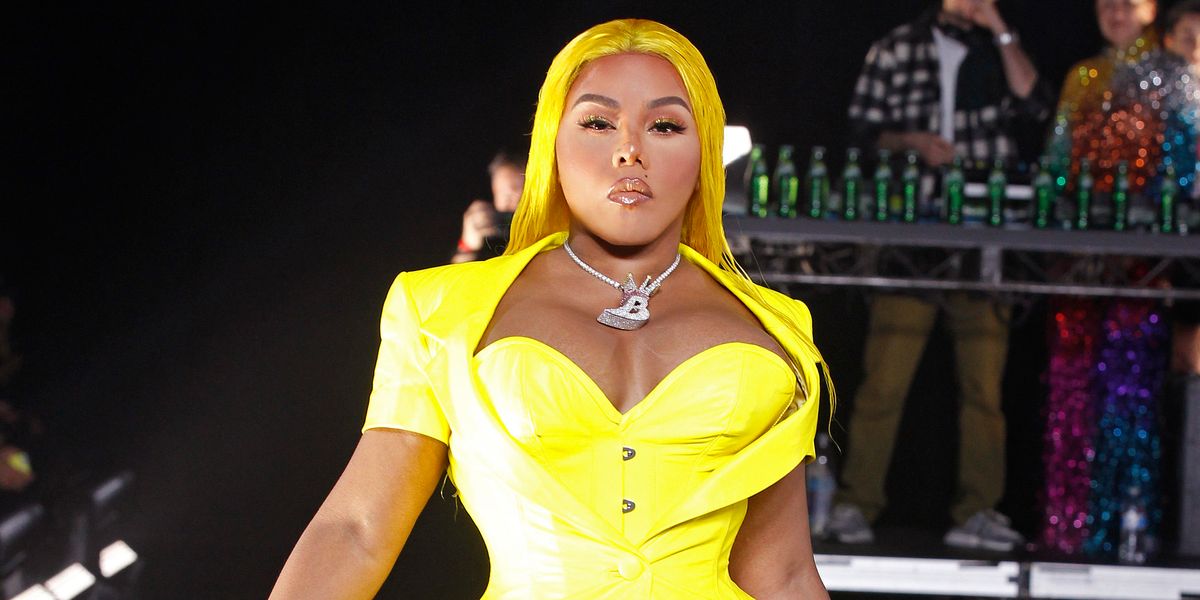 Like the unstoppable slime green, yellow is a difficult color to pull off; it's a bold statement that demands the attention of everyone in the area, making it suitable only for a select few who can handle the stares. And at VFiles' spring 2019 runway show, which invited more than 3,000 spectators to Brooklyn's Barclays Center, rap legend Lil' Kim proved she can take it on head-to-toe.

The OG Queen Bee closed out VFiles, presenting the new VFiles Yellow Label Line by designer Paul Cupo (formerly of Hood by Air). The Soho-based brand kicked off New York Fashion Week with visuals by artist Hidji and music by A-Trak alongside shows by other up-and-coming designers like Elena Velez, MARRKNULL, Shuting Qiu, and Windowsen.

Sporting a short dress and jacket combo in the brightest and shiniest of rubber-ducky yellows, Lil' Kim's closing moment was the showstopping highlight of the night. The Brooklyn emcee brought it home, finishing with a grand finale accompanied by her Naked Truth single "Lighters Up." (Also the color-coordinated hair? Iconic).