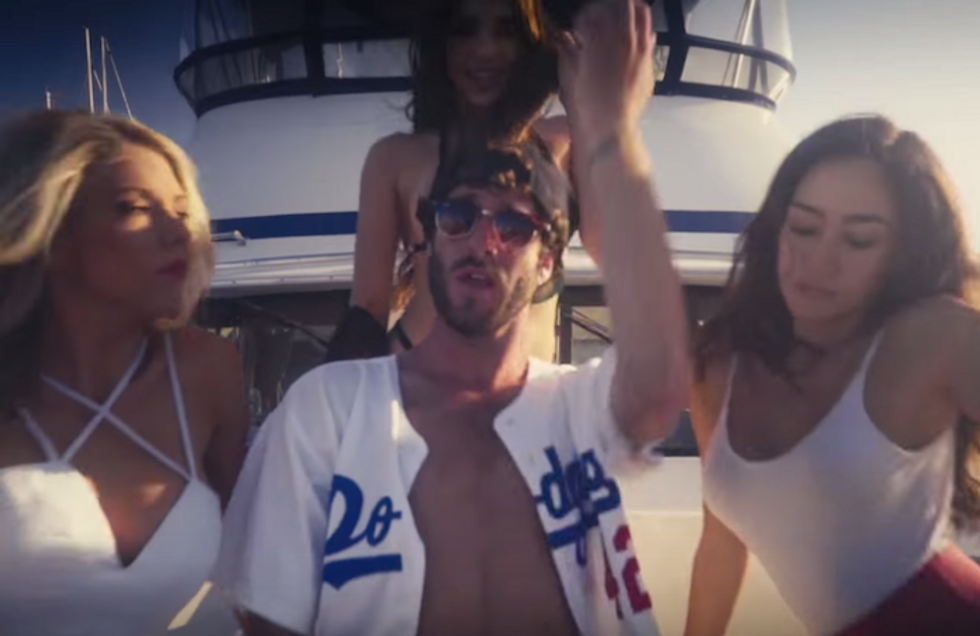 By Sandra Song
PAPERMAG
Shameless comedy rapper Lil Dicky just teamed up to film a no-budget video with Fetty Wap and Rich Homie Quan -- and the results are pretty impressive, seeing as how he basically went door-to-door in Beverly Hills asking to film in people's mansions.
A track appropriately called "$ave Dat Money" (eye-roll), Dicky has some surprisingly agile rhymes re: coupon-clipping and buying generic products -- all enhanced by Fetty's signature sing-rap schmooze and Quan's, well, serious verse. And in addition to borrowing everything from Lamborghinis to yachts to bits of T-Pain's "Make That Shit Work" video, there's also a shitton of star-studded cameos from the likes of Mark Cuban, Kevin Durant, Sarah Silverman and Broad City's Abbi Jacobson and Ilana Glazer. Watch the madness below, if not for the song, then at least for Dicky's terrible dance moves.
[h/t Billboard]
You May Also Like
LGBTQ